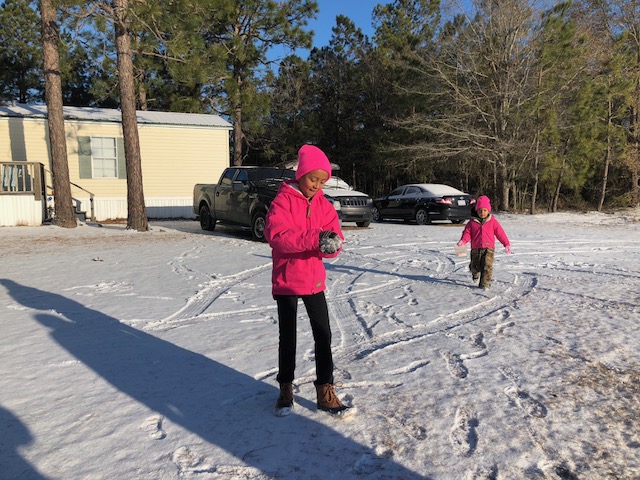 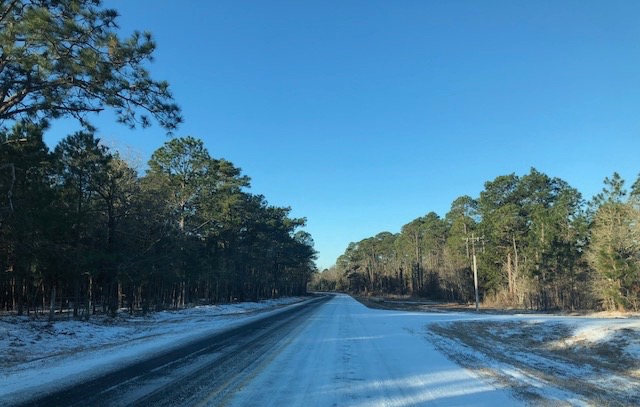 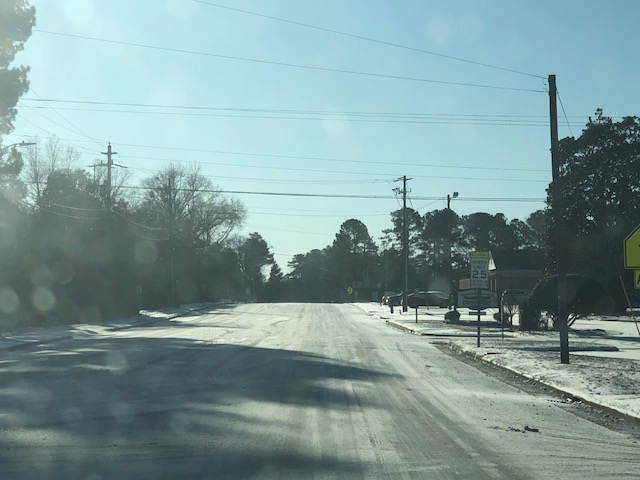 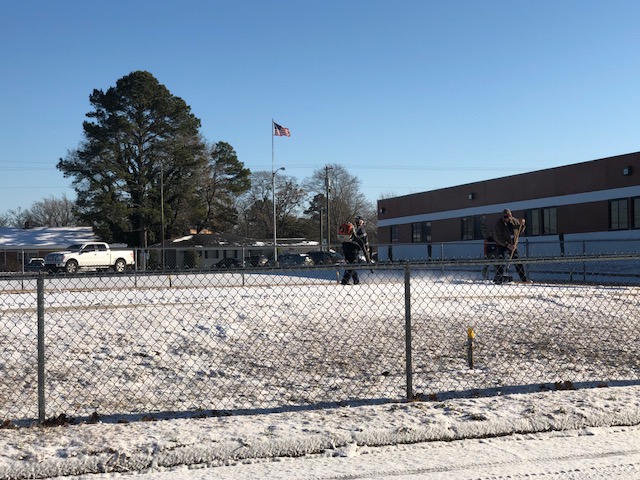 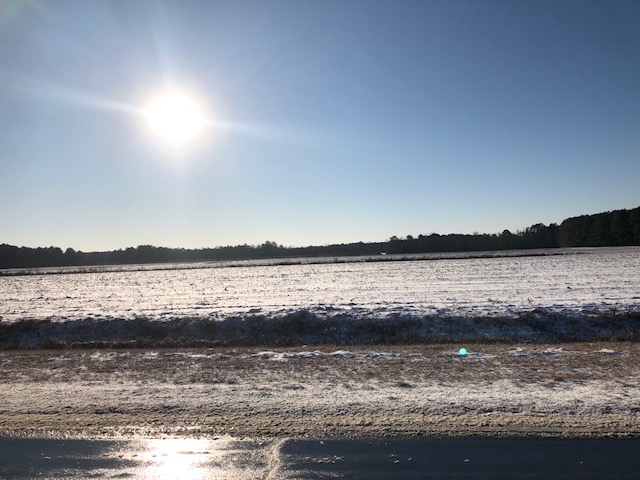 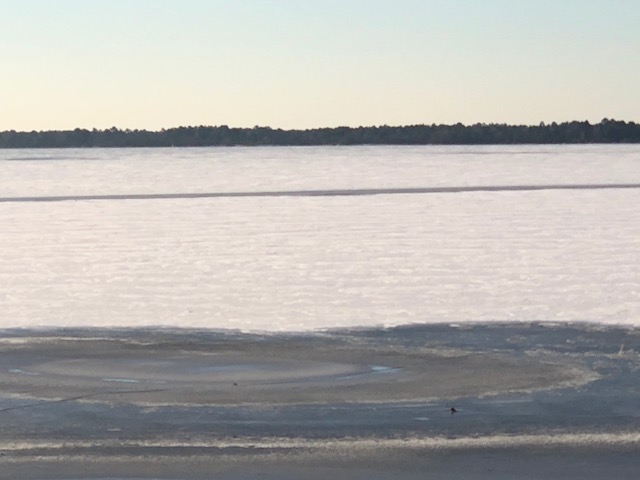 Bladen County residents woke up to a blanket of snow on Thursday morning courtesy of Winter Storm Grayson.

Children enjoyed the snow day making snow balls and snow cream.  Both Bay Tree Lake and White Lake were frozen and even received a dusting of snow and many farms in the county resembled post cards with their covering of snow.

Bladen County escaped a large amount of snow after a pocket of dry air settled over the county during much of the storm. Bladen County received about one inch of snow, according to Dave Loewenthal, with the National Weather Service Office in Wilmington. He said some isolated areas may have gotten more. Surrounding areas reported receiving from one inch in Whiteville to as much as three inches in Lumberton.

Loewenthal cautioned that now that the snow and ice have moved out of the area, the danger is not over. Temperatures for Bladen County are expected to plunge into the mid-teens overnight and any snow that thaws today has the potential to refreeze making roads dangerous on Friday morning.

Crews with the North Carolina Department of Transportation are working to clear roadways of ice and snow in the eastern portion of Bladen County. The main roads and highways such as US 701 and NC 87 are open.

Many businesses and offices chose to close for the day. Bladen County Schools and Bladen County government offices were closed on Thursday. As of press time, no announcements had been made regarding Friday’s schedule.