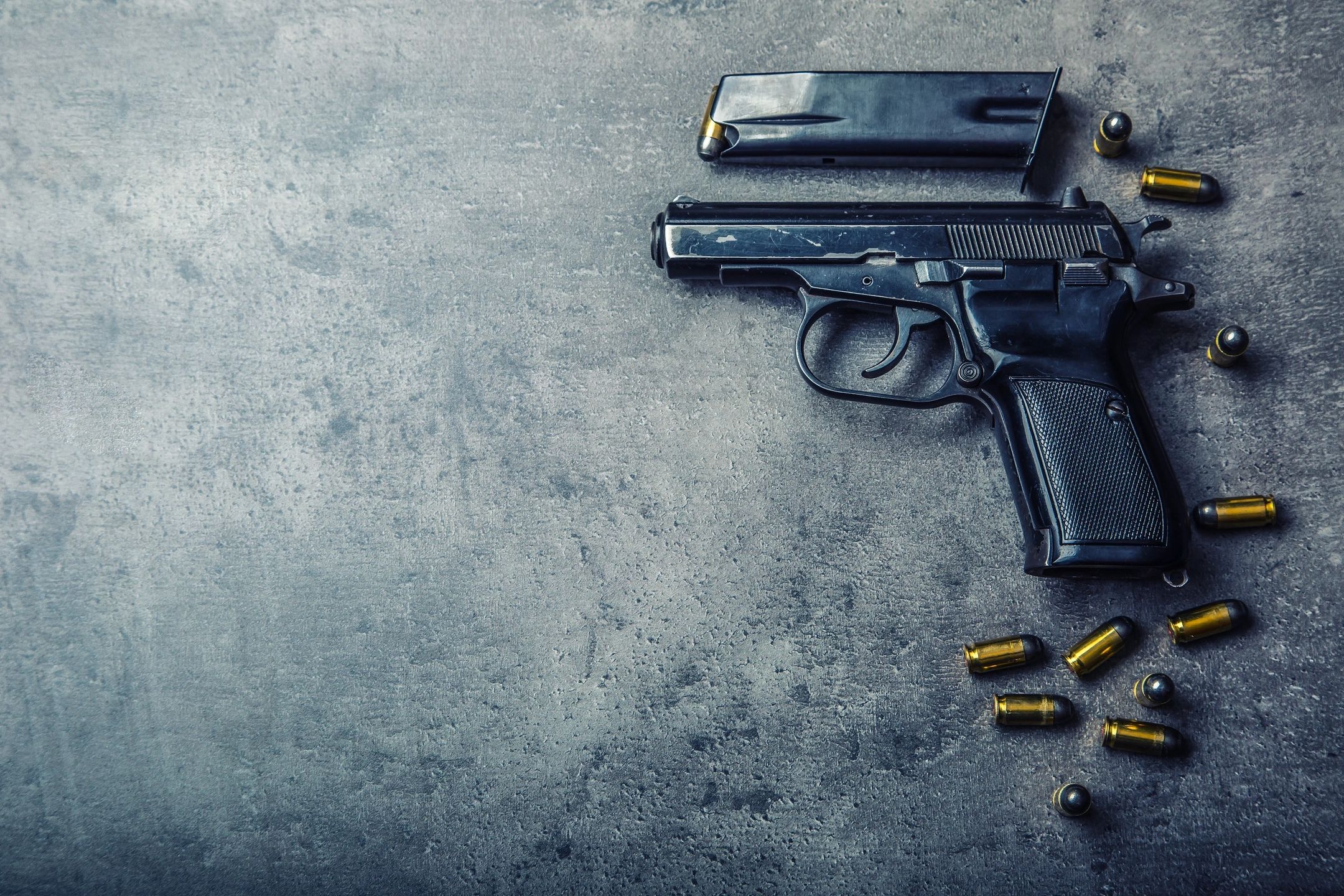 Bladen County resident, Mr. Tony Priest is seeking a resolution from county commissioners in reference to the mother county becoming a Second Amendment Sanctuary. Mr. Priest is scheduled to present his request to the Bladen County Board of Commissioners during the February 3, 2020 regularly scheduled county meeting.

Mr. Priest said, “I need the support of our Citizens. I need them to attend the meeting as a show of support to keep our rights and keep what’s happening in Virginia from happening in our county and our great State.”

According to official reports, lawmakers in Virginia voted Friday to ban firearms at the state Capitol and a legislative office building. There were protests against the gun ban, but the vote passed. More contentious gun votes are expected to come.

The Second Amendment Sanctuary Resolution will safe guard Bladen County from laws restricting gun rights such as the ones VA politicians are seeking to pass, according to Mr. Priest.

Following is the resolution as submitted by Mr. Priest.

Whereas it currently seems to have become popular throughout the United States of America to disregard the constitutional rights of citizens to personally defend themselves, their families, their homes and properties against those who desire to violate laws and cause harm.
Whereas it also seems to have become popular to enact, pass or adopt legislation and laws that conflict with the Constitution of the United States of America thereby restricting the law-abiding citizens ability to provide protection for themselves, their families, their homes and properties by limiting their ability to purchase, possess or own firearms intended for this purpose.
Be it understood that the currently popular approach of enacting legislation and /or laws that restrict law abiding citizens, rather than supporting and empowering the law-abiding citizens is regarded as unconstitutional, illegal and against the wishes and vision of the founding fathers of this great nation.
Be it further understood that the Board of Commissioners of Bladen County desires to reinforce for its citizens the understood intent and vision of the founding fathers of this country by reinforcing the rights of its citizens the constitutional right to legally own and bear firearms.
Therefore, on behalf of the citizens of Bladen County, North Carolina, the Bladen County Board of Commissioners hereby state and accept as true the following:

1. The Declaration of Independence states that people are “endowed by their Creator with certain unalienable Rights, . . . to secure these rights, Governments are instituted among Men . . . deriving their just powers from the consent of the governed”

2. John Adams wrote in 1A Dissertation on the Canon and Feudal Law (1765): “I say RIGHTS, for such they (the people) have, undoubtedly, antecedent to all earthly government, Rights, that cannot be repealed or restrained by human laws, Rights derived from the great Legislator of the universe.”

4. It is the natural tendency of civil government to expand beyond the limits of its rightful Constitutional authority and to usurp powers which have not been given to it through the delegated consent of the governed.

5. Whenever the uses of government are perverted, individual sovereignty is overtly endangered or threatened, and all other means of redress are ineffective, the People may, and in fact ought to, force the reestablishment of the original constitutional limits of government.

6. Resistance against arbitrary power and oppression is the obligation of every Patriot, as not to do so is destructive to the good and happiness of mankind. In fact, it is the duty of the People of Bladen County, through the actions of their lesser magistrates, namely local elected officials and sheriffs, to challenge the civil government when and where it exceeds or threatens to exceed its bounds.

7. The Constitution of the United States is the Supreme Law of our nation

8. The Second Amendment to the Constitution of the United States of America states: “A well-regulated Militia being necessary to the security of a free State, the right of the people to keep and bear arms shall not be infringed”

9. The U.S. Supreme Court found in Miranda v. Arizona (1966) stated that “Where rights secured by the constitution are involved, there can be no rule making or legislation which would abrogate them.”

10. The U.S. Supreme Court in the District of Columbia v. Heller (2008) decision affirmed that the Second Amendment right to keep and bear arms is not connected in any way to service in a militia

11. The U.S. Supreme Court in United States v. Miller (1939) stated that firearms that are part of ordinary military equipment with use that could contribute to the common defense are protected by the Second Amendment

12. The Fourteenth Amendment to the Constitution of the United States, Section 1, states: “No state shall make or enforce any law which shall abridge the privileges or immunities of citizens of the United States; nor shall any State deprive any person of life, liberty, or property, without due process of law; nor deny to any person within its jurisdiction the equal protection of the laws.”

13. The U.S. Supreme Court in the McDonald v. City of Chicago (2010) decision affirmed that a person’s Second Amendment rights to “keep and bear arms” is further secured by the “due process” and the “privileges and immunities” clauses of the Fourteenth Amendment. The decision also protects rights closely related to the Second Amendment, namely the right to manufacture, transfer, purchase, and sell firearms, accessories, and ammunition.

14. The North Carolina Constitution, Article I, Section 5, states: “Every citizen of this State owes paramount allegiance to the Constitution and government of the United States, and no law or ordinance of the State in contravention or subversion thereof can have any binding force”

15. The North Carolina Constitution, Article I, Section 30, states: “A well-regulated militia being necessary to the security of a free State, the right of the people to keep and bear arms shall not be infringed; and, as standing armies in time of peace are dangerous to liberty, they shall not be maintained, and the military shall be kept under strict subordination to, and governed by, the civil power. Nothing herein shall justify the practice of carrying concealed weapons, or prevent the General Assembly from enacting penal statutes against that practice:

16. The North Carolina Constitution, Article I, Section 16, states: “Retrospective laws, punishing acts committed before the existence of such laws and by them only declared criminal, are oppressive, unjust, and incompatible with liberty, and therefore no ex post facto law shall be enacted. No law taxing retrospectively sales, purchases, or other acts previously done shall be enacted”

18. The U.S. Supreme Court found in Prinz v. United States (1997) that the Federal government cannot compel law enforcement officers of the states to enforce federal laws as it would increase the power of the federal government far beyond that which the Constitution intends

2. The right, as originally written and understood, to keep and bear arms for self-defense, personal safety, protection of one’s family, and in defense of one’s community and county

3. The right to manufacture, transfer, purchase, and sell firearms and ammunition designed for those purposes outlined above, rights guaranteed by the US Constitution and the Constitution of North Carolina.

Furthermore, any regulation of the right to keep and bear arms or affiliated firearm rights that violates the Second, Ninth, Tenth, or Fourteenth amendments to the US Constitution, that violates Article I, Sections 5, 16, and 30 of the North Carolina Constitution, or that violates numerous related US Supreme Court Decisions including those listed above shall be regarded by the People of, on, or in Bladen County to be unconstitutional, a transgression of the Supreme Law of the Land and its spirit of individual sovereignty, and, therefore by necessity, unenforceable and invalid from the outset.

Moreover, the criminal misuse of firearms is due to the fact that criminals do not obey laws and this is not a reason to abrogate or abridge the unalienable, constitutionally-guaranteed rights of law abiding citizens. The last protectors of the US Constitution are We the People of the United States and our ability to fulfill that role successfully rests on our Second Amendment rights.

Therefore, the Bladen County Government will not authorize or appropriate government funds, resources, employees, agencies, contractors, buildings, detention centers or offices for the purpose of enforcing or assisting in the enforcement of any element of such acts, laws, orders, mandates, rules or regulations, that infringe on the right by the people to keep and bear arms as described and defined in detail above.

This resolution Adopted by Bladen County was assembled and written by Dr. Dan Eichenbaum, Cherokee County Commissioner, using constitutional law internet references and is based in part on similar ordinances and resolutions from Columbia and Josephine Counties, Oregon.

BladenOnline.com staff members have not been able to reach out to Bladen County officials at this time for comments. More information will be published as soon as it is made available.