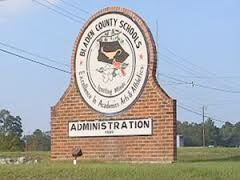 The Bladen County School Board faces a daunting task with budget concerns. Many citizens have voiced concerns about some scenarios the board offered to manage the budget. The option suggested about changes to Clarkton School of Discovery have brought objections from some community members.

Valerie Newton with the Bladen County Board of Education addressed the concerns by saying, “All options are open. One of the purposes of the Board Budget Retreat was to just talk about scenarios. To begin thinking about moving in a direction of consolidating schools is not a decision that is going to be made in one meeting. You have to start somewhere. We have to make sure we have equal access and equal opportunities for all the children.”

Transportation, text books, computers, salaries, maintenance are just some of the cost requirements the budget has to cover. According to Newton, the cost of the transportation for 94 Clarkton School of Discovery students is $250,000.

The state cut funding for text books, now those funds have to come from local dollars. The state also does not provided the funding for the laptops. However, mandates from the state requires the schools to do testing online, unless you’re a student that has an Individual Education Plan. There are up to 774 students at just one school that are required to take EOC, NC Final Exams and CTE tests online. The superintendents are trying to have legislators pass funding for lap tops and computers.

When asked about the budget concerns the school board is facing, County Commissioner Chairman, Charles Ray Peterson said, “As county commissioners, we understand and appreciate the difficult budgetary challenges faced by the Board of Education and the Administration in providing students a quality education in an environment of declining state revenue. I think it’s important for us to be reminded that the financial challenge Bladen County Schools is experiencing is due, in large part, to the ongoing decline in student population and the corresponding loss of State funding, which is directly tied to the student population.”

A large amount of the Bladen County School’s General Fund and Capital Outlay Fund, was used for general operating expenses in the fiscal year of 2014. A large portion of the funds were used to fund staff positions previously funded with revenue from the state according to reports.

Four positions have not been funded this year at the Board of Education. That is about 10% of the staff according to Newton.

“Bladen County is not in a financial position to supplant the loss of State funding to Bladen County Schools, which is again due in large part to the decline in student population. The Board of County Commissioners is challenged with providing sufficient funding for quality services and programs throughout the county, while maintaining a reasonable tax burden for our citizens, many of whom are on fixed incomes. At the same time, as commissioners, we understand the responsibility we have, and the members of the Board of Education have, to be good stewards of taxpayer funds and we must manage within our respective budgets. The members of the Board of Commissioners strongly support education, specifically Bladen County Schools, and that support has been demonstrated by increasing financial support over the past 8-10 years, even during difficult economic times. Even though many counties reduced funding for school systems during difficult economic times, Bladen County chose not to reduce school funding.  As Board members, we will continue to support Bladen County Schools going forward.”

When asked how the citizens may support the board, Newton said, “I would encourage the citizens to attend as many board meetings as possible so they can actually hear the processes and procedures that take place when  you start talking about the budgetary needs. This way they get the true information and dispel any misconceptions.”

Writing our elected officials in support of the quarter cents sales tax increase and requesting it be earmarked for Bladen County Schools’ improvements and facilities needs would be another way to assist with the budget concerns.

In addition to the benefit of having the quarter cents sales tax there is a legislative proposal that would change the way local sales tax revenues are distributed. Currently the sales taxes are distributed on a “point of sale” basis, which benefits cities with large shopping centers and /or tourist areas. The legislative proposal would distribute all local sales tax dollars based on population instead of the current distribution system. This would have positive financial effect on Bladen County.

However, in order for Bladen County to receive these positive financial benefits, elected officials would need to reconsider the provision in the legislation precluding counties from enacting additional sales tax by resolution if a referendum  has failed within the past five years. If citizens would write the elected officials asking the officials to reconsider the provision Bladen County could move quickly in implementing an additional sales tax  to generate revenue that would address facilities’ needs in Bladen County Schools.

Bladen County Board of Commissioners