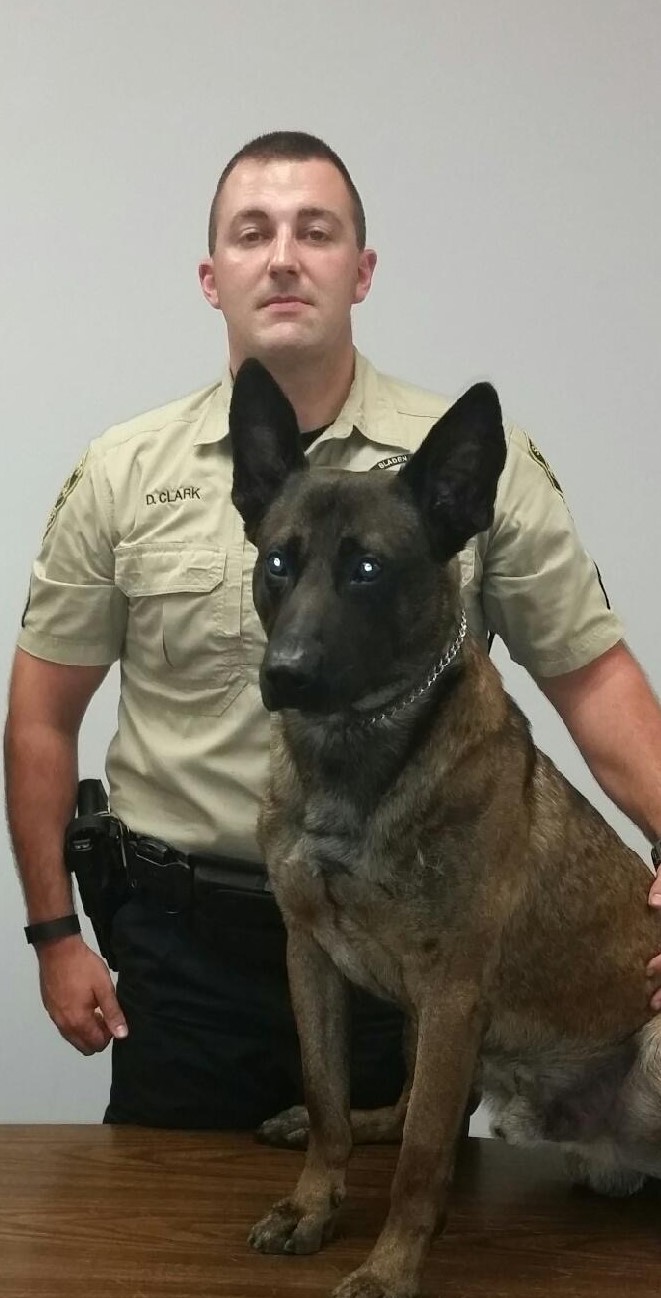 On October 10th, 2019 at approximately 7:00 p.m. the Bladen County Sheriff’s Office and the Clarkton Fire Department were dispatched to the 3000 Block of Elkton Road in Clarkton, North Carolina. The call was in reference to an elderly missing person that had wandered away from his home.

Family members on scene advised the emergency officials the missing person was last seen approximately one hour earlier and left the residence on foot in an unknown direction of travel.  The family was concerned about their loved one because of a cognitive disability.

The victim was unharmed and was transported by EMS to a medical facility where he was evaluated.  Family members personally contacted Bladen County Sheriff Jim McVicker about the outstanding job that Sgt. Clark and K9 Jaxx did.

“Sgt. Clark and Jaxx do a great job for our Sheriff’s Office,” Sheriff McVicker stated,  “This situation could have ended much differently if this individual had not been found when he was.” He continued, “Our K9’s are a valuable resource that help us in all kinds of situations, from missing persons, man hunts for suspects, drug searches and officer safety.”

“We are glad to have them as part of our team as well as the Clarkton Fire Department that did an outstanding job keeping the area secured for our K9 to work,” Sheriff McVicker added, “We appreciate the relationship that we have with our fire departments and emergency services,” said Sheriff McVicker.