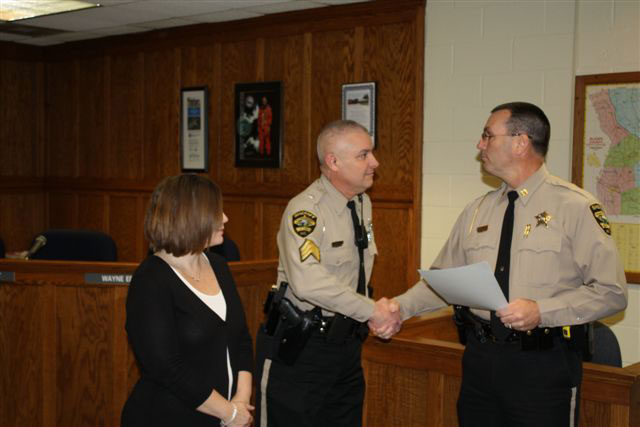 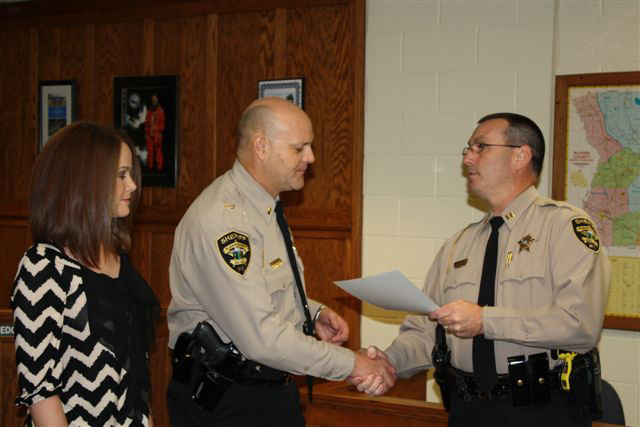 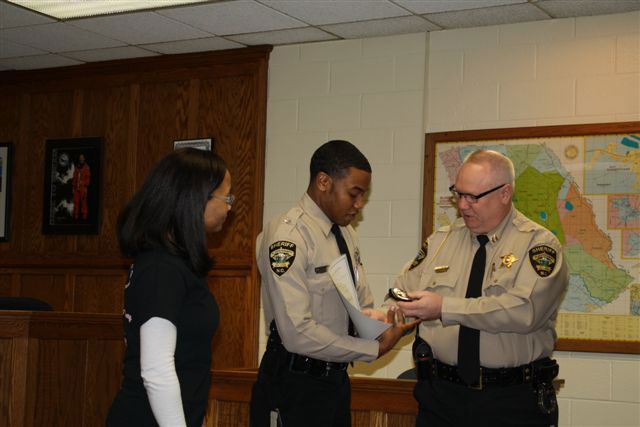 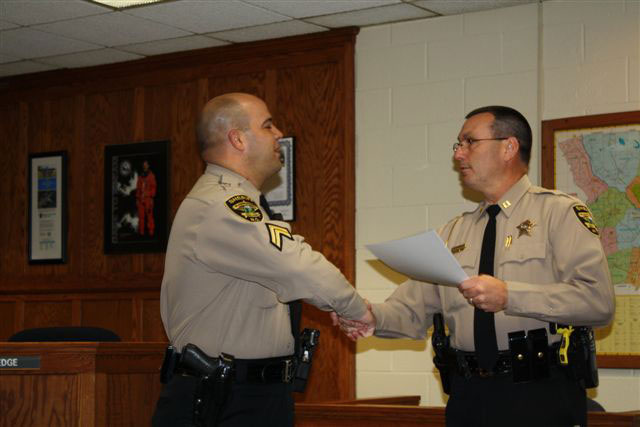 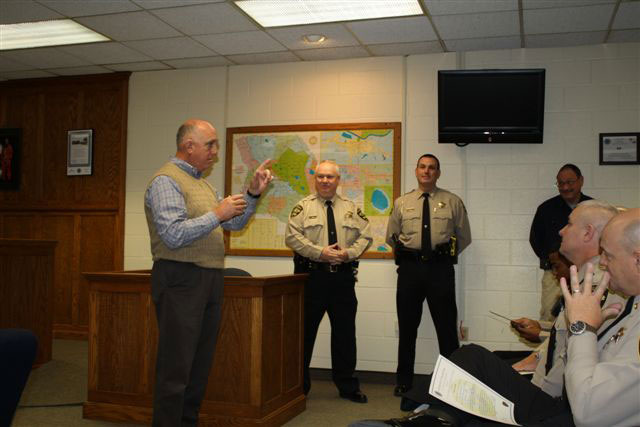 Bladen-county-Sheriff McVicker
Thomas Atkinson was promoted to Sgt and was accompanied by his wife Kim.  Chad Britt was promoted to Corporal.
Captain Jeff Tyler announced the promotion of Investigator Hakeem Brown, as his wife, Trelena, looked on.
In brief comments following the promotions, Sheriff McVicker welcomed representatives from the N.C. Highway Patrol and Elizabethtown and White Lake Police Departments.
He told deputies, their family and friends, he was attempting to involve all law enforcement in the county as one big family that works together to make Bladen County a better, safer place to live.
Share: