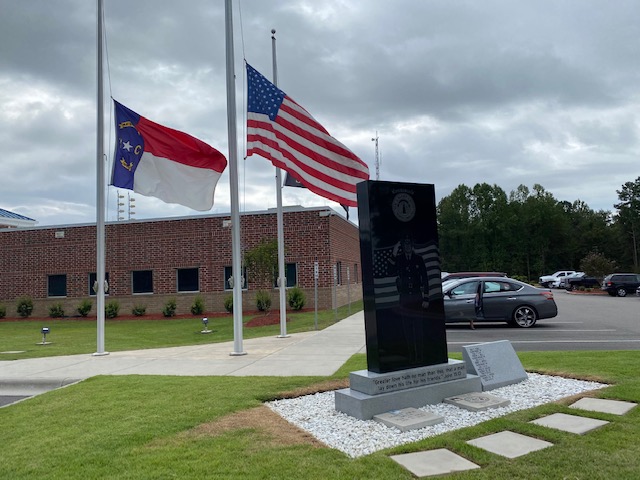 Bladen County Sheriff’s Office flags are flying at half-staff as seen in the photo.

Please note, all North Carolina flag announcements are issued in accordance to regulations outlined in the US Flag Code.