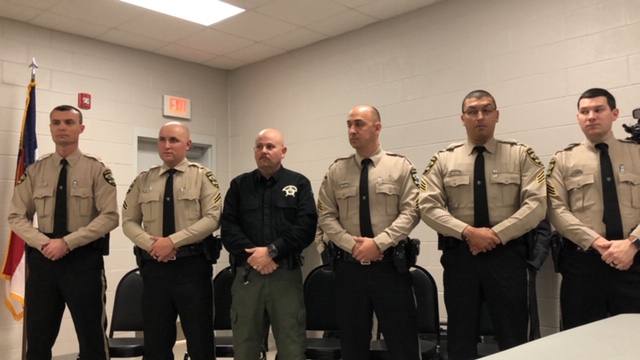 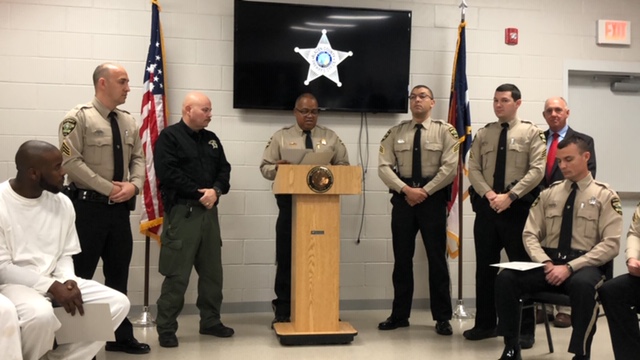 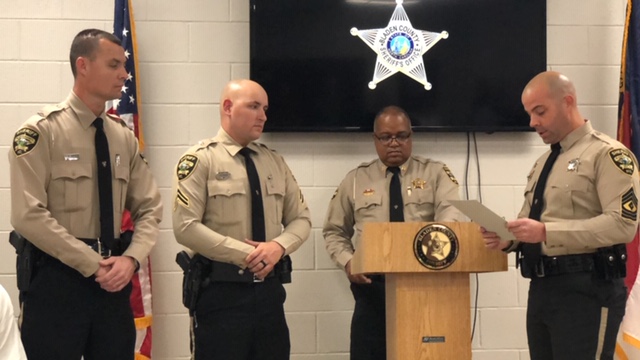 “We have had a very successful four years,” said Sheriff McVicker.

Sheriff McVicker took the time to thank all of the deputies for their hard work and their service to the Sheriff’s Office. He also thanked the three inmates, Frank Edens Jr. Rosendo Morales-Sanchez, Roy William Smith, for their quick thinking that saved the life of Deputy James Smith. They were recognized prior to the promotion ceremony.

“I am so very proud of all of the people in this office. I look forward to working them every single day,” said Sheriff McVicker.

Sheriff McVicker added that each individual is well trained and understands their job.

“I am so looking forward to seeing what they are going to turn out to be. These people one day are going to be running the Sheriff’s Office and I feel like if they do, that we have achieved something,” said Sheriff McVicker.