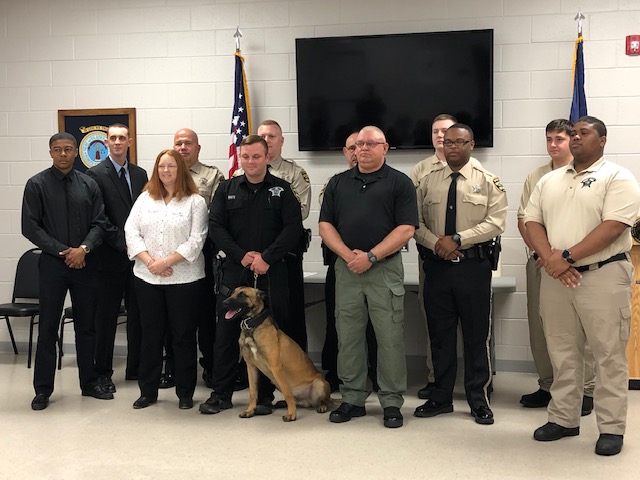 Bladen County Sheriff Jim McVicker welcomed the family members and friends who gathered for the ceremony to the Bladen County Law Enforcement and Detention Center.

“I think it’s a big event (being promoted or recognized),” said Sheriff McVicker. “I think they need to be recognized and that is what we’re doing here today.” 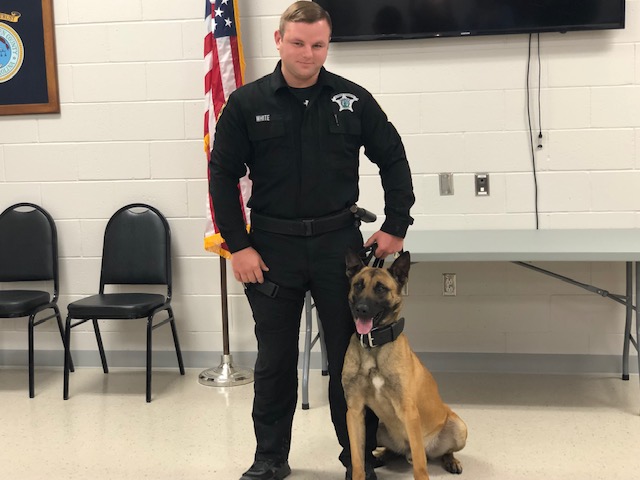 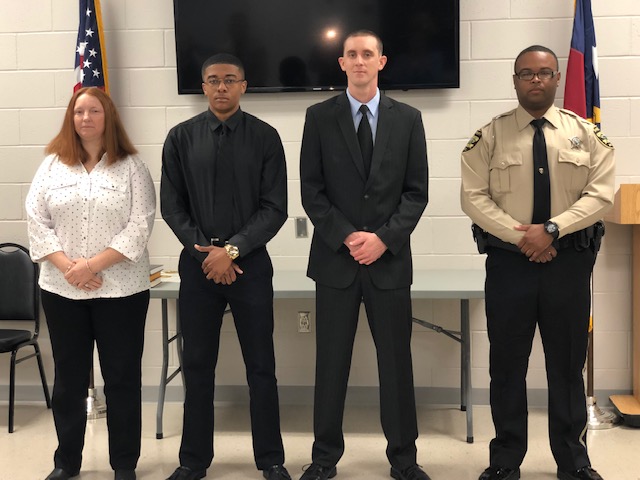 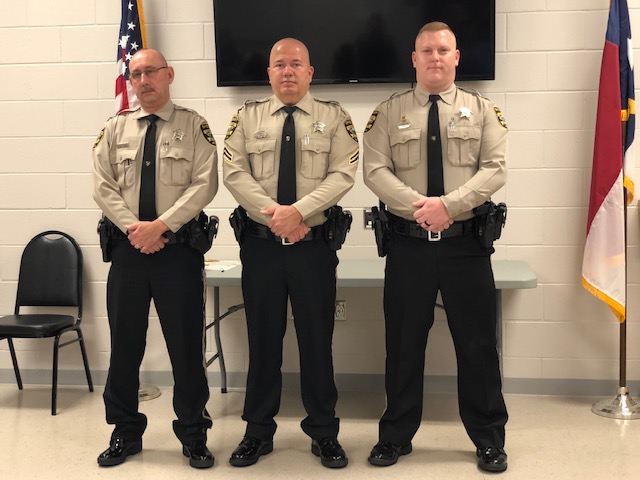 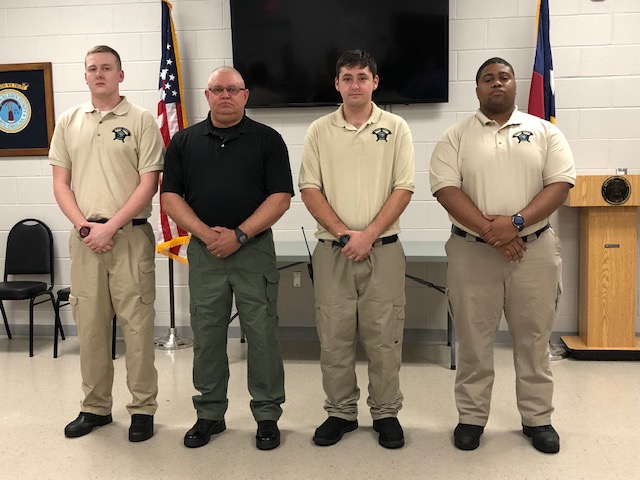 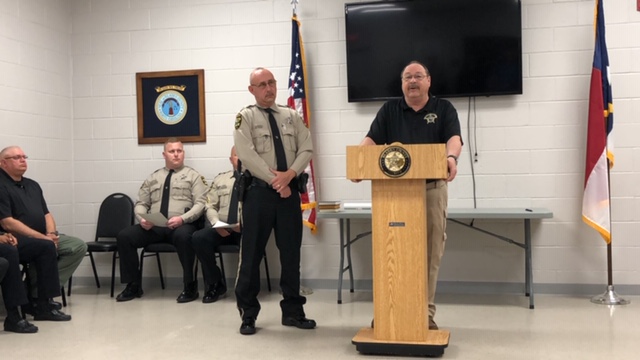 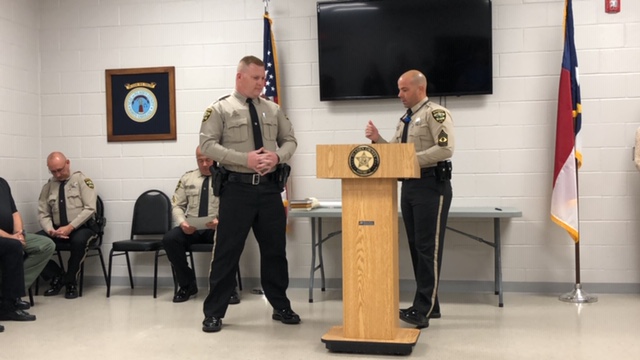 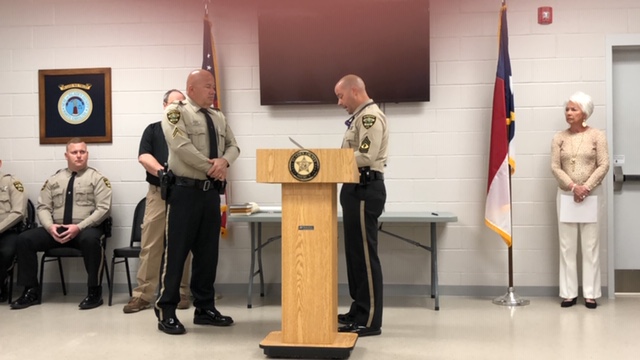 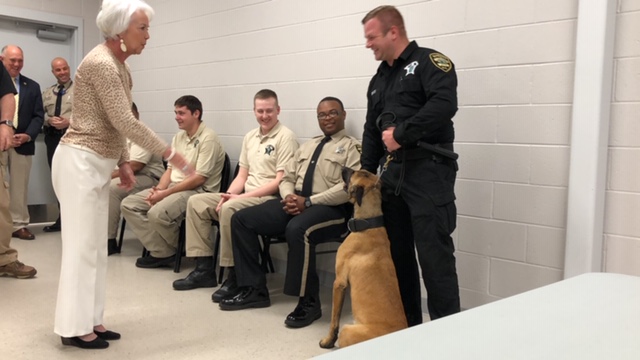 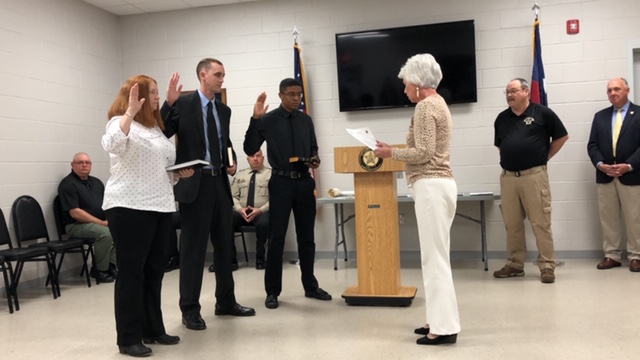 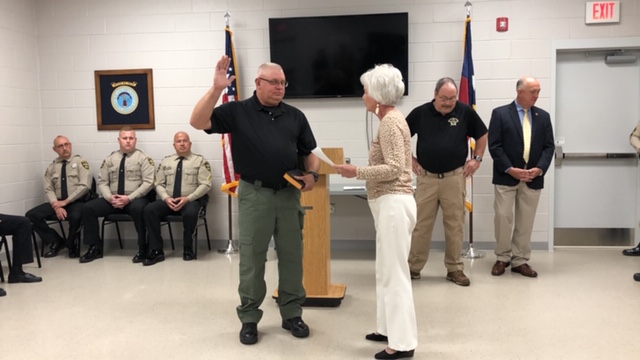 Bladen County Clerk of Superior Court Niki Dennis administered the Oaths of Office to four newly hired deputies on Wednesday as well. They were William Hicks who will join the Detention Officers, and Deputies Jennifer Popynick, Aaron Brisson, and Phoenix Nichols. One special recognition went to K-9 Orex, who is a 2-year-old Belgian Malinois, who will be assigned to handler Wesley White. Sheriff McVicker said the addition of Orex brings the number of K-9 officers to two at the Sheriff’s Office.

Others who were recognized included recently hired deputies Donte Locklear, Andrew Thompson, La’Dreveus Baldwin and Austin Porter. Three deputies were also recognized but were unable to attend the ceremony. They were Robert Ivey, Rena McMillan, and Duane Lee.

Sheriff McVicker took the time to thank all of the deputies for their hard work and their service to the Sheriff’s Office.