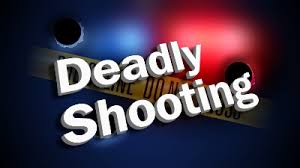 The Bladen County Sheriff’s Office is asking for anyone with information regarding the identities of the suspects in a shooting that left one immigrant dead on Friday night. The shooting occurred on Oakview Trail near Elizabethtown.

Leonardo Zongua, 33, was shot and killed during the robbery attempt. Chief Deputy Larry Guyton said the purse of the victim’s wife was stolen during the incident and she told investigators it had her paperwork in it.

Bladen County Sheriff’s Office Chief Deputy Larry Guyton said, “We do believe they (the suspects) are local.” The suspects are described as a group of 4 to 6 black males who appeared to be in their late teens or early 20s.

He said there were six victims consisting of 5 males and one female, who were migrant laborers. They were living in a rented mobile home on Oakview Trail. Chief Deputy Guyton said the victims are in Bladen County to work in the blueberry fields. He said they had been working in the fields and had returned to the mobile home and cooked a meal and were outside sitting in the yard.

Chief Deputy Guyton said they were approached by a group of 4 to 6 black males who appeared to be in their late teens to early 20s. Chief Deputy Guyton said the men asked them if they wanted to buy some marijuana and they declined. He said when they declined the men produced guns and ordered everyone to get on the ground and proceeded to rob them. They made two of the victims go inside the home where they searched it.

Chief Deputy Guyton said one of the victims tried to grab the gun from one of the suspects and struggle ensued. Another worker joined in to help and shots were fired resulting in the death of Zongua.

“They were preying on them because they knew historically migrant workers keep their earnings in cash and keep it on them. Of course, they are transitory so they don’t use banks,” said Chief Deputy Guyton.

He said crimes of this nature happen and have been occurring for many years. Chief Deputy Guyton said the migrant laborers are easy targets. He said often there is a language barrier and they tend to be wary of law enforcement and they are transient, meaning they move from place to place.

Chief Deputy Guyton said when it comes to situations of this nature, the immigration status of the crime victim is immaterial. He added when an immigrant is here illegally, deputies must work to earn their trust to get the victim to give them their correct name and other pertinent information so they can stay in contact in the event an arrest is made. He said, in this case, at least three of the victims, including Mr. Zongua, appear to be here legally.

If you have any information regarding this case, you are asked to call the Bladen County Sheriff’s Office at 910-862-6960.