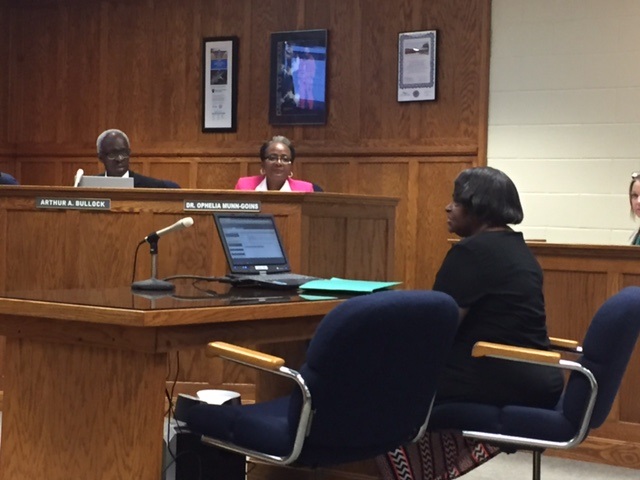 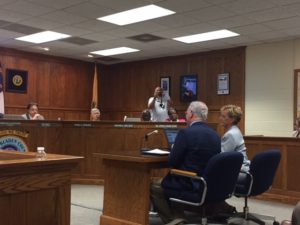 The Bladen County Board of Commissioners learned about a new initiative at Bladen Community College called the North Carolina Work Ready Communities Initiative. Following the presentation, the Board voted to approve a resolution of support for the initiative.

The Work Ready designation is a certification which consists of four assessments, according to Sondra Guyton, Vie-President for workforce and Continuing Education at the college. She explained the four assessments are scored and a person can earn a score from bronze to platinum. The higher scores indicates a person’s skill level and preparedness for the workplace, said Guyton. The Work Ready Certification is a credential the individual can put in a portfolio and it is a way to identify their skill level.

“Business and industry employers can prefer or require new hires to have the certificate in place,” said Guyton. She added the Work Ready Certification is recognized in every state.

She said, “We are here to enlist support for Bladen County to become a Work Ready Community.”

The board voted to approve a resolution of support for the Work Ready Communities Initiative.

In other business, Ms. Joan Avant addressed the board regarding an incident with her mother, Ms. Robinson. She told the board they had been transported by the BARTS system to a doctor’s appointment in Wilmington and were left there with no transportation.

She explained it was a 100 degree day and they had no transportation. Avant said her mother was having x-rays performed at the time. She was unhappy with a letter which was sent to her by BARTS.

“I think something needs to be done for seniors,” said Avant.

According to Kelly Robeson, Director of Bladen County Department on Aging, the BARTS driver made a concerted effort to have Ms. Avant and her mother return to the van for the trip back to Bladen County, but Ms. Avant declined the offer.

The board met later in a closed session regarding the matter but took no action in open session.