Bladen County has been placed under a tropical storm watch and flash flood watch through late Thursday night by the National Weather Service because of expected heavy rainfall from Hurricane Michael.

Michael is expected to move across the region as a tropical storm Thursday and into Thursday night. Tropical storm force winds are possible, says the National Weather Service. Based on Michael’s current track, tropical storm winds are most likely to arrive by early Thursday afternoon in southeastern North Carolina.

As of 11 p.m. Tuesday, Michael was about 710 miles southwest of Wilmington with winds reaching 125 miles per hour. The storm is moving north and 12 mph. Michael is expected to move inland over the Florida panhandle or Florida Big Bend on Wednesday, and then move northeastward toward the Carolinas.

The storm is expected to produce between two to four inches in southeastern North Carolina with locally higher amounts through Thursday night, according to the flood watch.

The ground remains saturated in many areas from significant rainfall received last month from Hurricane Florence. Elizabethtown recorded almost 36 inches of rain during the storm. Therefore, the National Weather Service says it will not take much rainfall from Michael to produce new flooding.

The Cape Fear River and Lumber River could reach minor or moderate flood stage by the end of the week or over the weekend, according to the National Weather Service.

Unlike Florence, Michael is expected to move quickly across the Carolinas and winds will improve by Thursday night. 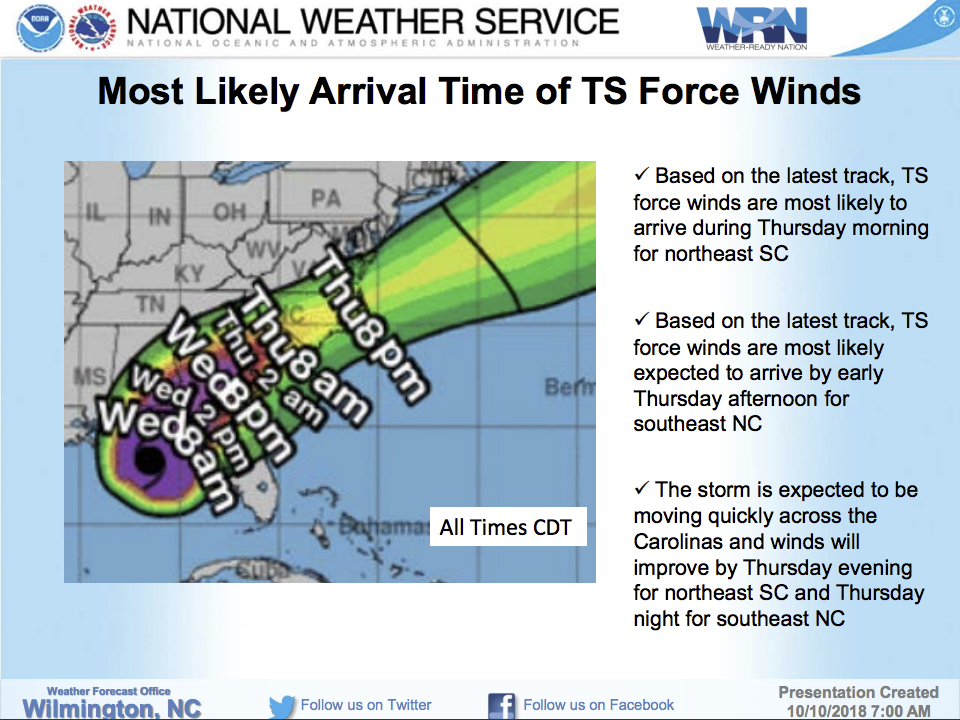