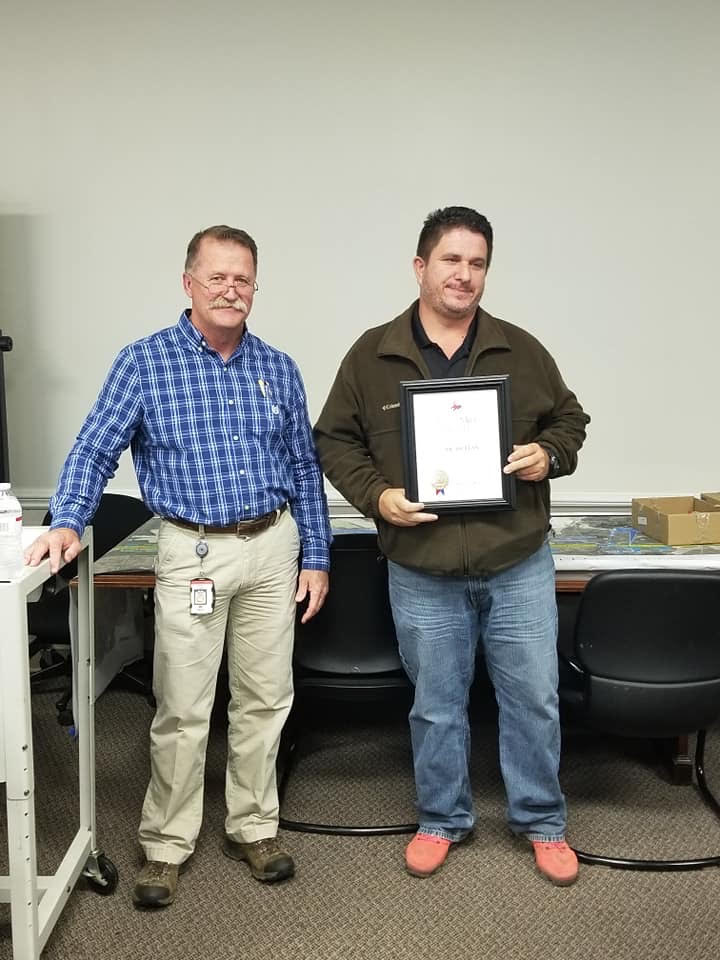 11/18/2019
Spread the love
Ken Clark, District Engineer with North Carolina Department of Transportation confirmed last week Mark McLean, Transportation Technician II  was presented with the NCDOT “Extra Mile” award. McLean received the award on for going above and beyond his regular scope of work.
Clark explained the incident McLean responded to with readiness to serve earning him the distinctive award.  A lawn mower overturned on a gentleman on Highway 131, pinning the victim under the mower. McLean noticed the critical dilemma and rendered aid to the man until emergency personnel arrived on the scene.
After the first responders took control of the victim’s needs, McLean started directing traffic until the scene was secure.
“Mark went above and beyond the call of duty to do more than expected, this is why he was awarded the Extra Mile,” Clark said.
The Extra Mile Award is a special honor created to recognize those who have shown concerted effort in doing something above what is expected.

In relation, NCDOT announced, November 10 through November 16 is National Traffic Incident Response Awareness Week, which brings attention to the dangers emergency personnel face when responding to a traffic incident.

The response of drivers passing by an emergency situation is just as important as the response of the person towing a vehicle, rescuing the trapped, healing the injured and investigating the incident.

If you are the driver, make sure to slow down when approaching an incident scene or construction while traveling in traffic.