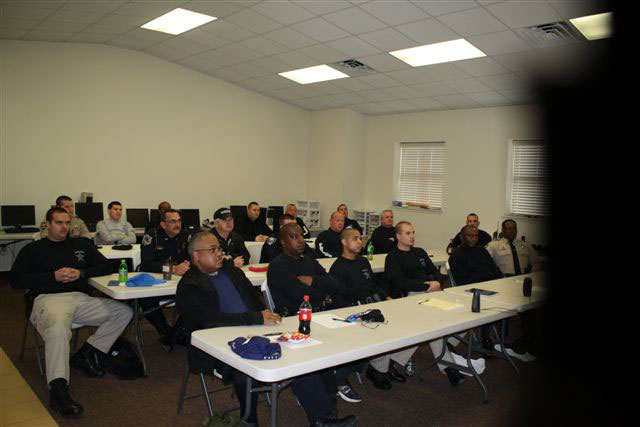 86 Bladen County law enforcement officers are going through training to learn new techniques or reinforce previous training in making an arrest, including stopping vehicles, handcuffing and dealing with difficult circumstance in general. 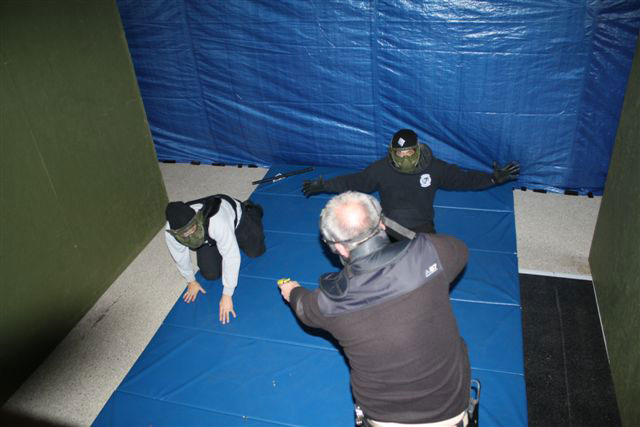 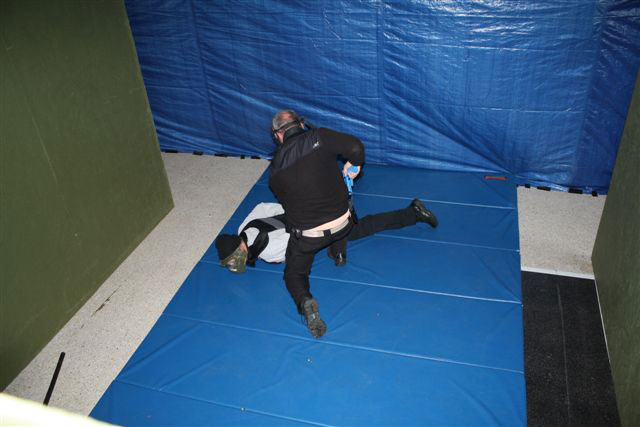 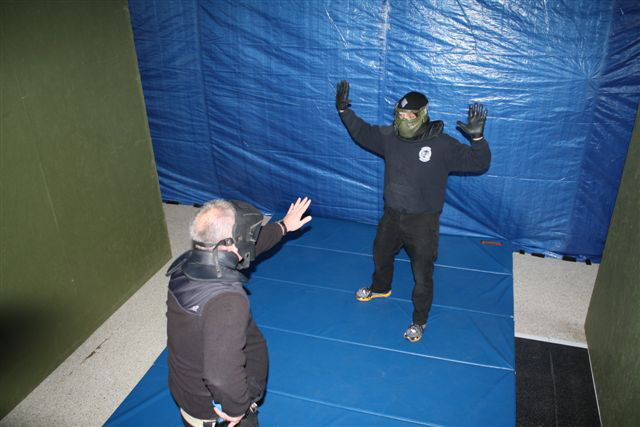 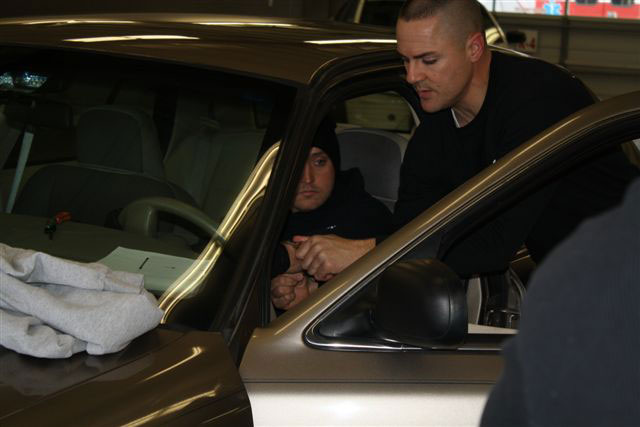 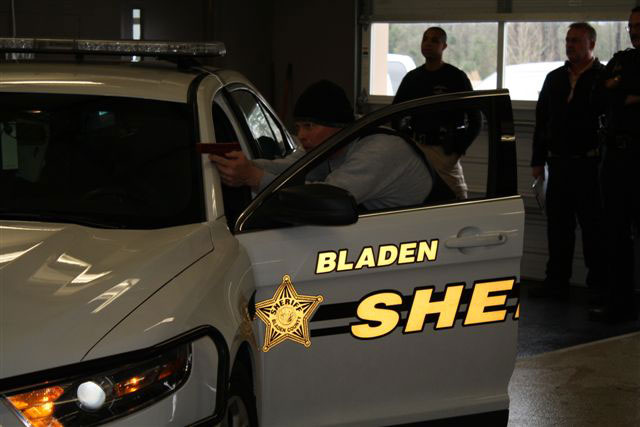 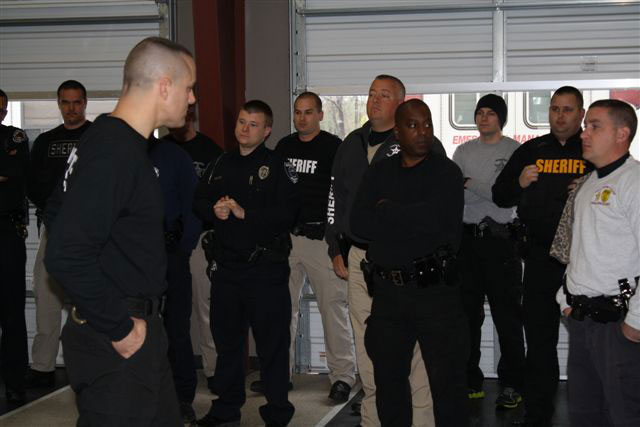 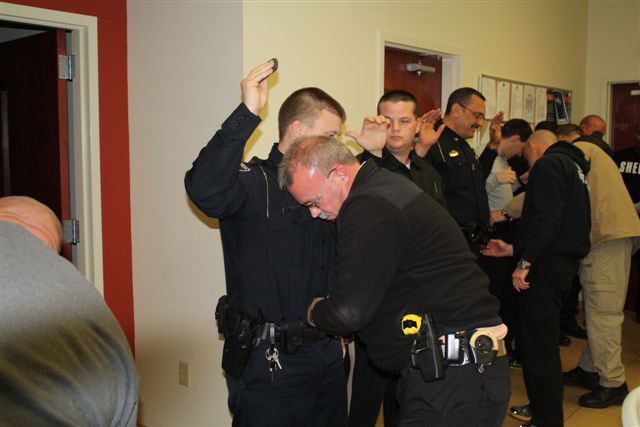 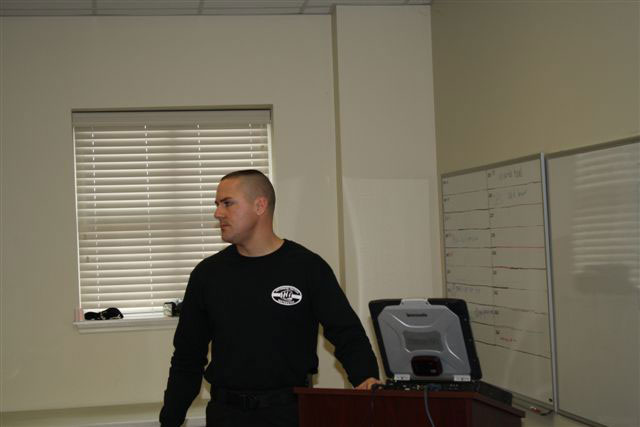 Bladen-County-Sheriff-Dept-Training-2.26.15-002
NC Highway Trooper Andrew Pait is coordinating the training.  He is being assisted by other troopers and Chief Deputy Larry Guyton. Troopers Phillip Collier and Atlas McVicker demonstrated stopping a vehicle, clearing the vehicle of all occupants, handcuffing and making an arrest. Each officer received ‘on the job training.’
Pait pointed out that every deputy in the Bladen County Sheriff’s office would be in one of four classes as well as part-time officers. Police officers from Elizabethtown, Bladenboro, White Lake and Clarkton were invited and are also participating.
Topics include situations that law enforcement officers deal with every day including ‘high risk known stops,’ extractions and ‘Stress Inoculation Box’ training, actual hand to hand, up close encounters.
The Stress Inoculation Box allowed the use of weapons in a 15 by 15 box using plastic ammo with colored soap, to make it look real but the weapons had no powder, just a loud noise. There was training on deadly force and less than lethal force.
Safety was stressed and each officer was patted down before entering the training session to make sure there were no weapons.
Trooper Pait said the training was the same training that 1800 NC troopers recently received. He said it was the best training he had in his 15 years of law enforcement.
Sheriff Jim McVicker promoted the effort and invited all local law enforcement agencies in the county to participate, promoting a cooperative team effort approach county wide.  The training is being held at the EMS headquarters in Elizabethtown.
Trooper Pait, Sgt. Barry Pait, (training officer for the county) and Sheriff McVicker expressed their appreciation for all the participants, and also to Bladen Builders for providing supplies for the training, and to Commissioner Billy Ray Pait for assisting in the construction of the Stress Inoculation Box.
The training is being held on Tuesdays and Thursdays and after the most recent session, approximately 40 participants have completed the course.
Share: