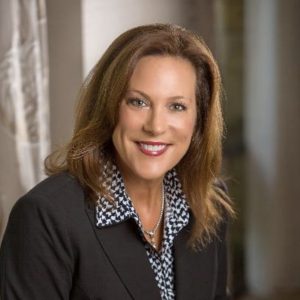 Lynn Minges, a native of Bladenboro, has served as President & CEO for the North Carolina Restaurant and Lodging Association (NCRLA) since December 2012. In this role, she works to protect, educate and promote the diverse interests of North Carolina’s hospitality industry. The industry represents more than $22 billion in sales annually and employs 13 percent of the state’s workforce.

Prior to accepting her current position, Minges served as Assistant Secretary for Tourism, Film, and Sports Development with the North Carolina Department of Commerce. During her 20- year tenure, tourism revenues in the state more than doubled, cooperative marketing partnerships grew to more than $6 million annually and North Carolina grew market share to become the sixth most visited state in America. Under her leadership, the department was recognized with more than 30 awards for organizational and marketing excellence.

Minges currently serves as Vice-Chair of the Council of State Restaurant Associations and is a Board Member of the International Society of Hotel Association Executives, and the NC Travel and Tourism Coalition. She has chaired both the National Council of State Tourism Directors and Travel South USA.

In recognition for outstanding service to the state of North Carolina, she was awarded the Order of the Longleaf Pine by Governor Beverly Eaves Perdue. In addition, she has been recognized by Triangle Business Journal with their Outstanding Women in Business Award and was named Career Woman of the Year by the Business and Professional Women of North Carolina.

Minges is native of Bladenboro and is a graduate of Peace College and North Carolina State University.

She and her husband, Brad, make their home in Raleigh and have two grown daughters