The Bladen County Board of Commissioners passed a resolution Feb. 3 declaring the county as a constitutional rights protected county of the Second Amendment.

The Second Amendment of the U.S. Constitution deals with firearms ownership. It reads “A well-regulated Militia being necessary to the security of a free State, the right of the people to keep and bear arms shall not be infringed.” 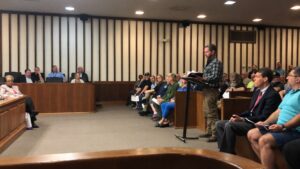 The resolution was brought before the board by Tony Priest. He told the board during its meeting in the Superior Courtroom of the Bladen County Courthouse that the resolution means “the county will oppose possible gun control laws” and that commissioners “would be expressing their deepest commitment in protecting the constitutional right of all citizens in Bladen County to keep and bear arms.”

Hog farmers await a ruling in their appeal of five verdicts in nuisance cases brought by neighbors of those farms. Since 2018, North Carolina federal district court juries have awarded 34 plaintiffs in five lawsuits over $500 million in compensatory and punitive damages for hog farm nuisance claims. On Jan. 31, the Fourth Circuit Court of Appeals in Richmond, Virginia, heard oral arguments in the first case of McKiver v. Murphy-Brown. 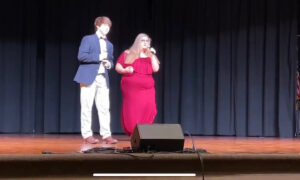 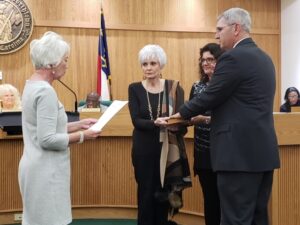 Rich Glenn was sworn in Feb. 3 to a seat on the Elizabethtown Town Council. He replaces his father, Richard “Dicky” Glenn, who died in December.

Strong thunderstorms and gusting winds hit Bladen County on Thursday and into Friday morning. Schools were released early Thursday in advance of the storm. 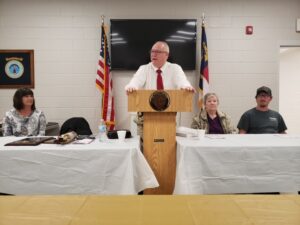 Bladen County Sheriff’s Capt. Jeff Tyler retired after 25 years in law enforcement. “He is a valuable team member and he will be greatly missed,” Sheriff Jim McVicker said. Tyler had worked with the Sheriff’s Office since 2005.

And, finally, February may be the shortest month on the calendar, but columnist Jefferson Weaver is no fan of “February’s foulness.” Check it out.