Churches can now hold services inside sanctuaries, Bladen County added confirmed cases of COVID-19 and a Smithfield Foods worker speaks out about the plant’s safety precautions. Those stories were among the news last week in Bladen County.

U.S. District Courth Judge James C. Dever III (pictured, left) on Saturday put a temporary block on Gov. Roy Cooper’s restrictions on indoor religious services as outlined in the Stay at Home Executive Orders. The state said it did not plan to appeal the ruling. Both the judge and Cooper’s office reminded religious leaders to adhere to the social distancing guidelines.

Bladen County had 68 confirmed cases of COVID-19 as of Friday afternoon, according to the Bladen County Health and Human Service Department. Two people had died from the disease and 48 were reported recovered.

Testing is now available at several clinics in Bladen County as well as a drive-thru testing site in the Walmart parking lot in Elizabethtown. 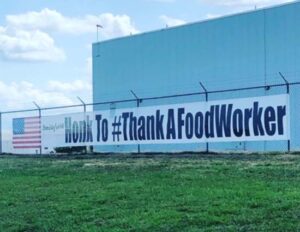 Although the COVID-19 outbreaks have caused fear and alarm among many people working in the meat processing industry, one employee explains the extra precautions Smithfield Foods in Tar Heel is taking to protect their employees.

Smithfield has provided the necessary PPE for its employees, according to Rob Allen. In addition to providing the necessary PPE, department start and end times have been staggered in such a way that two departments barely come into contact with each other.

Gov. Cooper eased some restrictions effective Friday as part of his three-step plan to return to normalcy following the COVID-19 outbreak. More businesses were allowed to open and people could venture out for more than necessities, according to Cooper (pictured, left), but businesses such as gyms, salons and barber shops remained closed. If Phase One of the plan goes well, the Governor said Phase Two could begin as early as May 22. 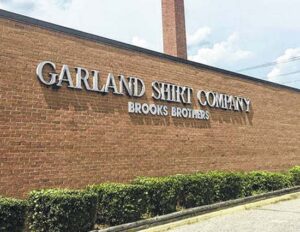 Brooks Brothers announced Friday that it will permanently closing the Garland Shirt Factory on July 20 because of “unforeseen business circumstances resulting from the effects of the COVID-19 pandemic.”

The company said in a warning notice to the N.C. Department of Commerce dated Wednesday that the closure would affect 146 employees. 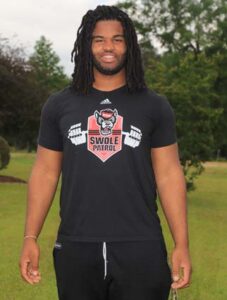 Larrell Murchison and the Tennessee Titans have agreed to terms on a four-year contract valued at $3.57 million. according to the EnterSports Management firm that represents Murchison.

The Titans selected Murchison (pictured, above) in the fifth round of the National Football League draft with the 174th overall pick making him the first Bladen County athlete to be drafted by the NFL. 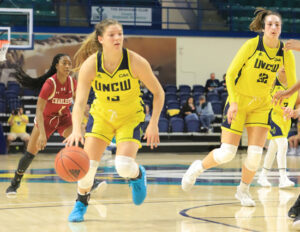 Lacey Suggs was named the Most Valuable Player for UNC Wilmington’s women’s basketball team Friday as the 2019-2020 Lady Seahawks’ basketball awards were published via twitter.

Suggs (pictured, above) scored in double figures in 22 of 30 games for the Lady Seahawks and averaged 12.8 points per game. The East Bladen grad grabbed a team-high 5.2 rebounds per game and was second on the team in steals with 53.

Stay safe and enjoy the week ahead.