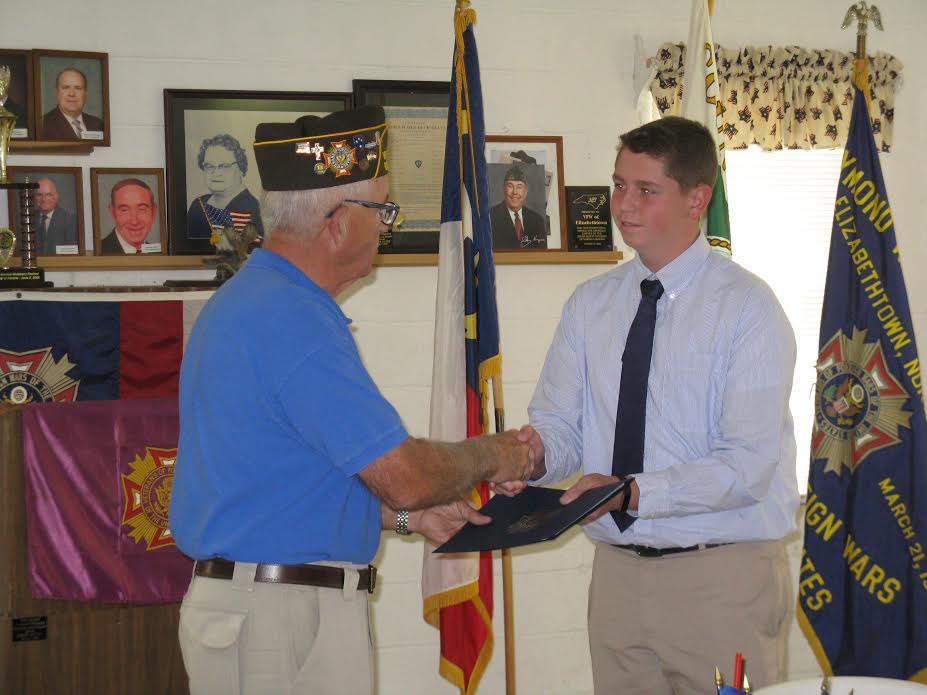 The Raymond W. Biglow Veterans of Foreign War (VFW) Post 8062 held their regular monthly meeting on Saturday, May 20th, and afterwards hosted a reception for recipients of the Smart/Maher VFW National Citizenship Education Teacher of the Year, the Patriot’s Pen and the Voice of Democracy awards for the local Post. 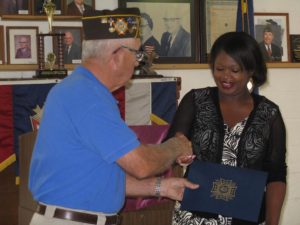 The VFW Teacher of the Year award recognizes classroom teachers who teach citizenship education topics and promote America’s history and traditions. Ms. Lennon was nominated by her school principal. 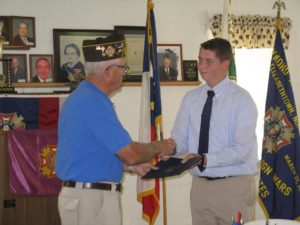 The Patriot’s Pen was open to students in grades 6 – 8. Nick wrote a 300 – 400 word essay on “The America I Believe In”. He was nominated by his history teacher, Mrs. Nancy Clark.

The Voice of Democracy was open to students in grades 9 – 12. Dylan wrote and recorded a 3-5 minute essay on the theme of “My Responsibility to America”. 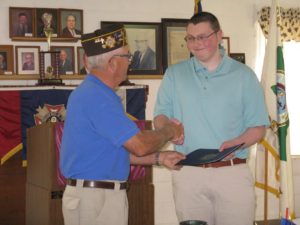 Dylan was nominated by his history teacher, Mrs. Sunday Allen.

The VFW Post meets the third Saturday of each month at 3:00 p.m. at their facility on Hill Street in Elizabethtown. Any veteran who served on foreign soil is invited to attend and join the local group.