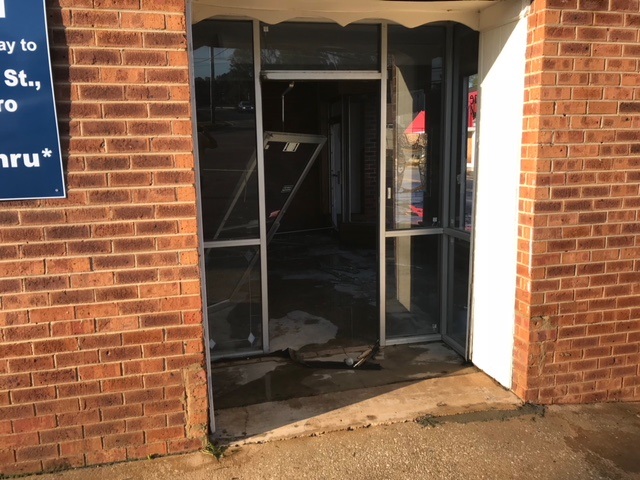 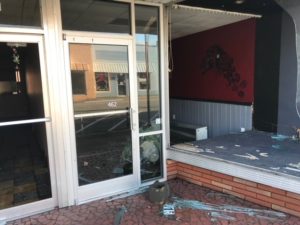 Many Bladenboro businesses have been hit hard by Hurricane Florence.

“I just opened up in July,” said Teresa Horton, owner of Lolli’s on Main.

She said she was aware the area has been known for flooding in the past when she chose to open her business downtown.

“Bladenboro is my hometown and I didn’t want to give it up,” said Horton.

She said her cousin owned Grace and Company which was in the same location, and decided to buy it.

“I hated to see our town lose another business,” said Horton.

She said she did her best to prepare her store for the impact of Hurricane Florence. Horton said she, and her staff, tried to ensure the merchandise was safe by moving items off the ground and placing it on shelves.

Horton’s husband measured where the flood waters from Hurricane Matthew were in the store, and they tried to place everything they could above that line. Horton said the furniture in the store was lost, but the tanning beds are okay.

People keep asking me if I am going to stay in business. We are going to try again,” said Horton.

Horton said she has had a lot of assistance in removing the carpet, tearing out walls, and removing damaged furniture. She smiled broadly when she added the majority of the work in preparing her store was performed by women.

She is planning a special shopping day on Saturday, Sept. 29, 2018, beginning at 9 AM for one day only at 112 Seaboard Street. All sales will be cash only and none of the merchandise is damaged.

Santanna Sessoms, owner of Southern Sass Hair Salon, said she was hit hard as well, but has recently reopened her beauty shop. However, the tanning beds remain closed.

She explained that during the storm, the canal that runs beside her shop flooded her business.

“The canal beside my shop is so full of stuff in it, it can’t flow,” said Sessoms.

She said every canal in the town needs to be cleaned out, and added they are all clogged with debris.

Sessoms said the entire tanning side of the business will have to be redone. She estimated her costs to repair her business to be in the thousands of dollars. She also said FEMA had denied her claim, but offered her loan instead.

“It is kind of depressing,” said Sessoms. “It’s just devastating for everyone.”

Even with the flooding, Southern Sass Beauty Shop did reopen to customers on Tuesday.

“If I am not working, I don’t get paid,” said Sessoms.

She said this is not her first experience with being flooded. During Hurricane Matthew, Sessoms was renting a building which flooded, and she had to replace everything then. Now, she owns the building in which Southern Sass is located. She emphasized she didn’t just have one business ruined, but two including the tanning beds.

She said she is going to try to rebuild her businesses once more.

During Monday’s Bladenboro Town Board meeting, Don White Jr., President of Boost the ‘Boro, said he has looked at the Bladen County GIS map and there are 52 businesses located between Ash Street, Fourth Street, and Elm Street. White said of those, 75 percent were either damaged or flooded.

“I would have never guessed that,” said White on Monday night.