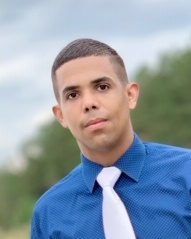 With Commissioner Rodney Hester excused absent, the Bladenboro Commission met for their regularly-scheduled meeting at 6:00pm October 12 th . Following Mayor Rufus Duckworth’s call to order, the invocation, Pledge of Allegiance, and approval of the Consent Agenda were quickly dispensed with.

The only item of old business was the disposition of the continuing thorny issue of the closure of two streets – all of Milligan Street off of Village Street and that portion of Birch Street between the two halves of the Dobson property.

The plan had been to start the entire process over with a resolution for a public hearing on the closure; however following some discussion, it was concluded that the process had already been properly undertaken, and all that was necessary to finalize the matter was an actual motion to close these two public rights of way.

Commissioner Jeff Atkinson made a motion that the Town close Milligan and Birch Streets, with the Town retaining rights to the associated utility easements; the motion was seconded by Commissioner Sarah Benson and passed on a 4–to-1 vote, with Commissioner John Bowen voting nay.
The first item under new business was the consideration to purchase a pumper/tanker fire truck to replace the one lost during Hurricane Florence; this purchase will be made with insurance proceeds. The request was unanimously approved, as was the associated Budget Amendment #7 to account for the transaction.

The consideration of purchasing a golf cart for public works was tabled to receive additional quotes; also tabled for the same reason was consideration of quotes to paint the south wall of the Medicine Shoppe where the Hester Building has recently been demolished.

A quote for paving Vine Street, the eastern-most portion of Poplar Street, Edwards Avenue, and Cypress Street for a total of $103,035 paid with Powell Bill monies was initially approved, but then tabled in order to allow staff to locate a similar street to substitute Cypress Street, which had been removed from the list. Final approval will occur after a replacement has been chosen. The start date for this project is anticipated to be in January, 2021.

In the interest of continued economic development within town, Boost-the-Boro has offered the Town two lots on South Ash Street to be used in the proposed downtown redevelopment project; this property consists of the park behind the carwash, and currently includes a large fire pit and picnic tables. B-t-B’s offer was unanimously and enthusiastically accepted.

Mayor Duckworth then read a Proclamation to govern this year’s Trick or Treat event: Trick or Treat will be held on the traditional October 31 st , and will be limited to the hours of 6:00pm and 8:30pm.Only children aged 12 and under will be allowed to participate, and only if accompanied by a parent or responsible adult; children under age nine must be accompanied to the door.

The provisions of this curfew do not apply to those collecting for UNICEF or for church groups, except that a responsible adult must accompany minors.

For his Administrator’s Report, Town Administrator Oryan Lowry updated the Board on the status of the McLean Park softball field construction, where the entire field has been graded, although not yet shaved; he also brought the Commission up to speed regarding the code enforcement issue with the Lewis Street apartments.

He further announced that the Boil-Water order issued on Saturday the 10 th will be officially lifted at noon on Tuesday, the 13th , as test results have been returned finding no contaminants.

The Commission then went into a short closed session to discuss personnel. Upon returning to open session, it was
announced that waste treatment plant operator Sherry Lanier had received her Class-C Well certification, and would be receiving a 5% salary increase.

Additionally, the Board approved hiring Joseph Graham as Bladenboro’s newest Police Officer. Mr. Graham, from Columbus County’s St. James community, has been with the Columbus County Sheriff’s Office for the last ten years.

There being no further business, the meeting adjourned at 7:15 pm.