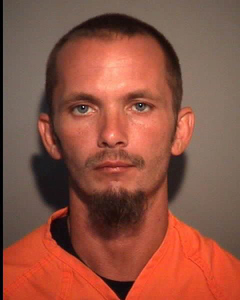 Sykes, 32, is accused of assaulting a “young female” who was swimming in the ocean near 4th Avenue North on Tuesday evening, North Myrtle Beach police said. WMBF-TV reported that Sykes allegedly grabbed the victim and sexually assaulted her before leaving the area.

Police used surveillance camera video from a nearby business to get an image of Sykes, the station reported. The police report says the victim identified Sykes as the suspect.