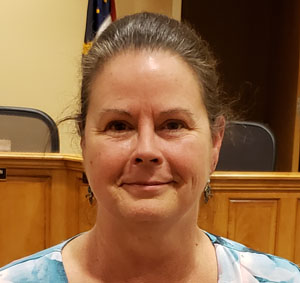 Bladenboro Town Clerk and Finance Officer Melanie Hester submitted her resignation Friday after more than 17 years with the town. Her last day will be Sept. 24.

“I have faithfully served the citizens and Town Board of the Town of Bladenboro for over 17 years; however, I believe it is time for me to make a change,” Hester wrote in her resignation letter.

“I am aware of the importance of my position with the town as Town Clerk/Finance Officer and will be willing to discuss a transition period until my position can be satisfactorily filled.”

While Hester served mainly as town clerk and finance officer during her time, she was appointed as town administrator in March 2014 after the resignation of town manager Delane Jackson in December 2013. She remained in the position through October 2015 and returned to her clerk’s position when the town hired John O’Daniel as administrator.

The town switched from a town manager form of government to town administrator form in 2014.

“At that time, Melanie said she would help us get over the hump,” Mayor Rufus Duckworth said at the time of O’Daniel’s hiring. “We really appreciate Melanie for what she has done (as administrator.)”

Hester oversaw the completion of a new community building and a new fire station, and saw work continue on McLean Park, the town’s recreation facility.