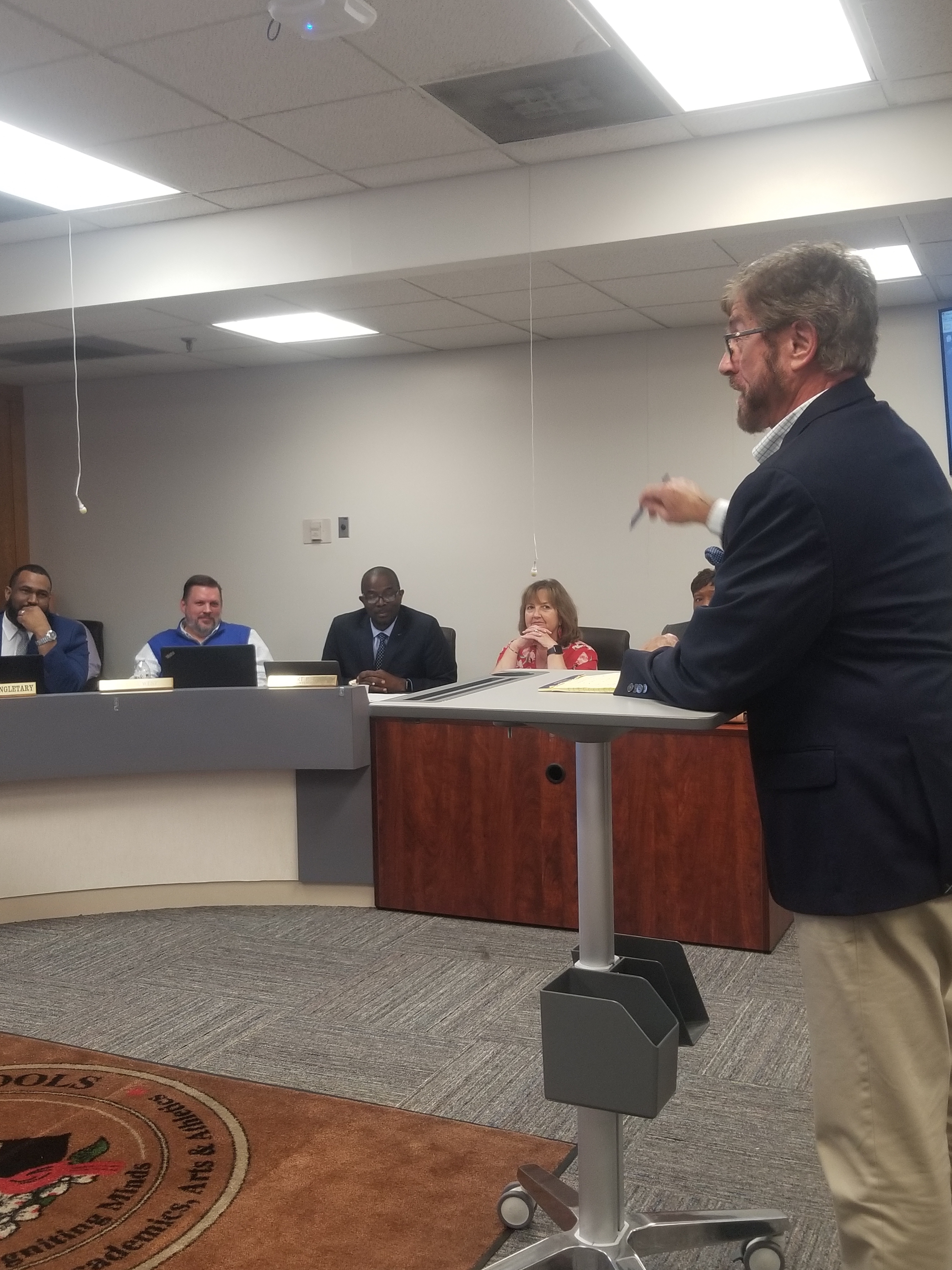 Board of Education asked to reconsider making schools year round

The Board of Education met on Monday night for their monthly session where after recognizing Vinston Rozier, Board Member, for his time served as board chair, they recognized several Clarkton School of Discovery students for their wins and accomplishments at the North Carolina Junior Beta Club Convention.

Mitchell Newkirk, Fontina Hinson, and Debra Kinlaw (all Career and Technical Education teachers) were recognized for having taught classes in which all students achieved proficiency on their testing. Seven of the county’s students were also recognized for earning CNA certifications as a part of their Health Occupations class. 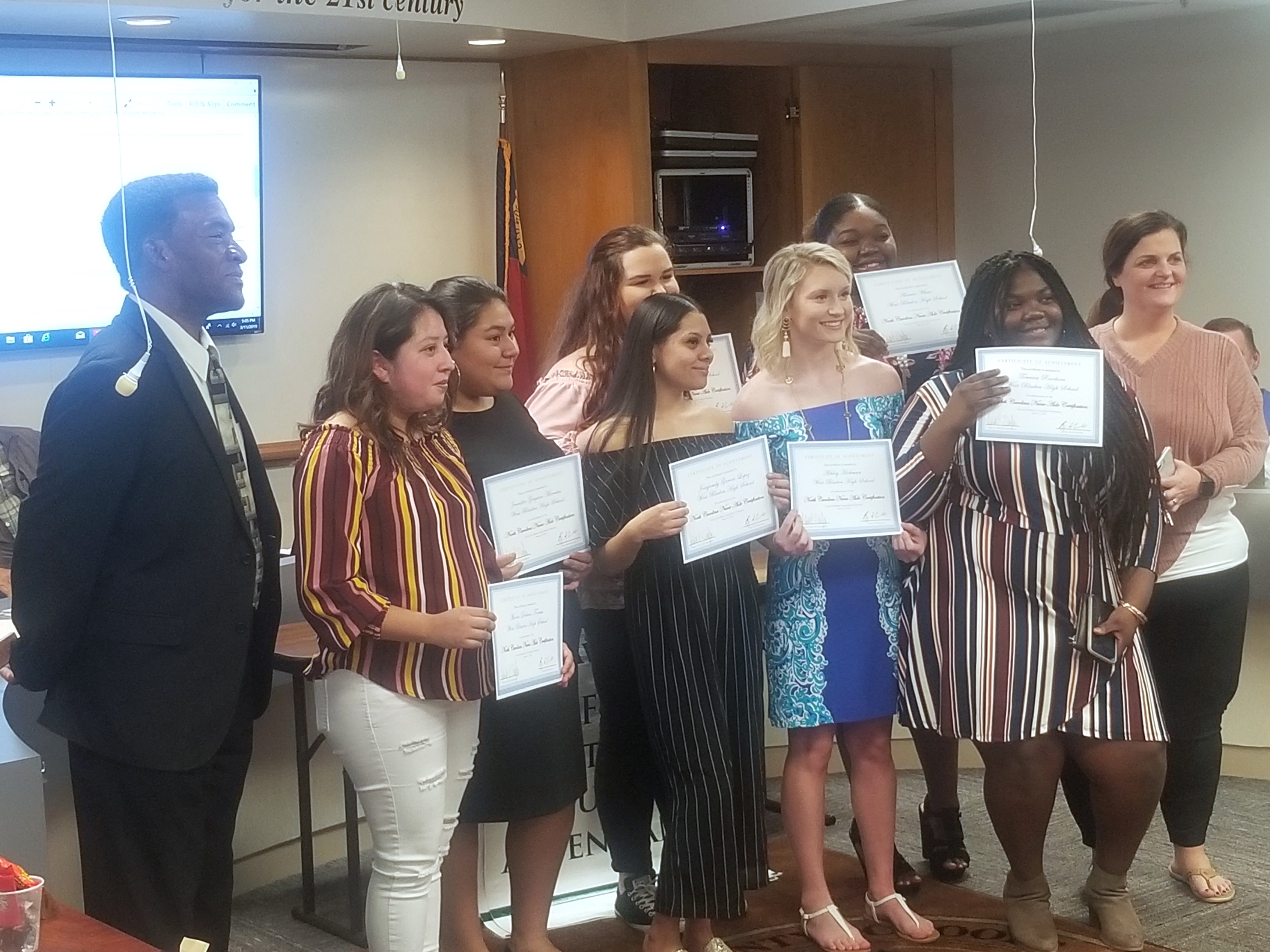 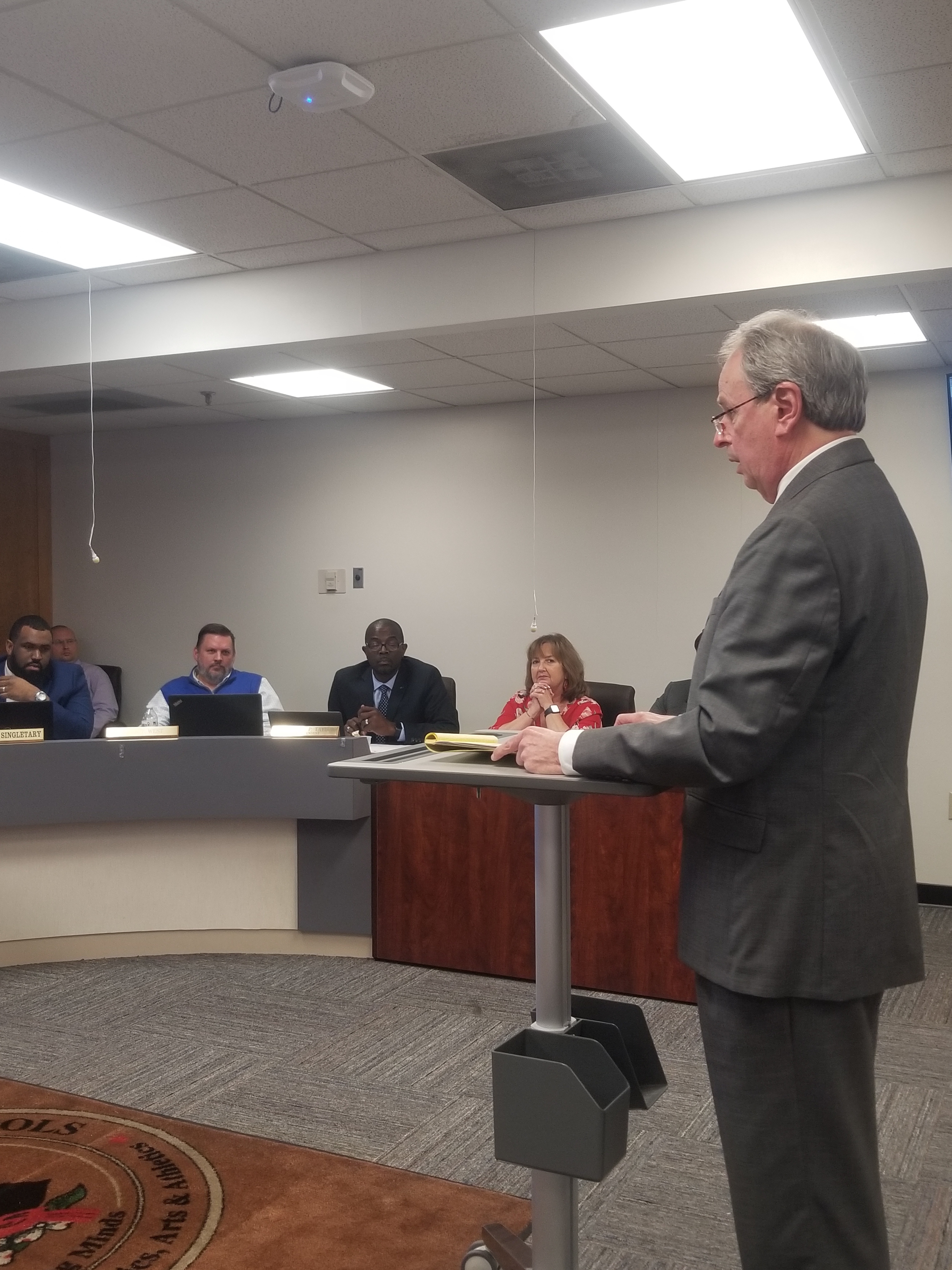 Board of Education March 2019 Womble 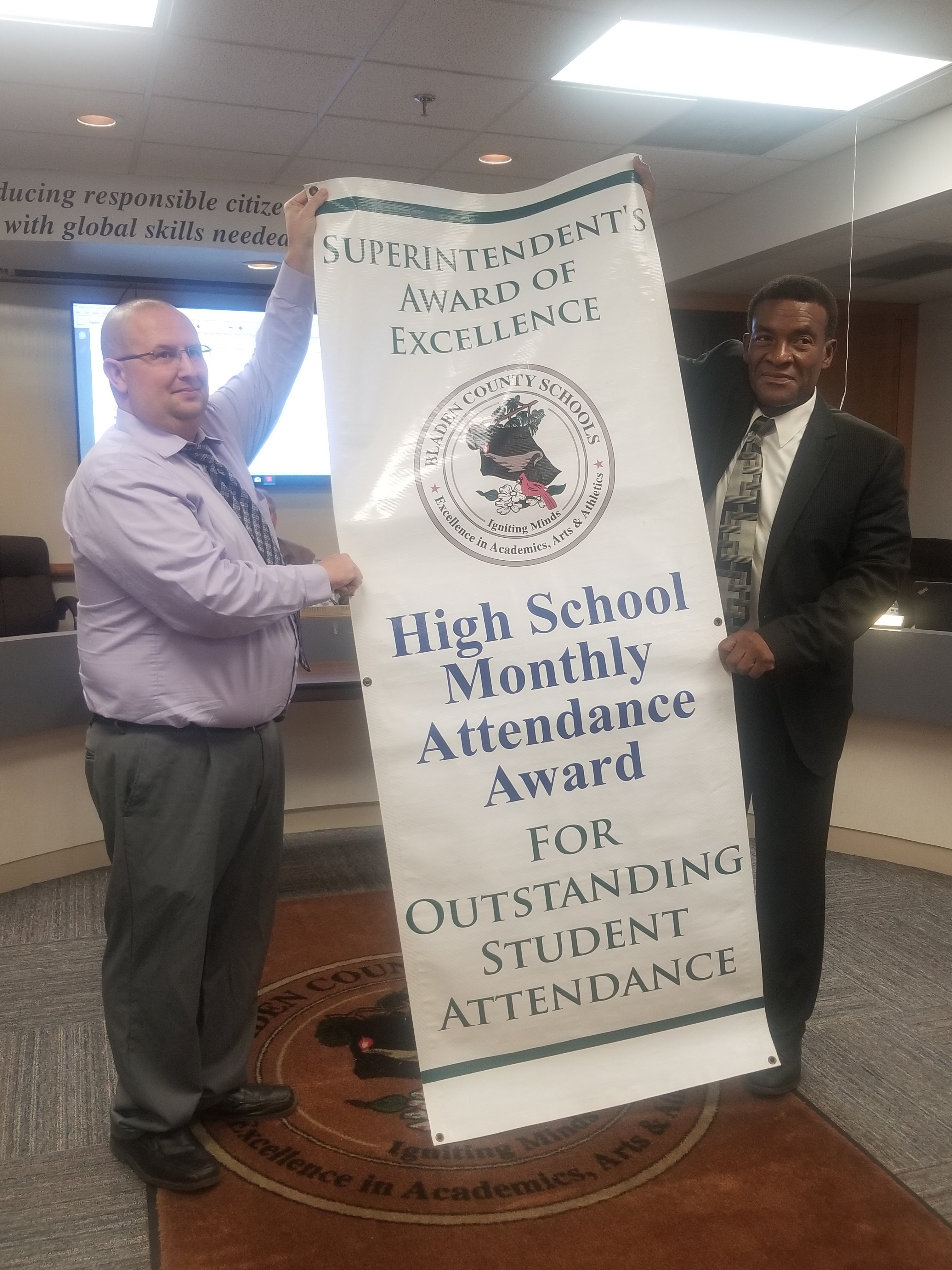 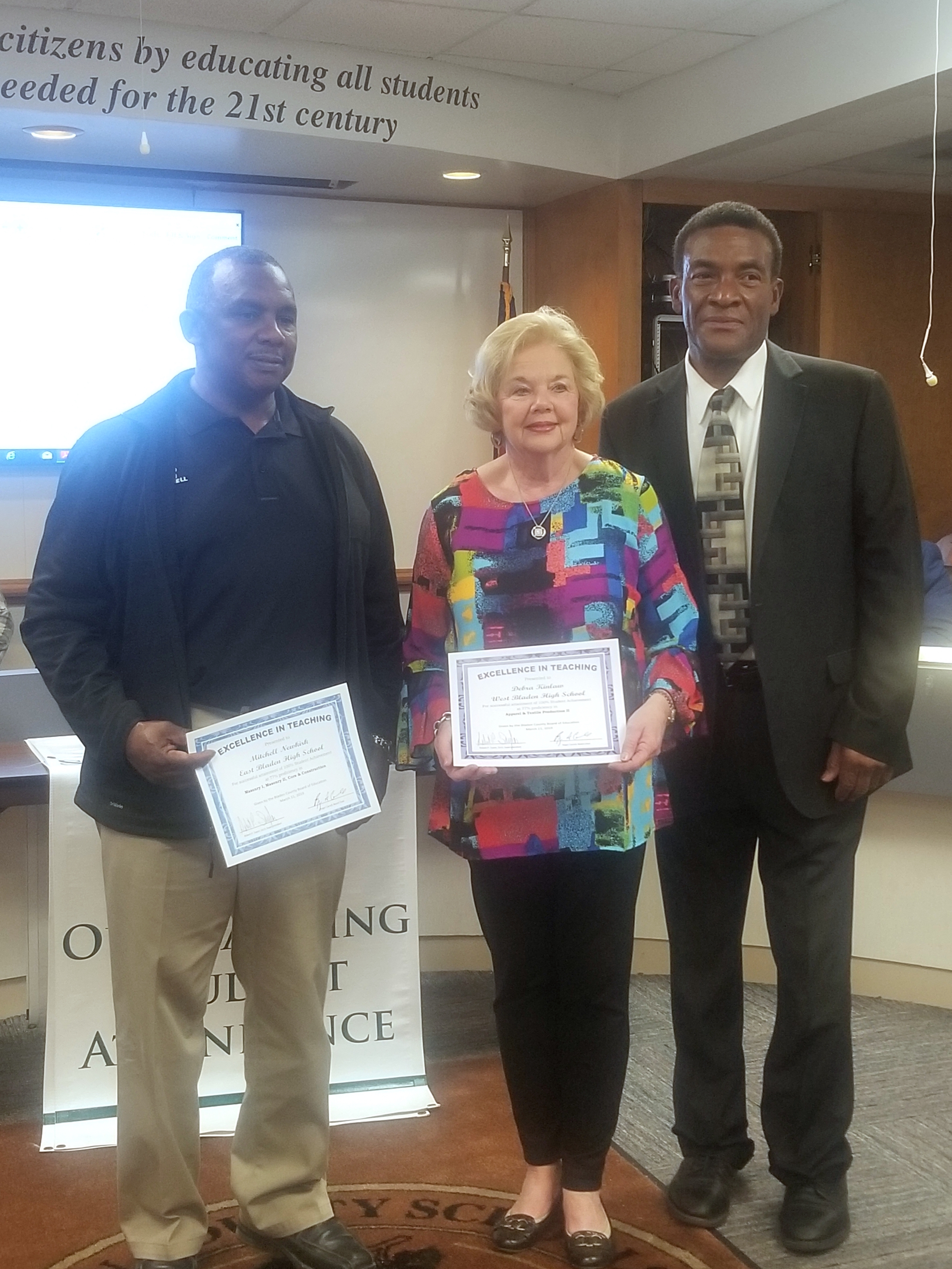 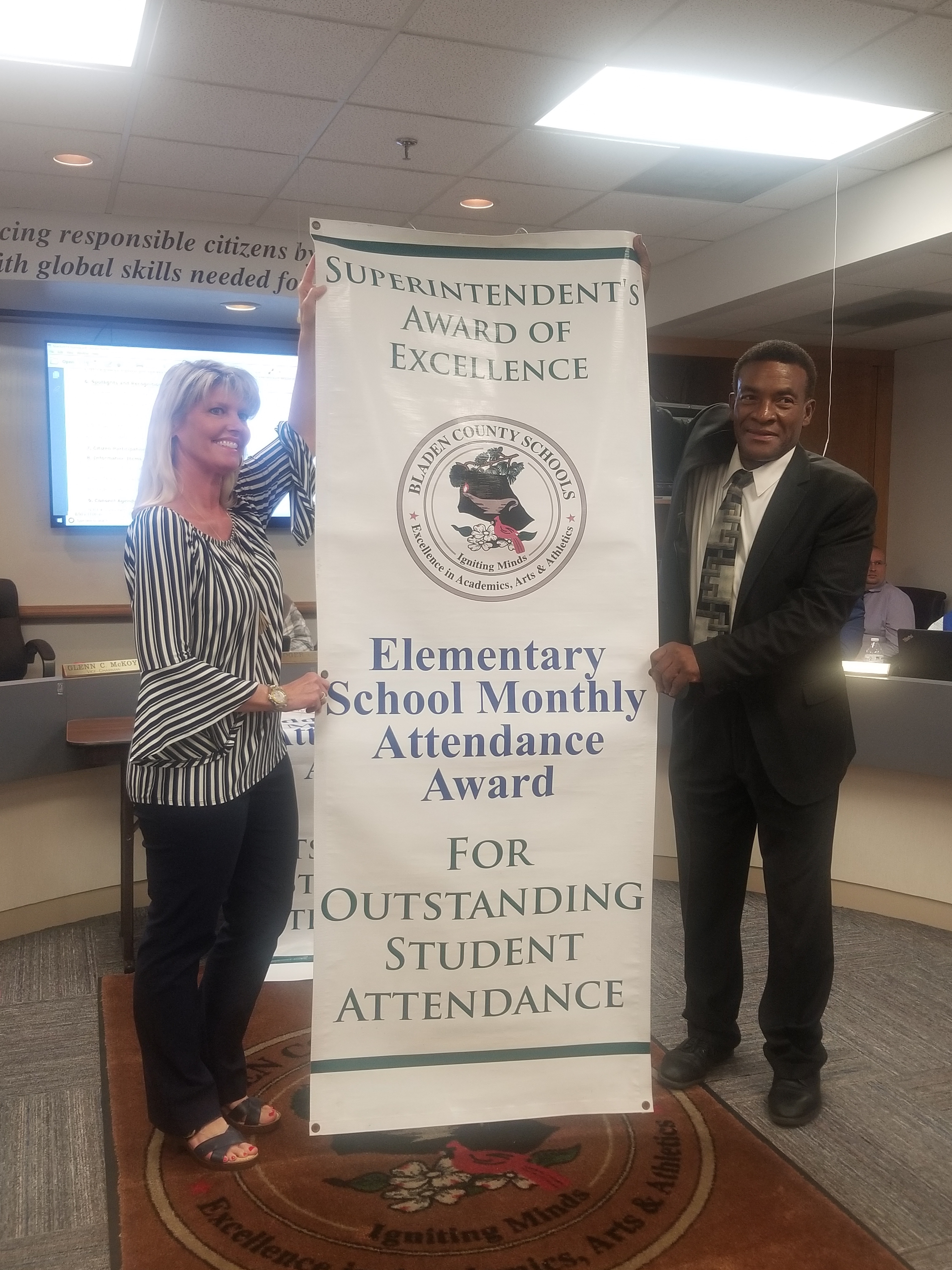 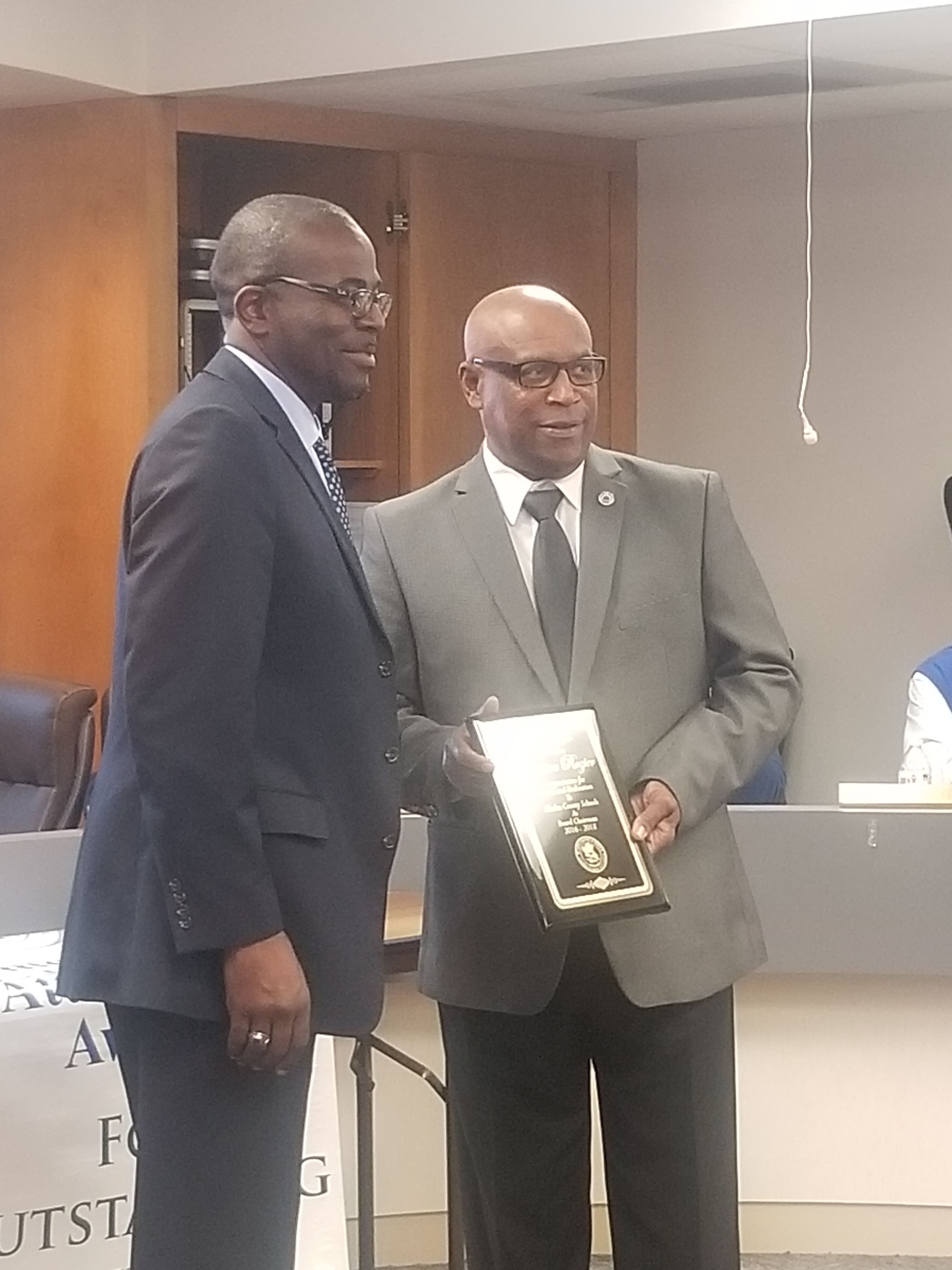 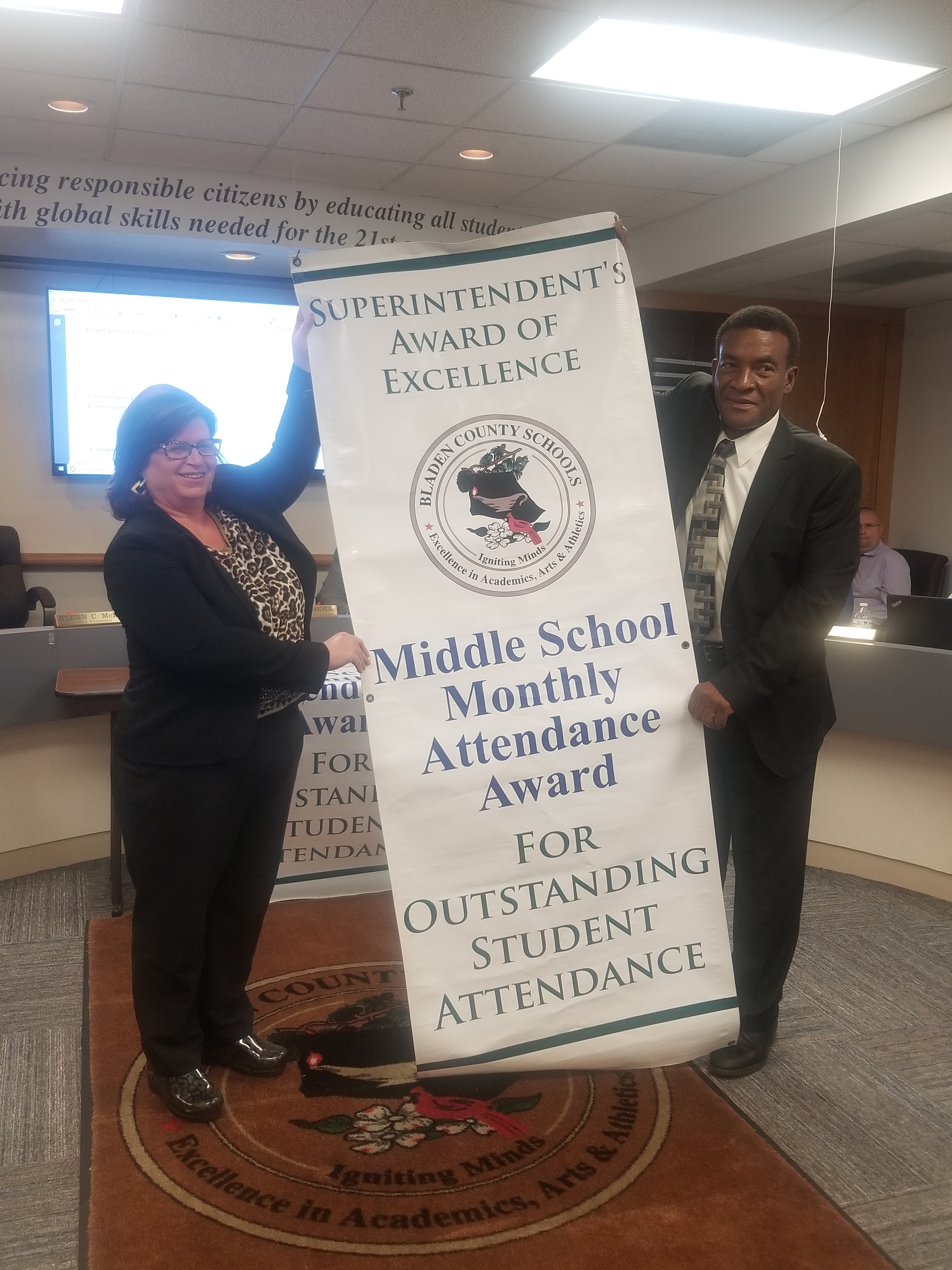 Board of Education Ricky Leinwand 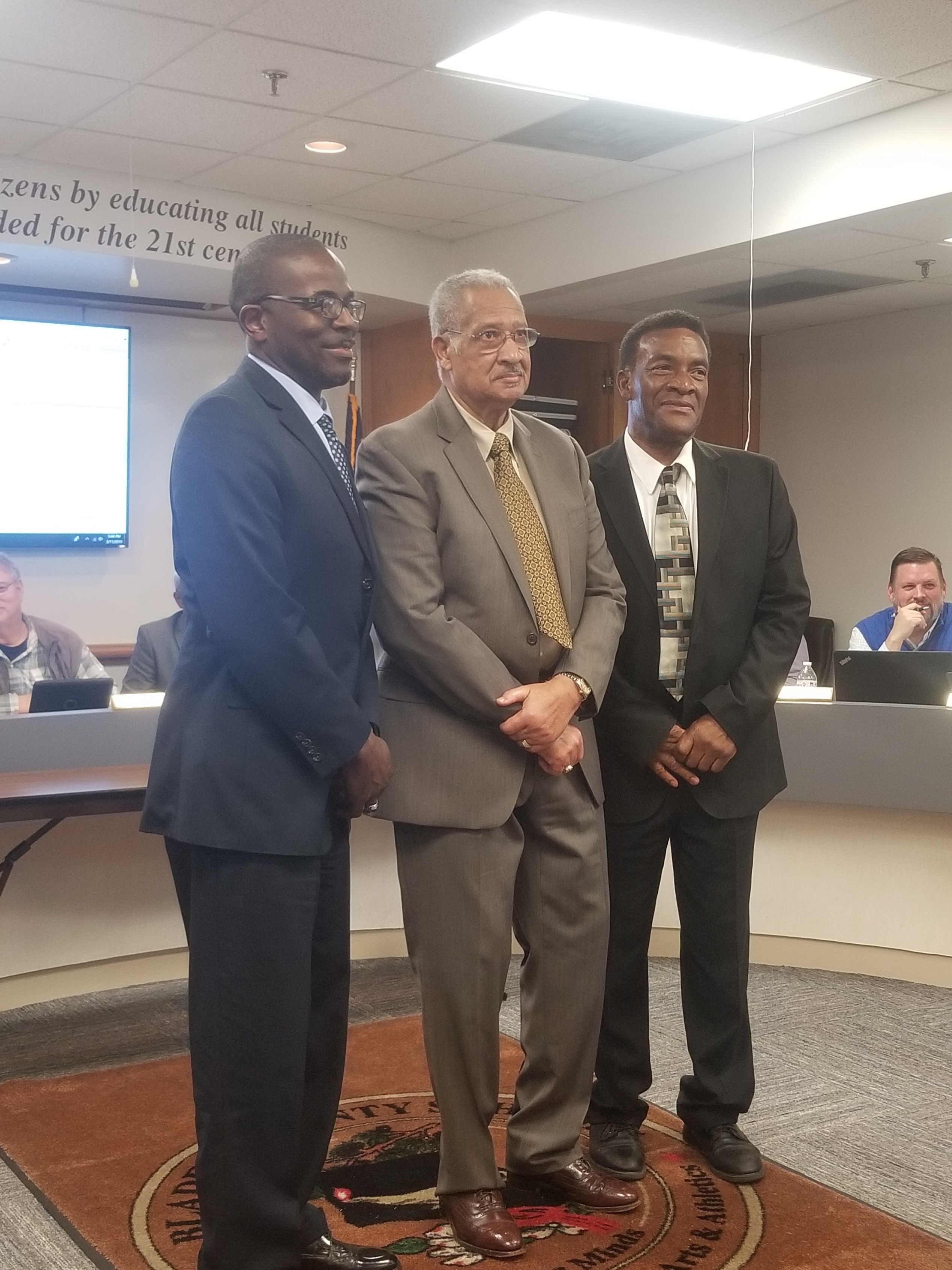 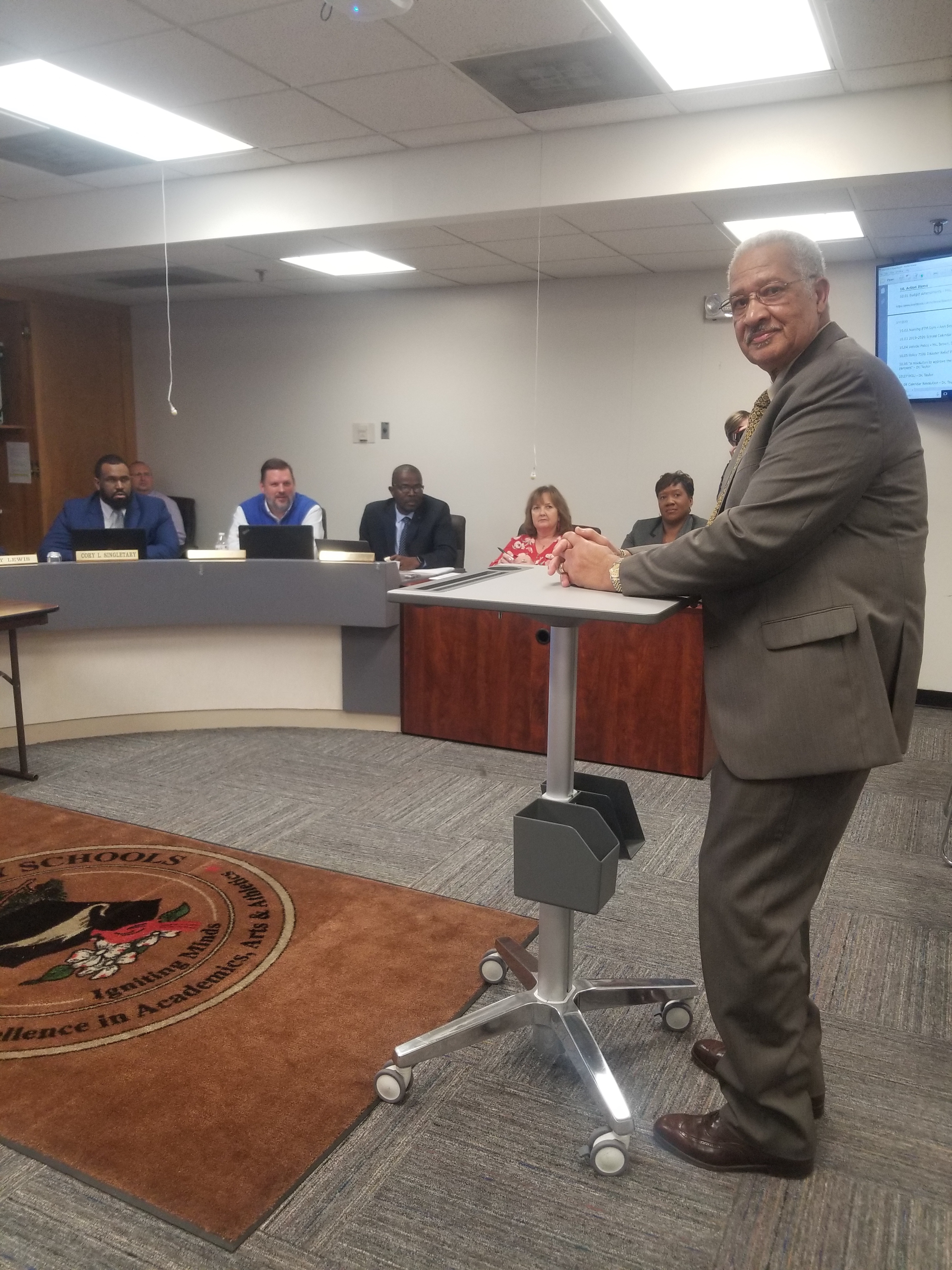 Board of Education March 2019 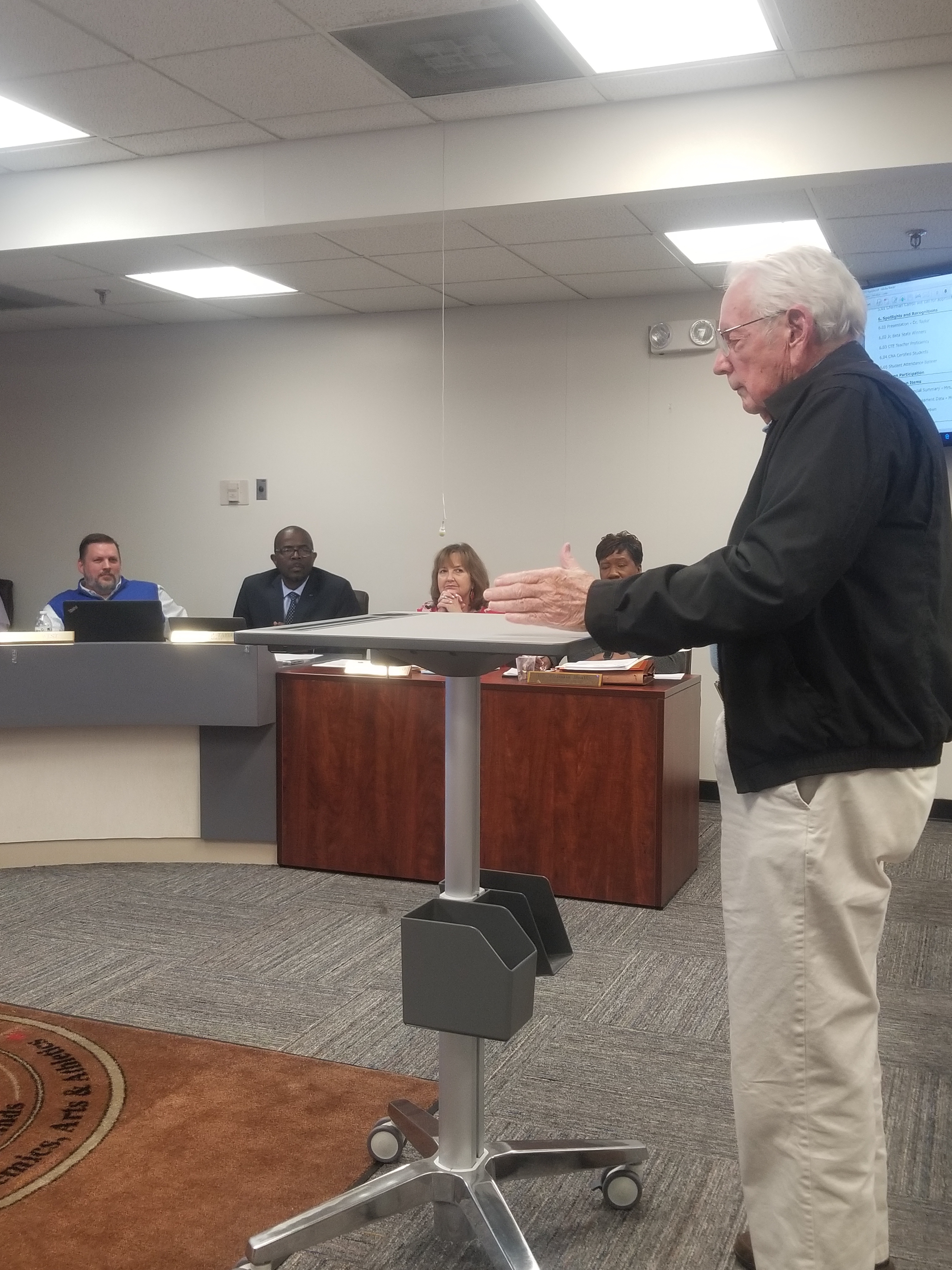 David Clark Board of Education

Goldston Womble, Ricky Leinwand, and David Clark addressed the board separately asking the board to reconsider making the schools year round or scheduling school into the summer months. They individually explained that the seasonal nature of many of White Lake’s businesses and Bladen’s farmers and agricultural-based businesses were a huge part of the local economy and that by cutting the businesses’ seasons short (due to County employees and students who work at the lake or at farms during the summer having to go back to school), the local economy and subsequently the board’s finances would be negatively affected due to lower sales tax earned in the county. Womble presented the board with studies that argued that year round schools did not benefit students anymore than the traditional ten month setup. Later in the meeting, the board agreed to table voting on the issue until they could reconsider the information.

Sharon Penny, Finance Director, presented a financial summary for information purposes only, and Willa Dean Williams, CTE Director, gave a brief overview of the the CTE program’s post assessment data. In other updates, GPS systems have been installed in all cars that are assigned to go home with employees.

The board approved to pay workers who worked overtime at the hurricane shelters (that weren’t compensated via other funds) with extra Annual Leave days. The days should be in the system for the workers to use during payroll in April. Additionally, they voted for a new policy to address similar needs in the future.

Elizabethtown Middle School’s gym was named after Samuel C. Boger, a longtime but now retired coach in the county.

The board debated adopting a new vehicle policy but voted to continue operating under the existing policy instead.

Bladen County Schools and 47 other Local Education Agencies agreed to send a resolution to the state’s legislature that encouraged them to give the individual Local Education Agencies and boards more flexibility and control over their calendars. Following all of the above, the board proceeded to go into closed session to discuss personnel, student transfers, and legal issues.

Upon reconvening into open session, the board approved Personnel Addendum Action Items as recommended by Antonia Beatty, Personnel Director. The board briefly discussed dates and times for a board retreat and board budget planning.

Lastly, the board asked that everyone keep the family of Aldo Hernandez in their prayers. Hernandez, a West Bladen student, was recently killed in a car accident.