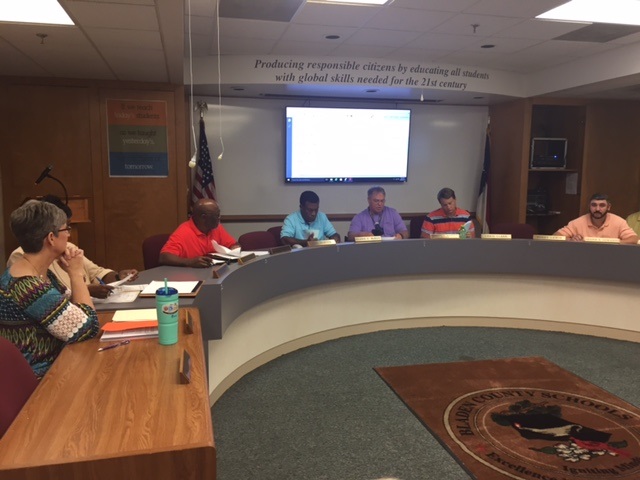 Board of Education gets update on state budget process 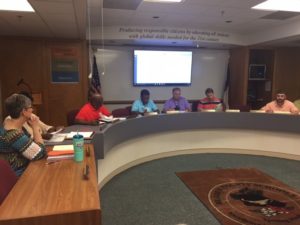 The Bladen County Board of Education met in a special session on Wednesday and approved six budget amendments to “close out” the fiscal year.

Sharon Penny told the board she had six budget amendments for the year-end “close out.” There was no further discussion on the matter and no exact numbers were mentioned. The board voted to approve the amendments.

The board met in a brief closed session to discuss personnel matters. Following the closed session, Antonia Beatty, Human Resources Director, presented the personnel list which was approved.

Superintendent Dr. Robert Taylor updated the board members on the state’s budget process. Dr. Taylor told the board the General Assembly has passed a budget but it was vetoed by North Carolina Governor Roy Cooper. He said the NC Senate has voted to override the veto and the NC House is addressing the matter. Dr. Taylor told the board once the state of North Carolina approves the budget, Bladen County School personnel will receive information within 10 to 15 days. Dr. Taylor said once his staff has received the information, they will send the information to the board members.