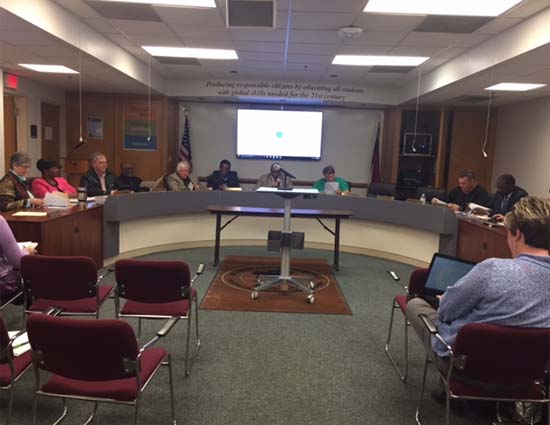 Board of Education moving forward with Early College 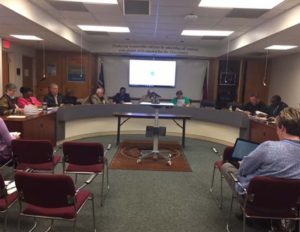 The Bladen County Board of Education will move forward with the establishment of Bladen Early College. The board met in a special session on Monday afternoon and voted to approve the new school. Board member Berry Lewis was absent from the meeting.

Assistant Superintendent Dr. Tanya Head addressed the board regarding the proposed early college. She told the board that Bladen County Schools staff have spoken with officials at The NC Department of Public Instruction (DPI) regarding early colleges. Head and board member Roger Carroll also told the board they had attended a session on early colleges during the recent School Board Association meeting and gained valuable insight.

She explained the Bladen Early College will have four pathways. Head described for the board members the four pathways as one college degree (Associate in Science) and three certifications the students can achieve. The certifications are in Allied Health-CNA and EMS; Information Technology; and Machining and Industrial Technology.

Head pointed out that staff also have learned one of the pitfalls for some early colleges is that they didn’t meet with their economic development commission and didn’t really know the needs of their community.

Head told the board that school staff have met with Bladen County Economic Development Director Chuck Heustess. She said they also looked at the projected employment forecast from the Department of Labor in terms of the top 10 projected jobs in the future. Some of the top 10 projected jobs included home health aides, personal care aides, physicians assistants, nurse practitioners and physical therapists. “We feel we have captured those (in the pathways),” said Head.

She said some other potential pitfalls are that the school will operate on the Bladen Community College calendar and class times. Head said another pitfall some early colleges reported were issues with transportation and limited extracurricular activities.

The Bladen Early College will be open to students that desire an advanced curriculum, those students who are first generation graduates, and students who have the potential to drop-out. The school will have an initial enrollment of 60 students in the first year and is projected to grow each year. The enrollment is projected to be a mixture of students from East Bladen High School, West Bladen High School, home school students and private schools.

Head highlighted the annual report from the NC Department of Public Instruction on early colleges. She said Bladen County Schools staff obtained copies of the 2016 and 2017 reports. “You’ll notice the enrollment (in early colleges) across the state is quite high,” said Head.

She pointed out the early colleges have high retention rates and high completion rates.

Bladen County Schools Superintendent Dr. Robert Taylor discussed the staffing needs for the school. “I think the big issue for the board, obviously, is not the merits of the program. I think we can all argue it is a great program and certainly will do a lot to help the students of Bladen County,” said Taylor.

He added the issue is what will be needed to support the program. Taylor said currently, the Bladen Early College is funded by the state at the level of $275,000 per year for five years; however, the school system cannot access those funds until students have actually enrolled in the program. He assured the board there will be students enrolled at the early college for the 2018-19 academic year.

“The question becomes will the state make a change to the funding formula that they have used in the past? That is obviously a question that we can’t answer,” said Taylor. “I can tell you this. They went from a straight funding formula where everybody got the same to a tiered formula where Tier One counties got more funding (than counties in other tiers).”

Taylor also addressed immediate staffing needs. He told the board that from January 2018 through July 2018 the district will have to absorb the costs of the salaries for a principal for the early college as well as a college liaison. He estimated the cost to be $75,000, which will come out of local funds. Taylor told the board that after July the state would pick up the principal’s salary.

Board member Glenn McKoy asked how the opening of the early college could impact athletics in the county. Taylor replied “at this point” there will not be athletics at the early college. He also noted that after completing the first year, the board can make changes to the program.

Carroll said he spoke with a representative of the Wilson County early college and they noted the superintendent of Wilson County Schools actually transports students from the early college back to their respective schools so they can take part in athletics.

McKoy said his sister has worked with the early college program in New Hanover County and he has a nephew who graduated from an early college. McKoy said they both think this is a positive step for Bladen County.

In other business, the board conducted a closed session to discuss certified/classified personnel. In open session, the board voted to approve the roster as presented.