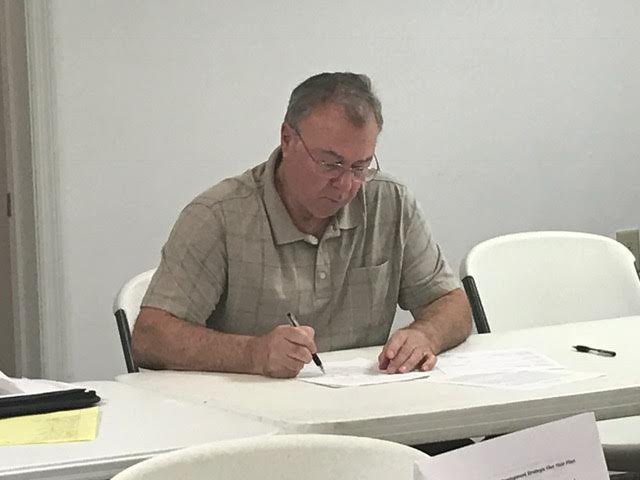 Boost the Boro held their monthly meeting on Tuesday, May 9th at the Bladenboro Farmer’s Market. The group discussed the upcoming Spring Fling, grants, improvements for Bladenboro, and took a survey.

Don White, President of Boost the Boro lead discussions about grants and the group assisting with improvements to the local community they serve. Discussions on how to spend the money raised from the last fiscal year was made.

White gave Boost the Boro member, Shane Todd, credit for his assistance in the improved appearance of a wall at the intersection of a prominent location in the town. More will be added to assist in the prominent location’s landscaping and painting later this year, White noted.

Penny Walters, chair of the annual Spring Fling gave an update on the upcoming event. Walters went down a list of items already taken care of for the big day of fun.

The event will be held on June 10th starting at 4 p.m. Four County was named as a top sponsor for the Spring Fling.

Penny said there will be baked chicken plates for sale, desserts, a band, a 50/50 drawing and vendors. Applications are being accepted for anyone interested in being a vendor at the event. The vendor fee is $25.
Last, but certainly not least,the group took a survey. Bladenboro Town Administrator, John O’Daniel spoke to the group before the members were surveyed.

He said, “The survey is the first step of a five year plan. Next will be a SWOT analysis where we look at our strengths, weaknesses, opportunities, and threats.”

This is the first stage for Bladenboro’s economic development planning. according to O’Daniel. The Boost the Boro group was the first group to take the surveys according to White.

O’Daniel said more surveys would be distributed through the water bill and on the Town’s website.