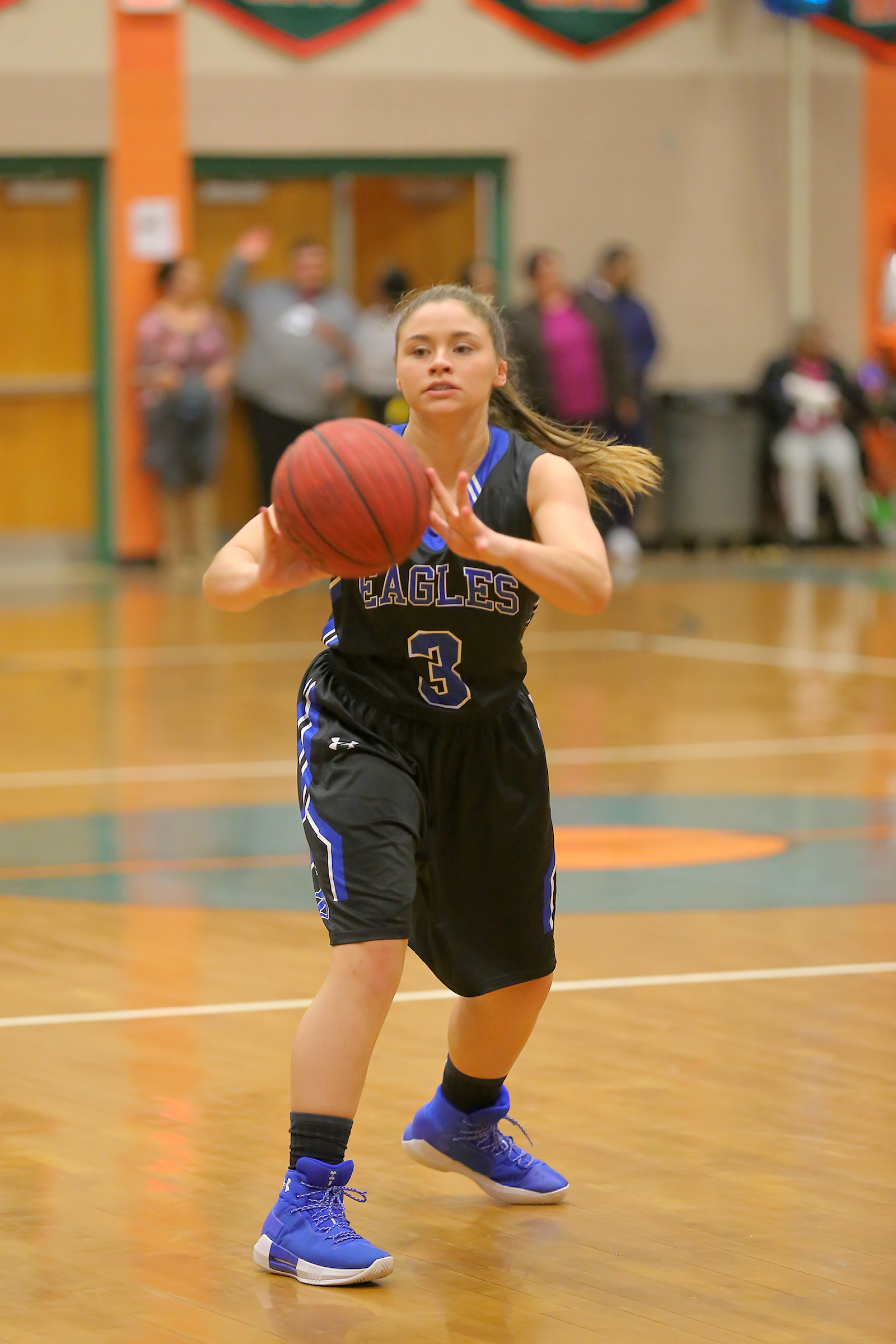 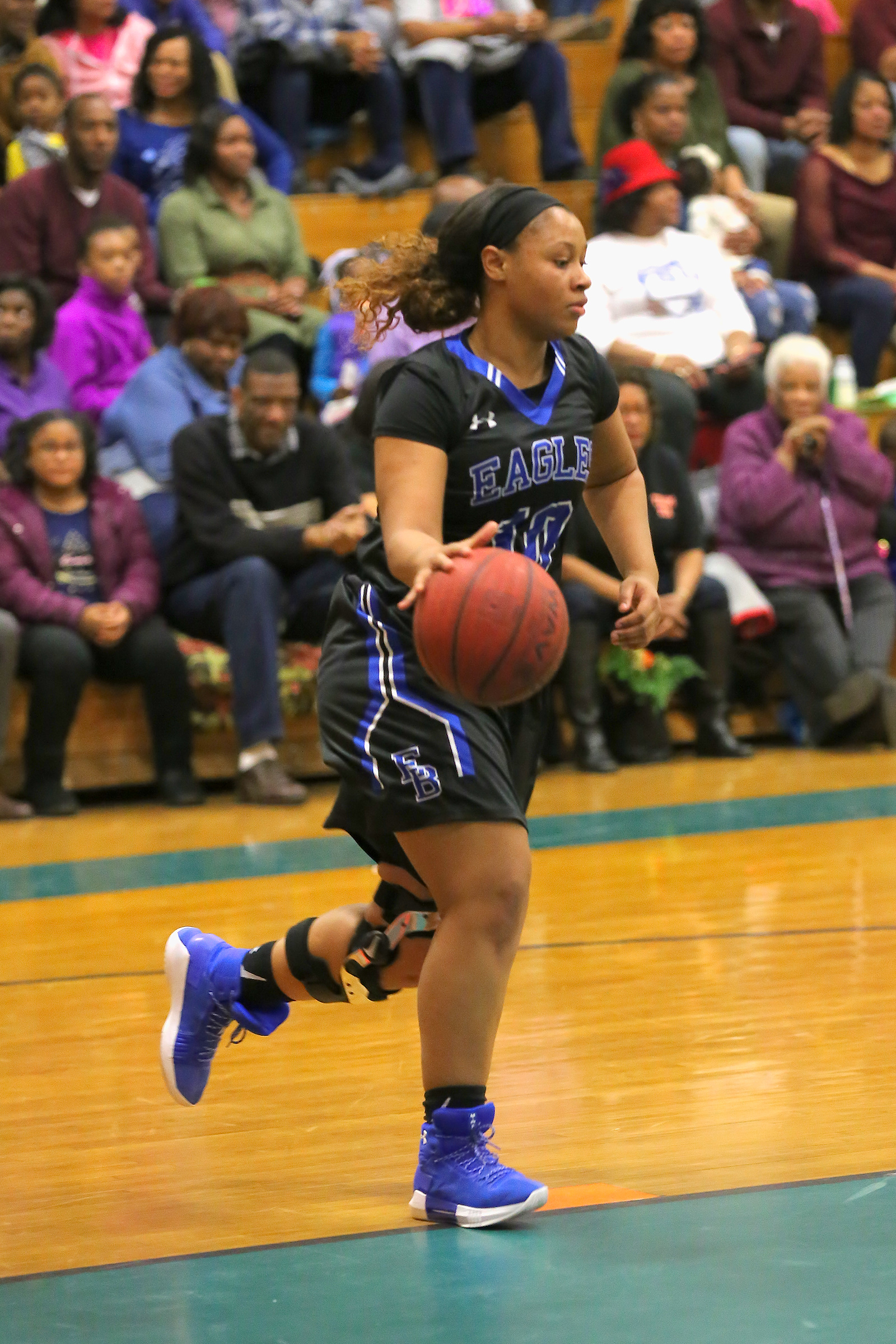 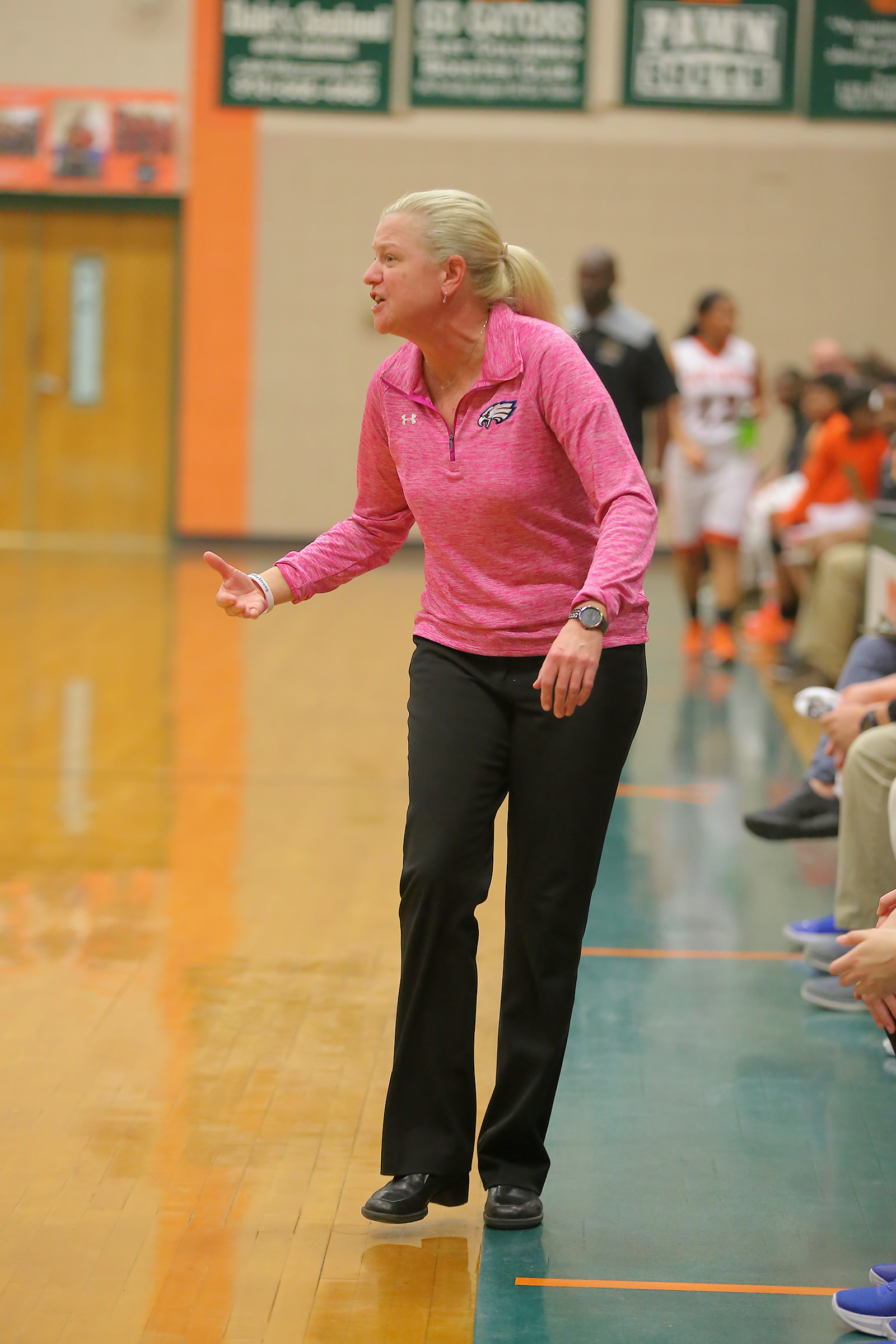 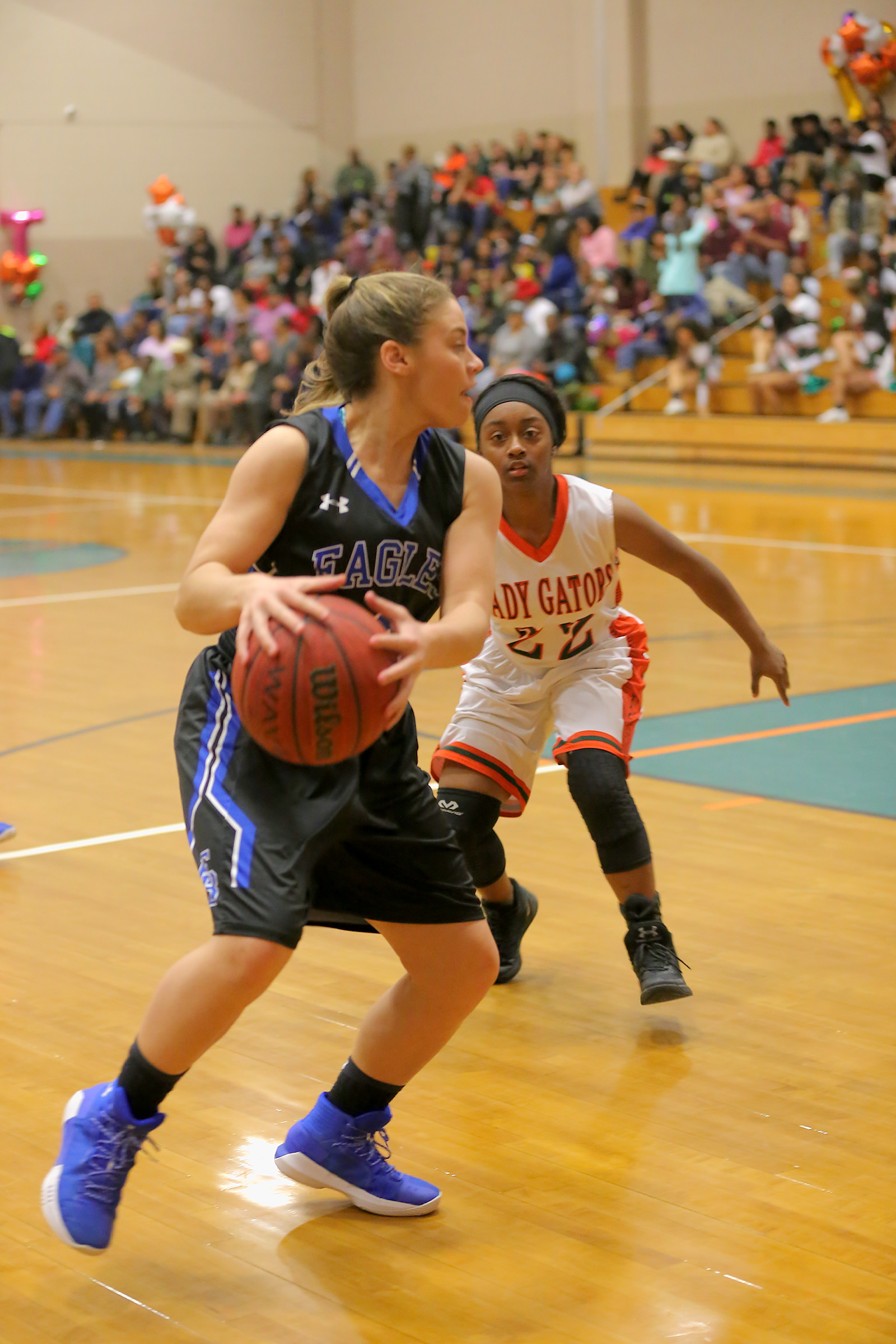 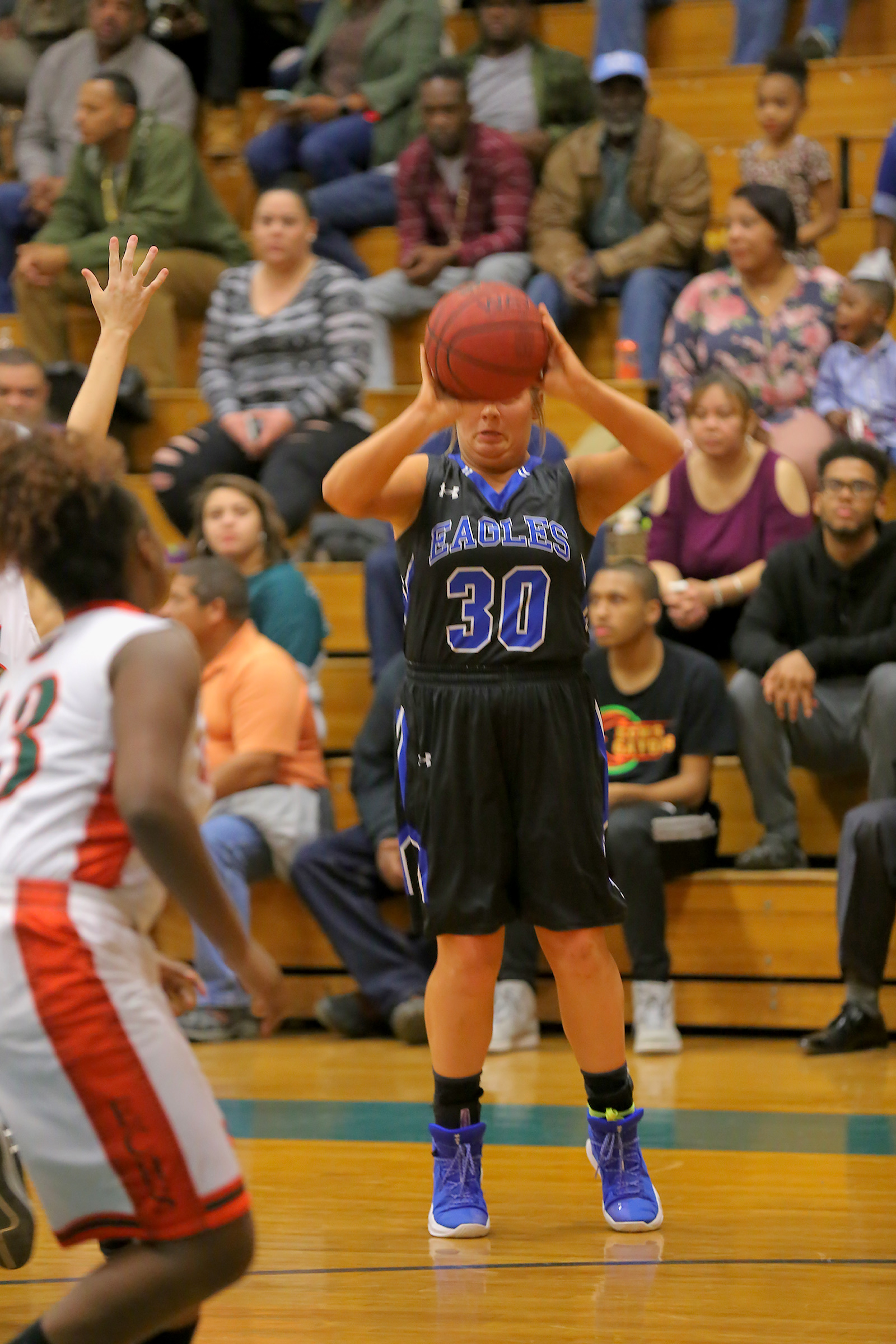 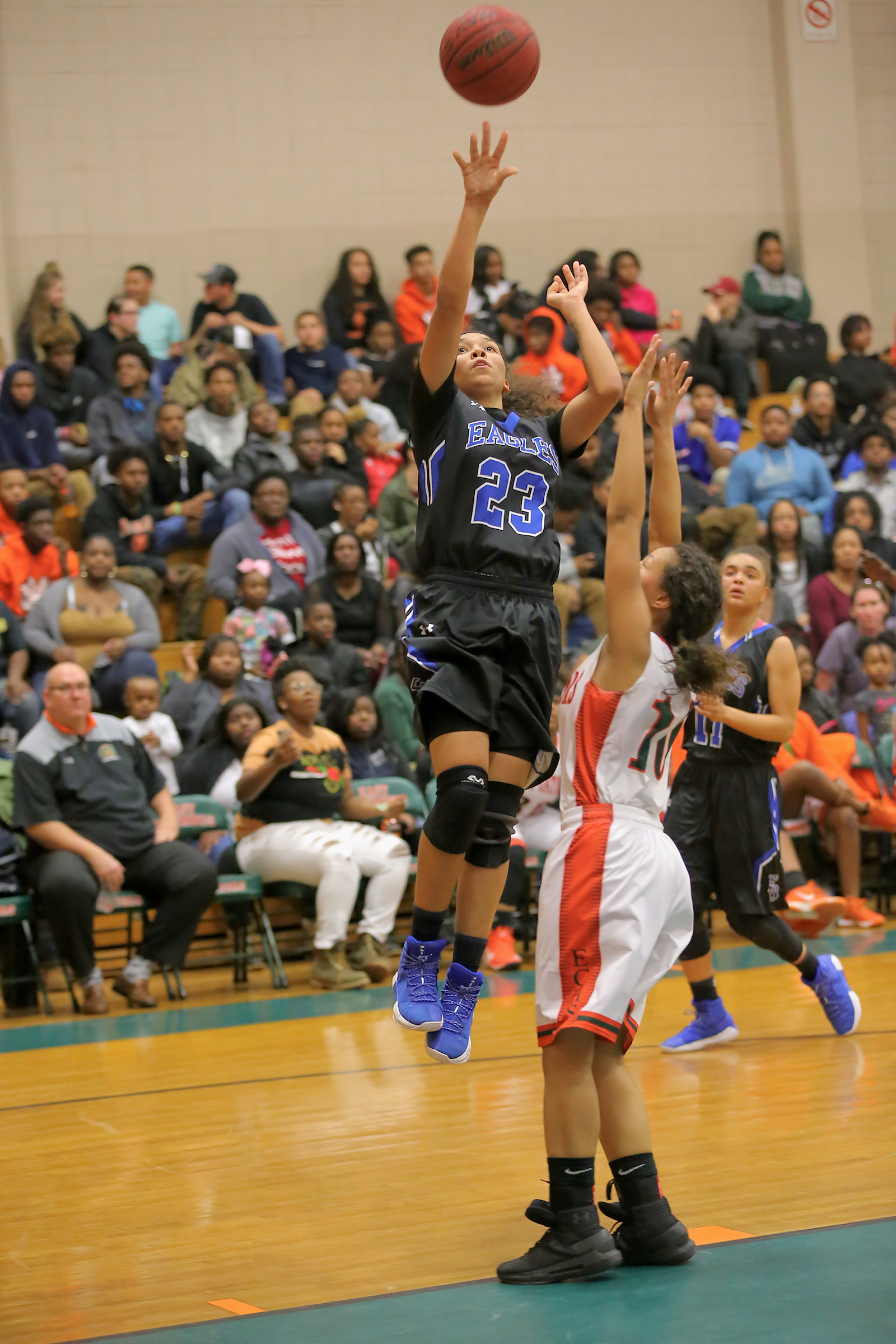 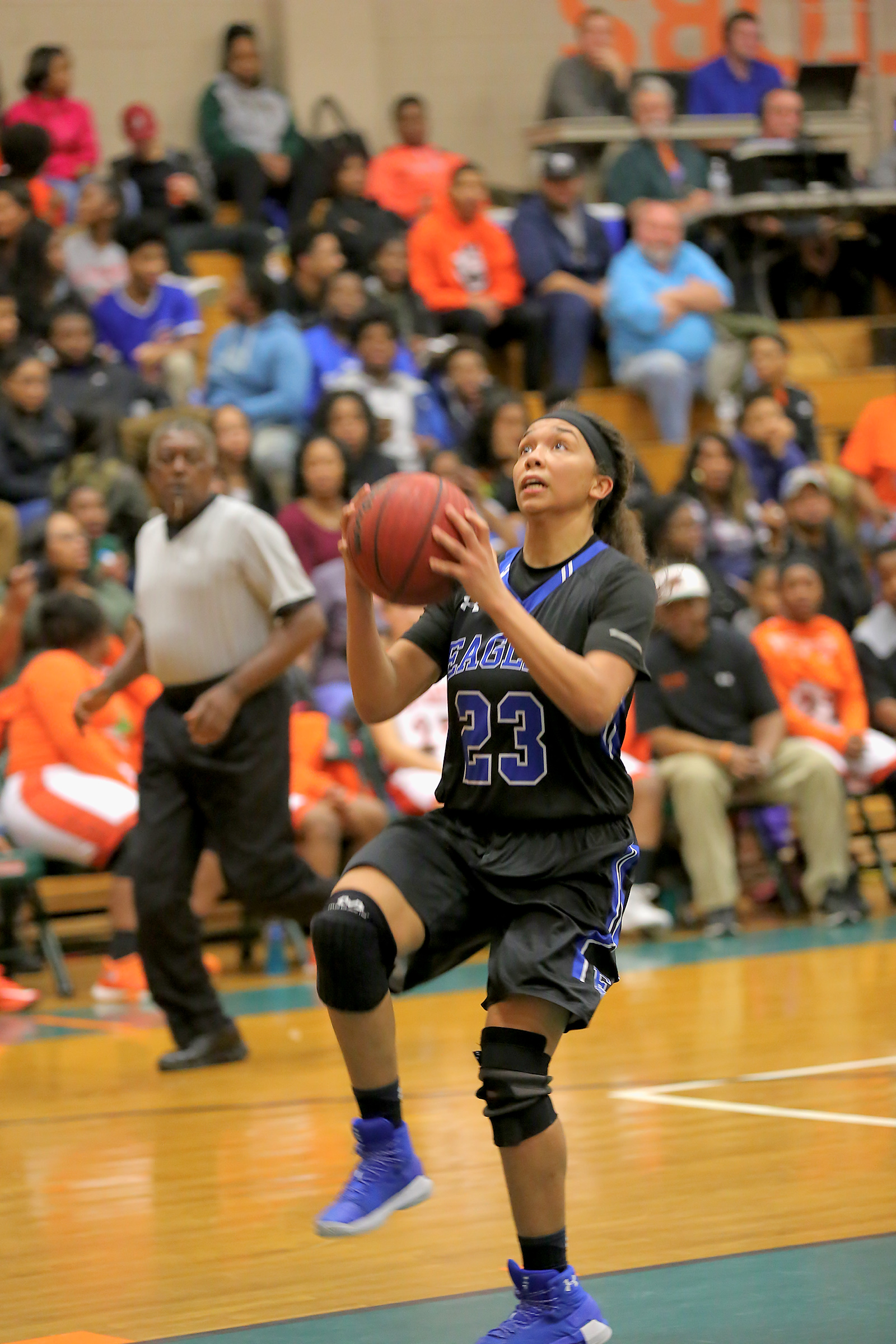 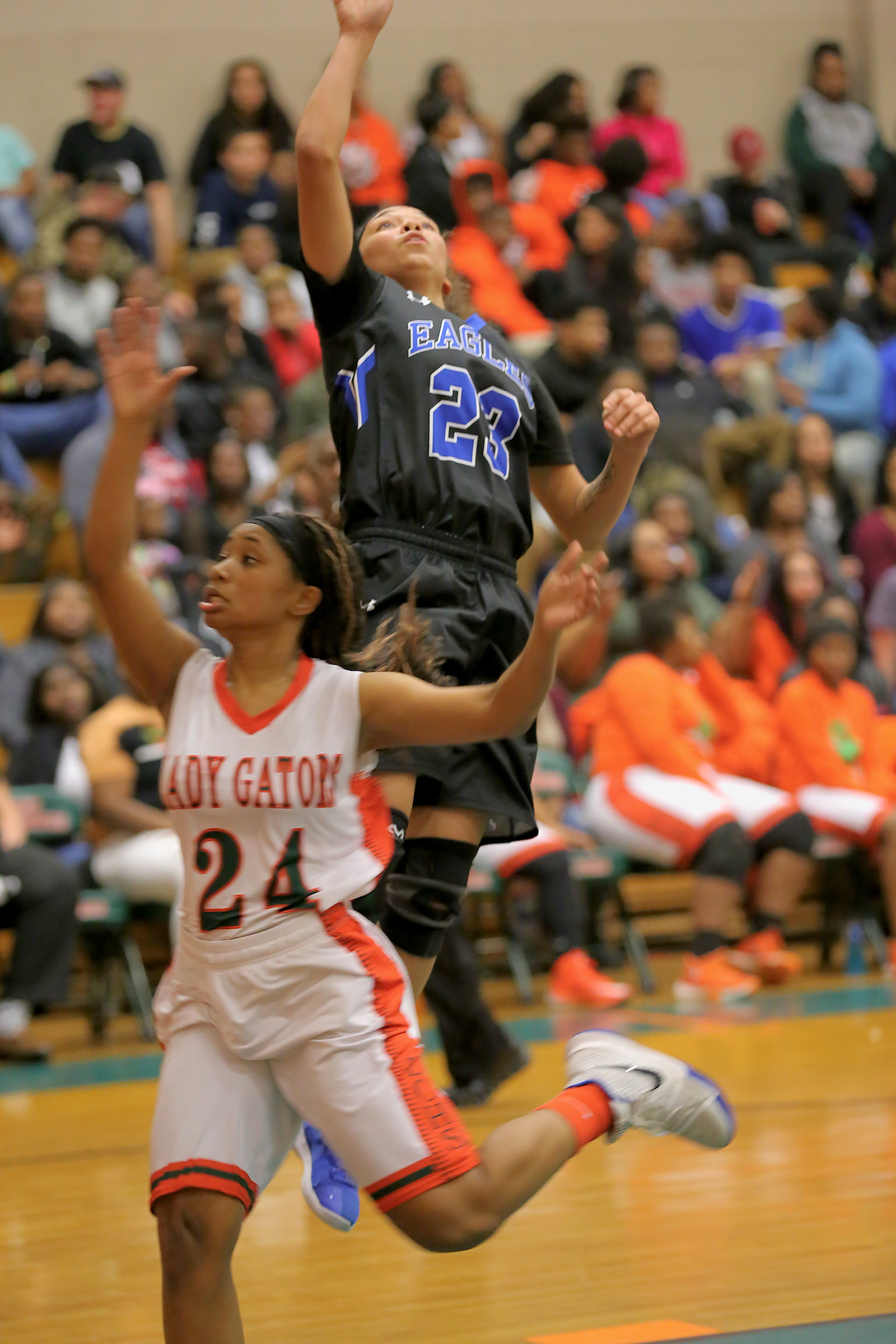 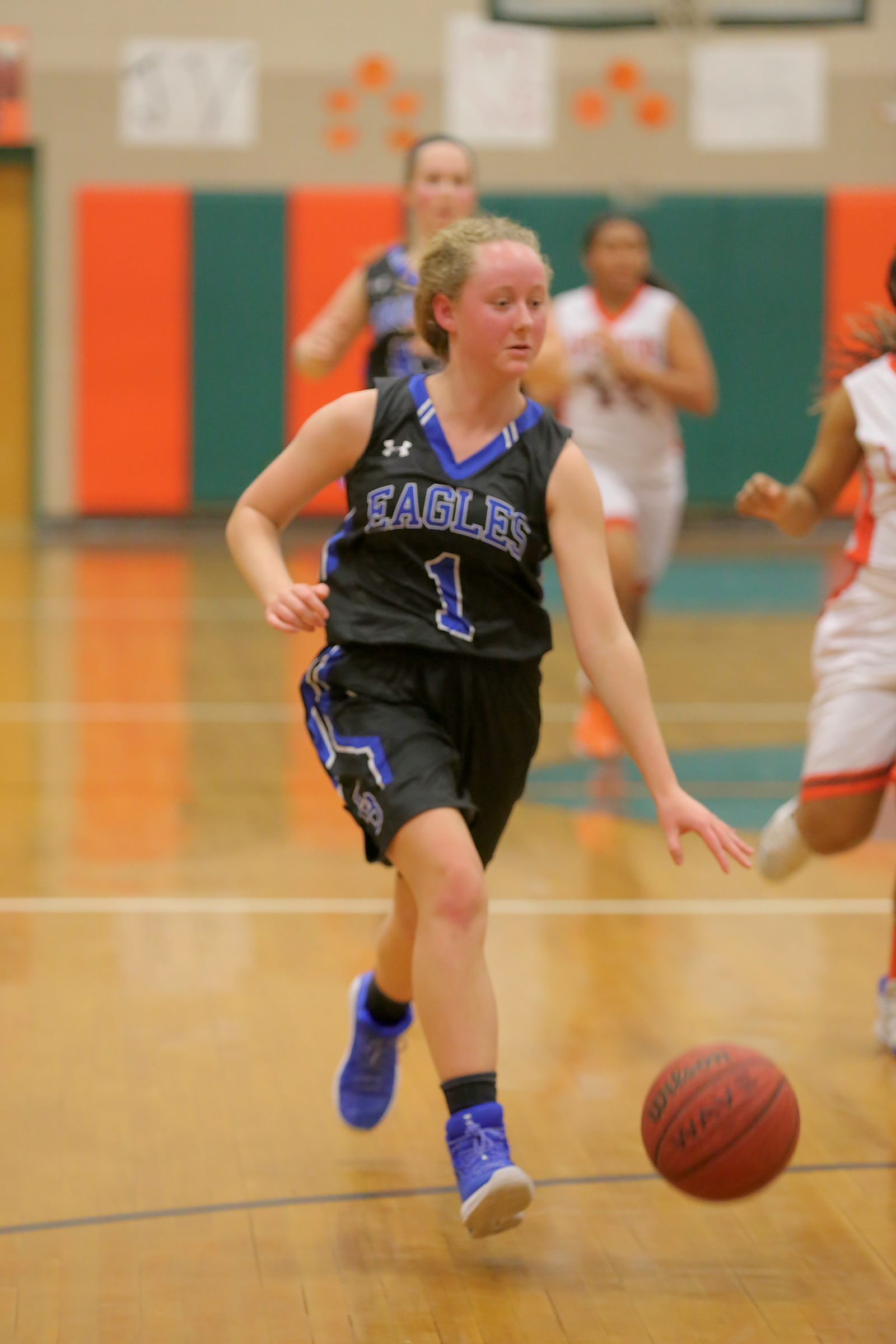 T. J. Barr bombed in a pair of 3-point shots in the first quarter, and Graylan Daniels threw in 5 points to lead the Gators to an early 15-6 lead. Seniors Messiah Leach and Sincere Smith drained 3-point shots for the Eagle points.

Barr blistered the nets with four more 3-point shots in the second quarter as the Gator lead swelled to 36-16.

Smith threw in a basket and a free throw for East Bladen in the period. Senior Deondre Newkirk nailed a 3-point shot, and Adonis Avery and Bryon Bowen sank 2 free throws each.

Smith lit up the scoreboard with a trio of baskets and a 3-point shot for the Eagles in the third quarter. Avery buried a 3-point shot and another basket in the quarter, and Newkirk and freshman center Javant McDowell netted baskets as the Eagles narrowed the gap to 50-34.

Smith topped the Eagle scoring with 16 points, and Newkirk and Avery followed with 10 points each. Leach added 7 points, and Bowen scored 6.

Barr’s six 3-point shots in the first half accounted for all of his 18 points. Daniels finished with 15 points for East Columbus.