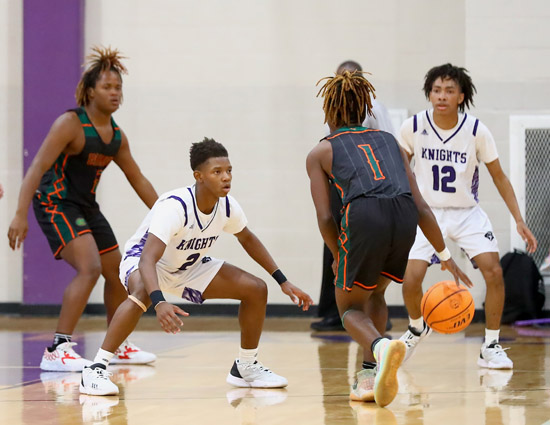 BLADENBORO – Sophomore Hezekiah Adams and freshman Jackson Pait combined for 29 points in the 2nd half to spark a 36-20 West Bladen surge that carried the Knights to a 61-37 non-conference boys’ basketball victory over East Columbus.

The Knights led 25-17 at halftime, and Adams opened the 2nd half with a pair of baskets. Sophomore Chase Williams banged in a bucket from close range, before senior Walter Bealon drained a 3-point shot for a 36-21 West Bladen lead.

Pait buried a 3-point shot, Adams powered in a follow shot, and Pait flipped in a runner to grow the lead to 43-27 at the quarter break. 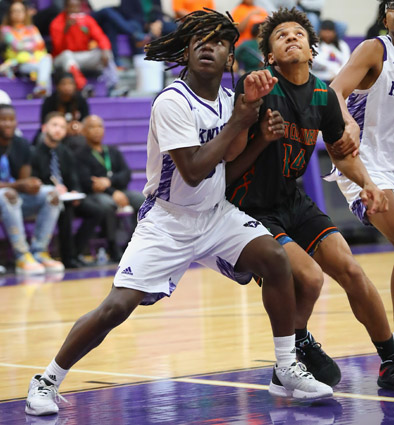 Adams drilled in a 3-pointer to begin the final period. Pait popped in a baseline runner, and Bealon delivered an assist to senior Anthony Mitchell for a lay-up. Adams bombed in another 3-ball then drove for a lay-up and a 55-29 lead. Pait and Adams both nailed 3-point shots as the margin swelled to 61-33 at the 2:33 mark.

Adams poured in 17 of his game-high 22 points in the 2nd half. Pait pumped in 12 of his 14 points after halftime. Junior Andre Moore connected on a trio of 1st half 3-pointers and finished with 9 points for the Knights. Williams followed with 6 points, and Bealon added 5 points.

“This is a very unselfish group of guys that we have,” said Knight Coach Travis Pait. “They love to pass the ball and they don’t care who scores. Hezi shot the ball well, but he was also very active tonight especially on defense. That is good to see. I thought we guarded well.” 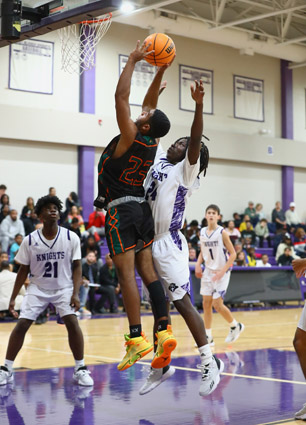 Williams powered in a pair of baskets in the 1st period, and Moore and freshman Tylik McCall knocked down 3-point shots as the Knights grabbed a 10-7 lead. Moore filled up the rim with 2 more 3-balls in the 2nd quarter, and Adams threw in 2 baskets and a free throw. Pait and Bealon netted baskets as the lead grew to 25-17.

“We had a good run at the end of the first half,” continued Coach Pait. “Peanut (Mitchell) played good for us filling in for Chase. We are excited. We have another big game tomorrow.” 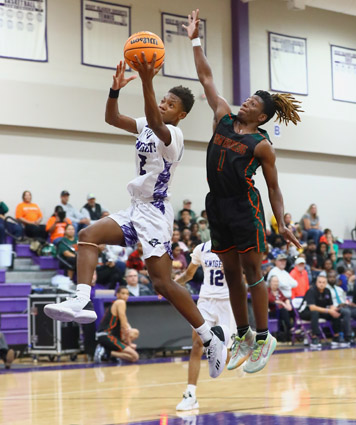 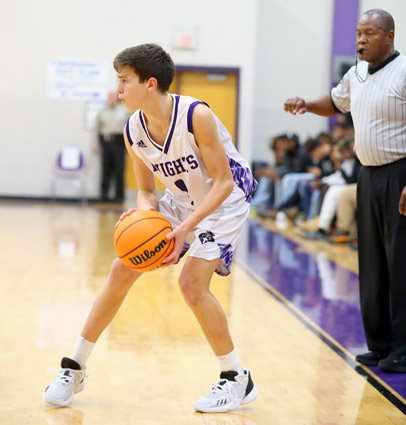 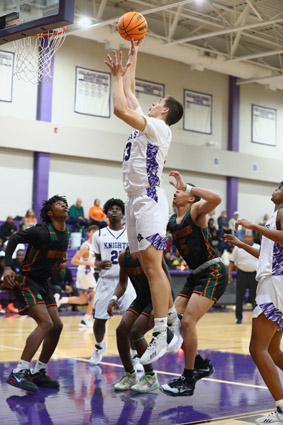 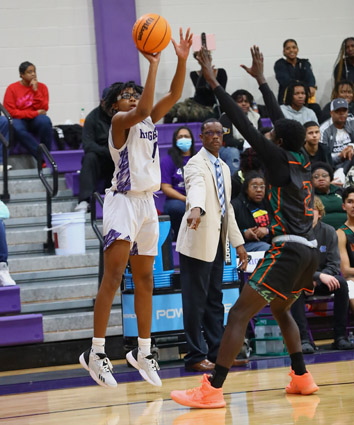 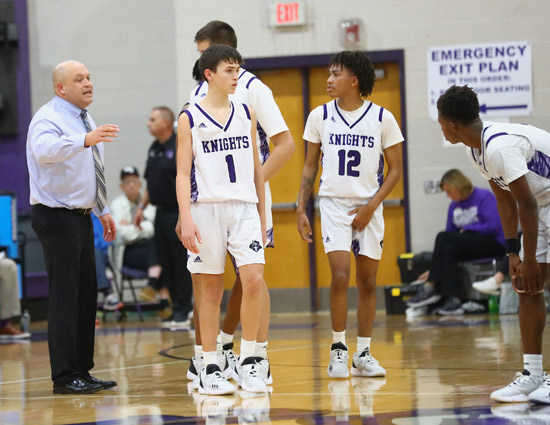