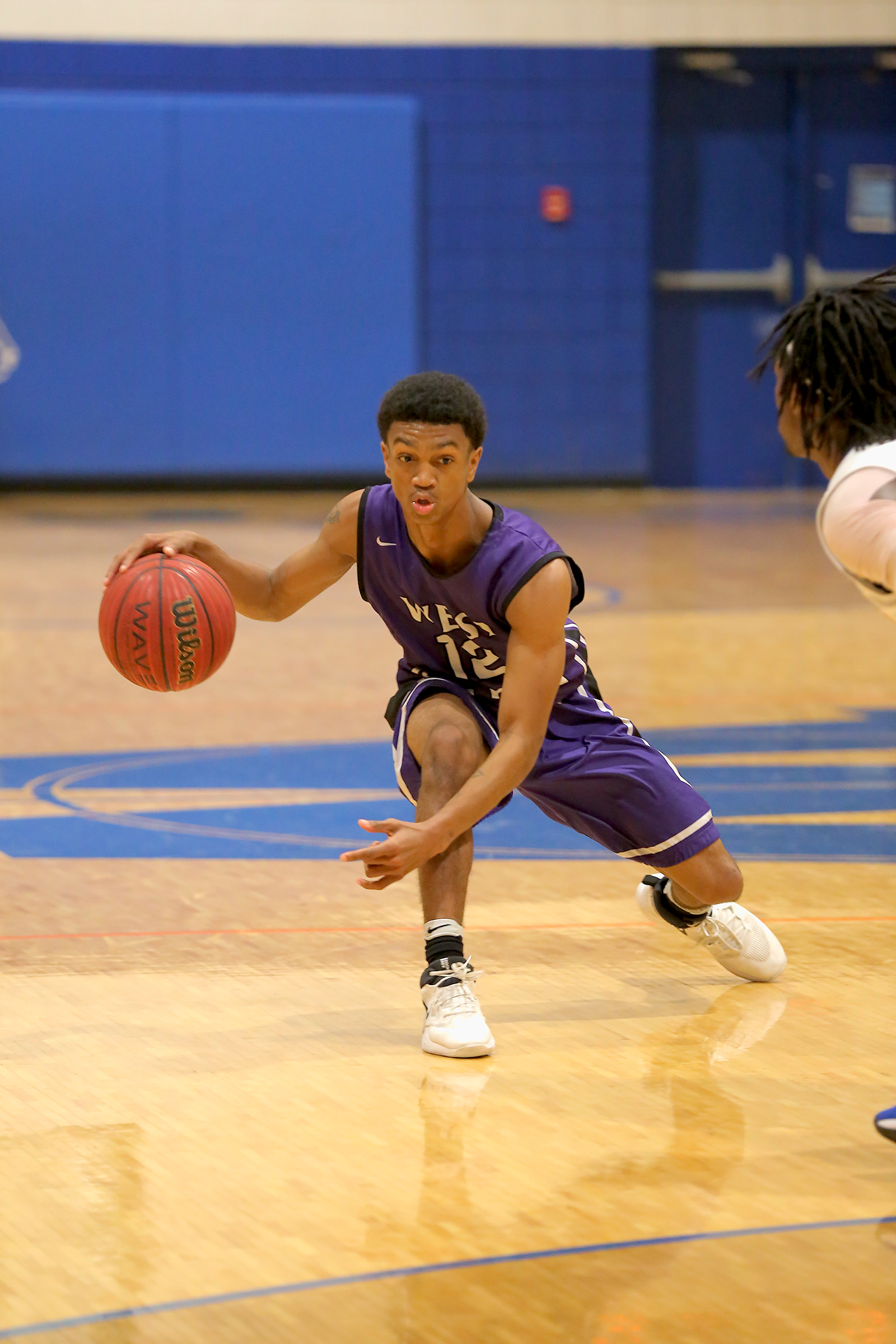 Junior Keshawn Lewis knocked down a pair of 3-point shots in the first quarter, and senior Jonathan Robinson powered in a pair of inside hoops as the Knights edged ahead 12-10. Freshman Shyron Adams added a basket in the period.

Junior Cameron Richardson threw in 4 baskets to lead a 24-16 Wolfpack surge in the second quarter. Teammate Phillip Powell netted 6 points in the period.

Junior Trenton Lyons nailed a pair of 3-point shots in the second quarter for the Knights, and junior Jaheim Lesane, senior Gerardo Reyes and Adams fired in one 3-point shot each to keep West Bladen within 34-28 at halftime.

Richardson racked up 7 more points for Whiteville in the third quarter, and Bradley Pridgen tacked on two baskets.

Senior Jatiek Martin worked inside for 4 baskets and a free throw to lead the Whiteville final quarter surge. Richardson tallied 6 points in the period, and Powell and sophmore Ty Moss added 5 points each.

Junior Kerron Baldwin-Washington drained a pair of 3-point shots in the final quarter, and Lesane connected on a 3-point shot and another basket. Williams flipped in a pair of baskets, and Adams bombed in another 3-ball.

Lewis topped the Knight scoring with 13 points. Lesane followed with 11 points, and Adams finished with 10 points. Williams and Robinson totaled 8 points each.

Richardson led the Wolfpack with 21 points, and Martin followed with 17 points. Moss finished with 12 points, and Pridgen and Powell tallied 11 points each.