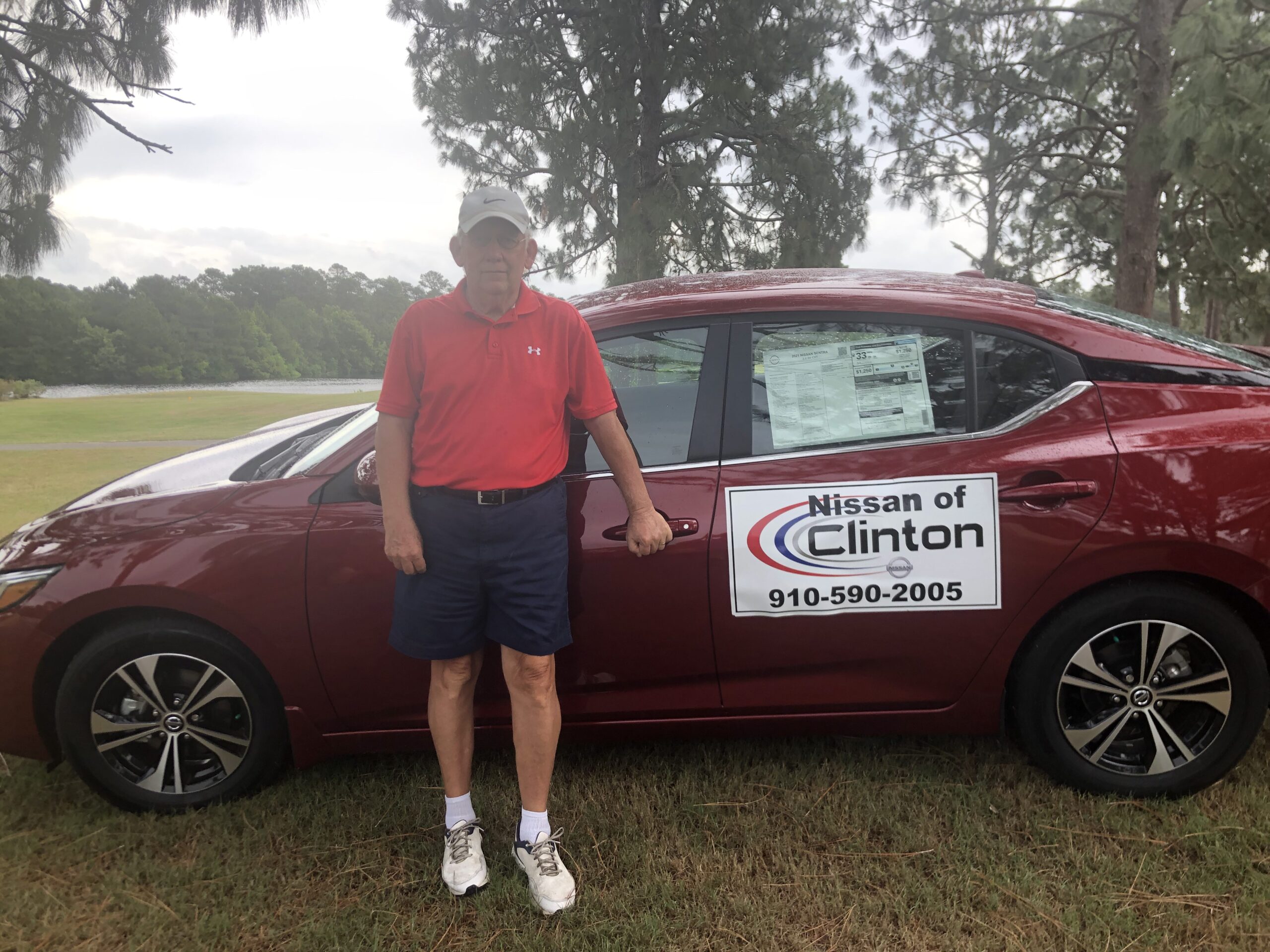 The Sheriff Jim McVicker Fund Raising Tournament was held Thursday, June 3 at Vineyard Golf at White Lake. The tourney, with a full field of 28 teams, attracted players from all over southeastern North Carolina. The feature event of the tournament was a hole-in-one by Stacy Owen on the 16th hole. Owen fired a 4 hybrid from 168 yards. The shot was Owen’s third hole in one of his career….and it earned him a 2021 Nissan automobile. The ace was witnessed by Owen’s playing partners Charles DeVane, David Cross and Norgie Hester along with two volunteers stationed at 16.

The winners of the tourney, with a 57, was the George Boussias team of Jeff Benson, Mark Mendell and Clay Hoffsttetler. In second place, with a score of 58, was Jimmy Davis, Blake Davis, Bryant Edwards and Don Salsbery. In third place, with a 58, was Juwan Lennon, Wesley Hall, Randy Clark and Patrick Puryear. A scorecard playoff determined the second place team.

Long drive for the ladies was won by Logan Schultz, the men’s long drive was won by Matthew Hardee. Closest to the hole winners were Ronie Russ, Michael Pastori, Charles DeVane and Stacy Owen.

The event was held at Vineyard Golf located at 4723 US-701, Elizabethtown, NC. 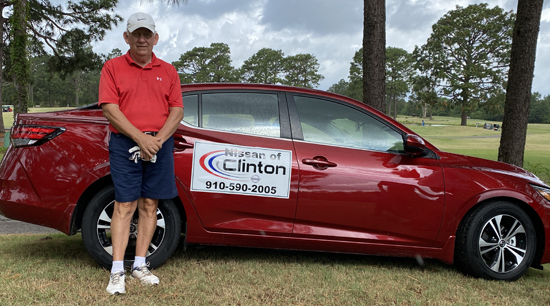