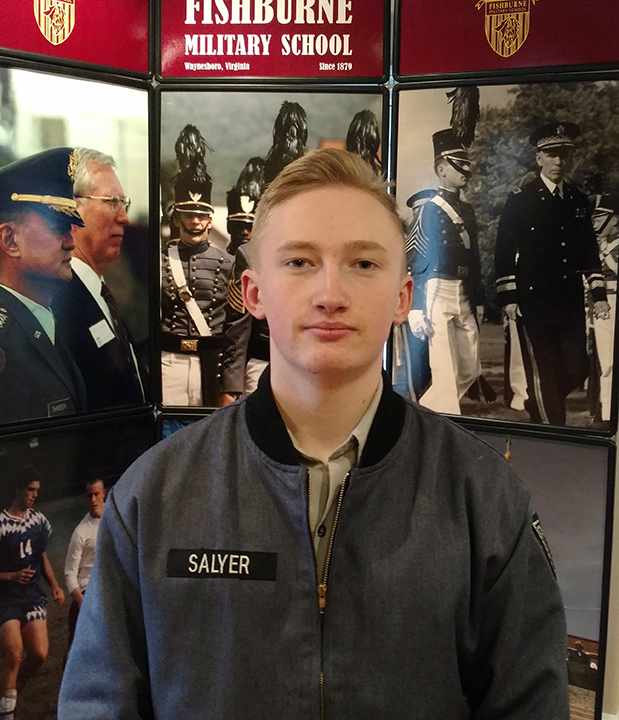 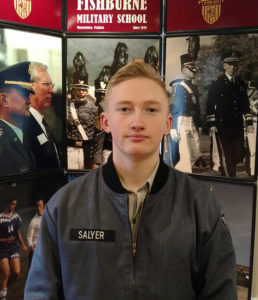 Salyer, a junior from Bristol, VA, is in his second year at Fishburne Military School. He is a member of the Honor Council, and the FMS Key Club. In addition to being named to the Distinguished Honor Roll, Salyer is a member of the FMS Football and Rifle Teams. He aspires to a career in the United States Army.

Cadet award winners are selected by a board of Cadet Officers, and is approved by the Commandant of Cadets. A Cadet award winner is selected based upon his academic, military and community achievements throughout the previous month.

“This was a surprise,” Salyer said. “a really nice surprise.”