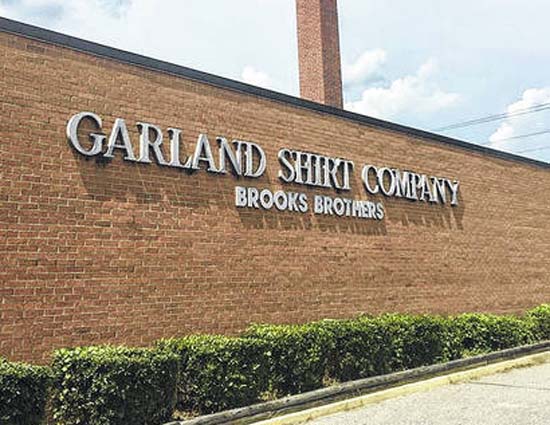 Brooks Brothers announced Friday that it will permanently closing the Garland Shirt Factory on July 20 because of “unforeseen business circumstances resulting from the effects of the COVID-19 pandemic.”

The company said in a warning notice to the N.C. Department of Commerce dated Wednesday that the closure would affect 146 employees.

“We apologize that we were unable to provide you more advance notice of this action,” the letter addressed to NC Works Rapid Response Team Manager Russell K. Doles reads. “The speed and vast reach of the COVID-19 outbreak, as well as the different declarations of a state of emergency and directives at the federal, state and local level … was unforeseeable and caused, and will continue to cause, among other things, a drastic impact on the Company’s business.”

Garland was one of three Brooks Brothers factories in the United States. The others are in Havermill, Massachusetts and Long Island City, New York. The Garland plant made button-down Oxford shirts.

Garland Mayor Winifred Hill Murphy told The News & Observer of Raleigh that the closing is a “devastating loss” for the Sampson County town that borders Bladen County off U.S. 701.

“We have been known for Brooks Brothers,” Murphy told the newspaper. “Before the retail store closed people would travel here from hours away. It has given employment to a great number of people.”

Brooks Brothers began selling clothing in 1818. The company has been for sale since last year.