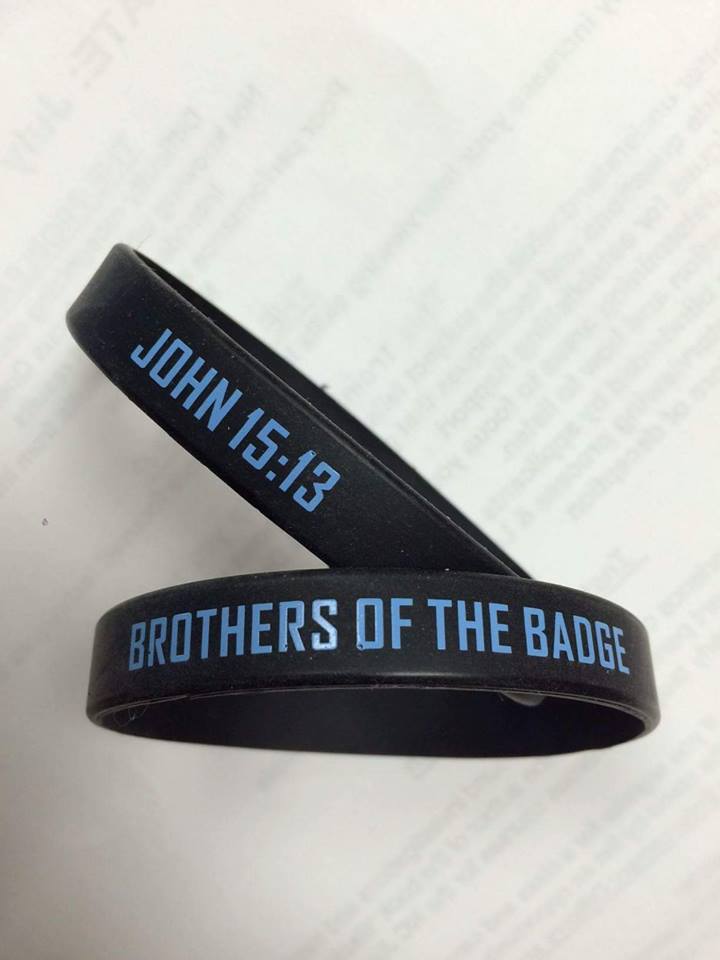 Brothers of the Badge ministry continues to grow

The Brothers of the Badge ministry keeps growing, according to Bladen Christian Outdoorsmen’s Jeff Gause. He is preparing for an upcoming trip to the Dallas, Texas Police Department to deliver 4,000 arm bands to the men and women in that department.

“An anonymous donor stepped up,” said Gause. “They found out how many officers there were and made a donation to pay for their bands.”

Gause is working through the logistics of flying to Dallas to deliver the bracelets and meet with the members of the Dallas PD. While there, Gause plans to share with the officers the story behind Brothers of the Badge.

He said more arm bands are being ordered. Gause said that he has an order for arm bands for Jackson County, Ga. as well as orders for more arm bands here in North Carolina.

The Brothers of the Badge is even finding its way to foreign shores. One of the officers assisting Gause with the arm bands has opted to carry some arm bands with him on a mission trip to El Salvador.

“He took some arm bands with him and the purpose is to find some men and women in law enforcement to give the bands to,” said Gause.

Gause said when he came up with the concept for the arm bands, he had no idea it would grow this rapidly.

“I had no idea it was going to get this big,” said Gause. “People are seeing the bands and wanting to donate to keep them going.”

The arm bands are free to members of law enforcement and $2 each to the public. To make a donation or to place an order for arm bands, contact Jeff Gause at Bladen Christian Outdoorsmen or Richard Allen at the Bladen County Sheriff’s Office at 910-862-6960.