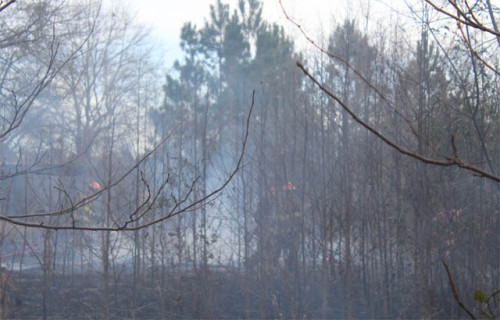 A brush fire fueled by gusting winds burned about an acre Sunday afternoon in a housing development off Owen Hill Road, but firefighters were able to extinguish it before any of the nearby structures were damaged. No injuries were reported.

Fire units from Dublin, Elizabethtown and Tar Heel responded to the call about 3 p.m. to a group of houses between Archie Grimes Lane and Melvin Road off Owen Hill Road about halfway between Dublin and Tar Heel. Firefighters spent about two hours spraying water on hot spots near houses and working their way deeper into thicker woods to prevent the fire from spreading. Residents stood outside and watched as firefighters prevented the fire from spreading. For the most part, the wind was blowing the fire away from houses, but was headed for thick woods.

It’s believed that a person was burning yard debris and the fire got out of control due to the wind. The fire is under investigation by the Bladen County Fire Marshal’s Office. 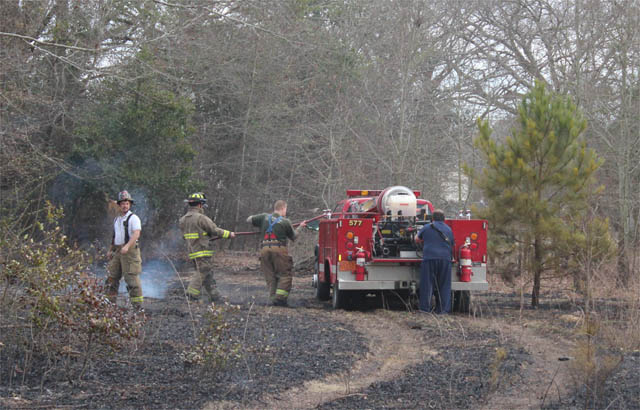