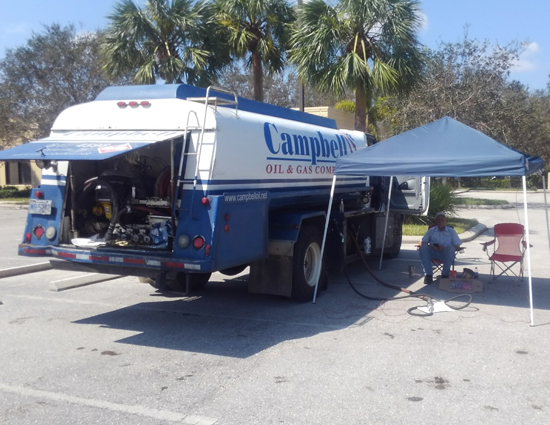 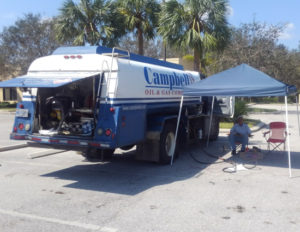 A family-owned Elizabethtown business is celebrating 70 years of service to the residents of Bladen County. One employee has remained with the company for 50 of those years.

As of May 2018, Campbell Oil Company began to celebrate their 70th anniversary and Mac Campbell also celebrated 50 years of working at the company his father began.

“That store was located where Hardees is now,” said Campbell.

Campbell Oil was not his father’s first attempt at starting a business. Campbell recalled his father had opened a small store in Elizabethtown. The original store, called Mac’s Place, was opened before World War II and was claimed by a fire in 1940, but the memories and results of his father’s hard work remain alive and well at Campbell Oil today.

Campbell recalled fondly how his mother was a school teacher and gave her support to his father’s business in those early days. His mother taught school and kept the household running while his father worked to build his business.

Campbell said once his father secured the funds to begin operating his business, he eventually acquired the Gulf dealership in the 1960s.

Campbell said when he left to go to college, he didn’t have anything else in mind other than coming back and working for his father. He said he started his career with Campbell Oil driving delivery and transport trucks.

“When I completed school, I came back to work full-time,” said Campbell.

He said he worked alongside his father at the company until his father passed away suddenly in 1981.

“One of the disadvantages is, if there is one, when my Dad passed away, he was my business partner, my best friend, and father, all in one person,” said Campbell.

Campbell said the company also has second, third and fourth generations of the Campbell family all working there. He said his sons expressed an interest in the family business and he immediately put them to work.

Campbell said one of the biggest the changes he has seen over the years is finding people with passion and drive to work for the company.

“The work ethic I was taught and tried to teach my children doesn’t seem to be as prevalent today,” said Campbell. “We have been very blessed to have good employees.”

He said he has also seen the gas stations move from full service where an attendant would pump your gas and check your oil to self service where the customer does it themselves.

Campbell said his own business has evolved and grown over the years to include convenience stores, gasoline and fast food to include Arby’s and Little Caesars. He said with the addition of those lines, the company is not totally dependent on how the gasoline industry performing.

“You can’t stand still. You have to continue to be more efficient at what you are doing,” said Campbell.

He also said the rules and regulations for businesses have changed over the years.

When asked what his advice would be to someone who is thinking of starting their own business, Campbell said to study other companies in the area of business you are seeking to join and study what they are doing.

“You also have to be reasonable with what is feasible for you to do,” said Campbell.

He also said make sure you have a strong business plan to present to banks and other funding sources.

“We love where we live and we are committed to continue to be a part of the community and region,” said Campbell.