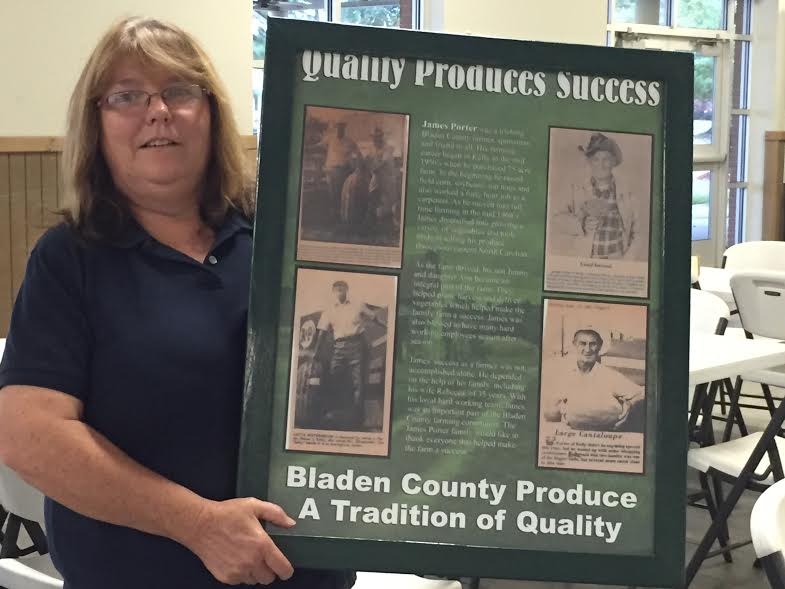 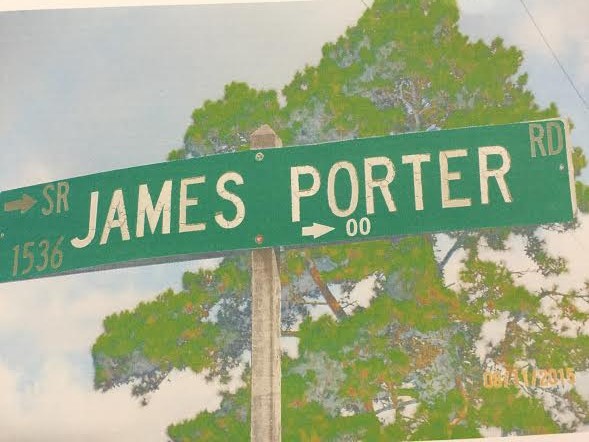 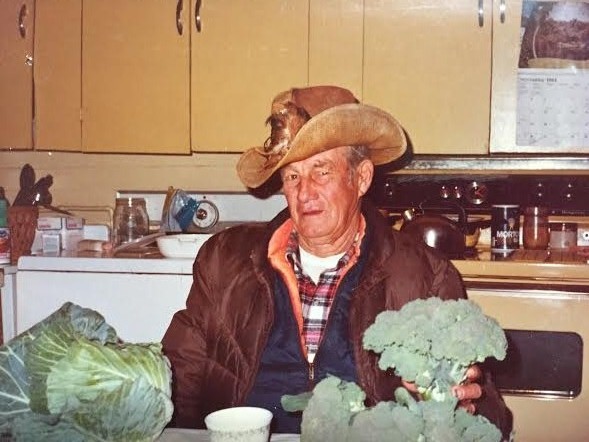 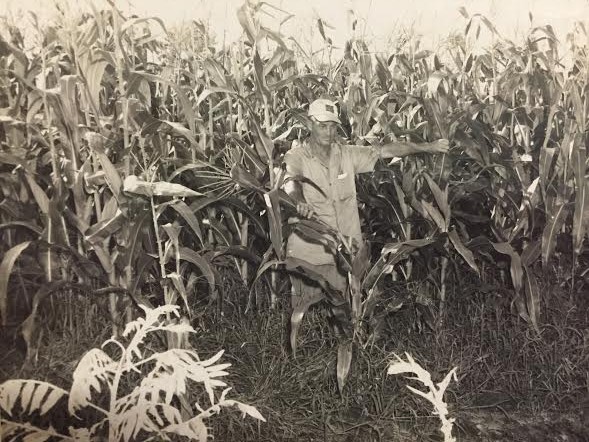 A display in the Cape Fear Farmers Market serves as a quiet tribute to one Bladen County farmer – James Porter.  He was known for growing prize winning produce over the years.

If you pass through the community of Kelly, there is road just off NC East that is named for him.

“My daddy’s quality of produce was so good, it was often sold before it was put in the ground,” said Ann Gaddis.

Porter initially worked as a carpenter and even spent time working in South America before he purchased his farm in Kelly in the 1950s. Gaddis said her father started farming and continuing his career as a carpenter before moving into farming full-time in the 1960s.

As she sat at a table inside the Cape Fear Farmer’s Market, she reminisced of the time from her childhood when she would travel with her father to Elizabethtown to sell his produce. During those years the farmers market was a small grocery store known as Inman’s Red and White and was operated by brothers George and Jessie Inman.  It was just one of several places where Porter would sell his produce.

Gaddis said that her father taught her and her brother Jimmy Porter a lot about life as well. She said he emphasized two character traits very strongly –providing good quality and being honest about things.

Gaddis said when she and her brother were growing up on the farm; they worked on the farm with their father.

She said she enjoyed helping him unload the produce when they arrived at their destination and meeting the folks at the various locations they went to sell their produce.

Gaddis recalled that whenever they would go to sell to produce in Wilmington her father had a place he enjoyed visiting.

“When we would travel to the farmers market in Wilmington, we would stop at the Tasty Pig Restaurant on NC 210 Highway,” said Gaddis.

She said when they would arrive at the Tasty Pig, her farther would stop the truck and go inside and sit and drink coffee and talk with the folks in the restaurant.

Gaddis said her father was one of the first farmers in Bladen County to use a cucumber picking machine on his farm.  She said once the cucumbers were harvested, they would load them and take them to the market in Faison where they would be graded and buyers would come by your stall and make their purchases.

“If you didn’t have the quality, you didn’t get as much for your produce,” said Gaddis.

She attributes her father’s success as a farmer to not only his work ethic, but also the love and support of his wife Rebecca. Gaddis said her mother made sure that there was always a home cooked meal on the table for each meal of the day and chores in the house were always caught up.

Gaddis said she uses many of the ideals her father instilled in her growing up as an inspector at Cox Processing in Clarkton.  Her brother Jimmy Porter works the second shift at the GE plant in Wilmington and he also carries on the family tradition of farming.