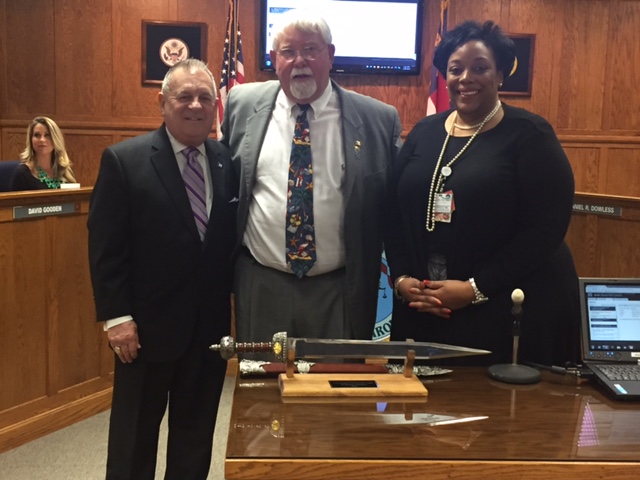 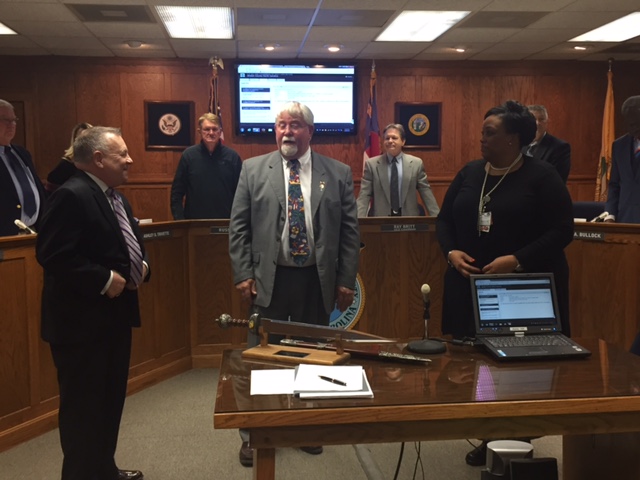 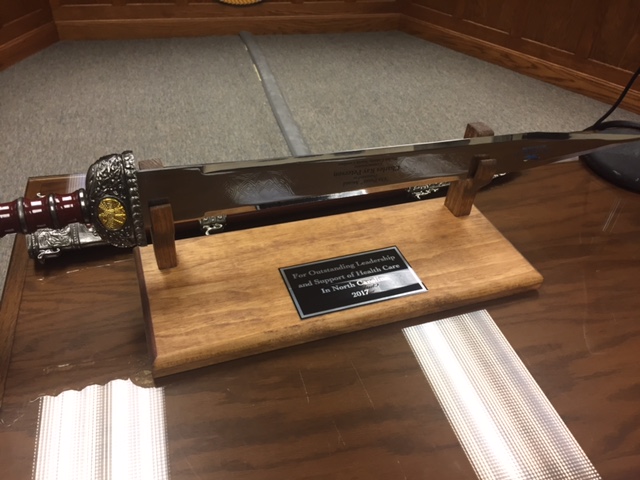 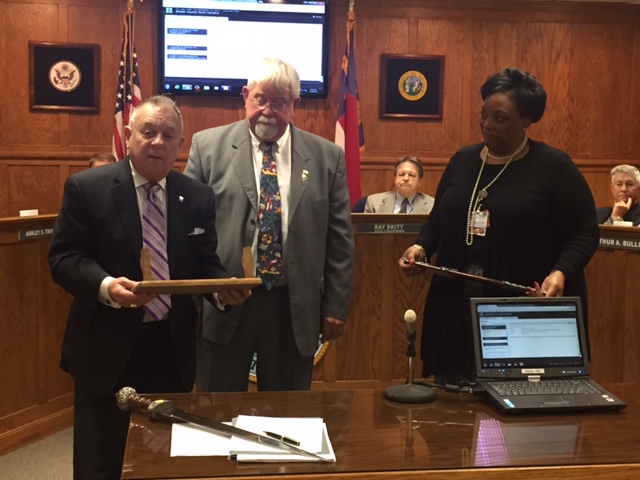 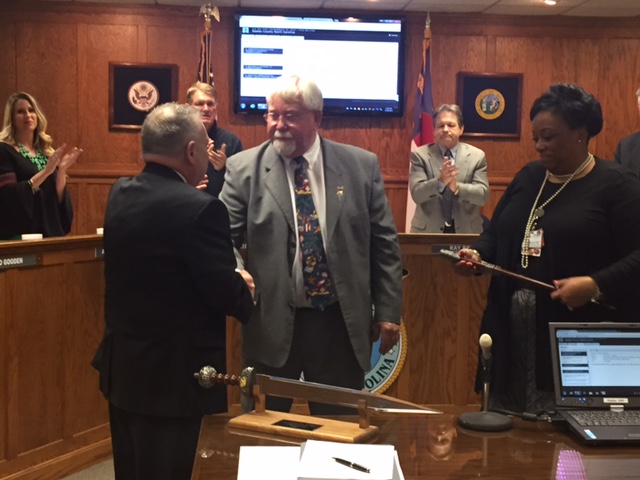 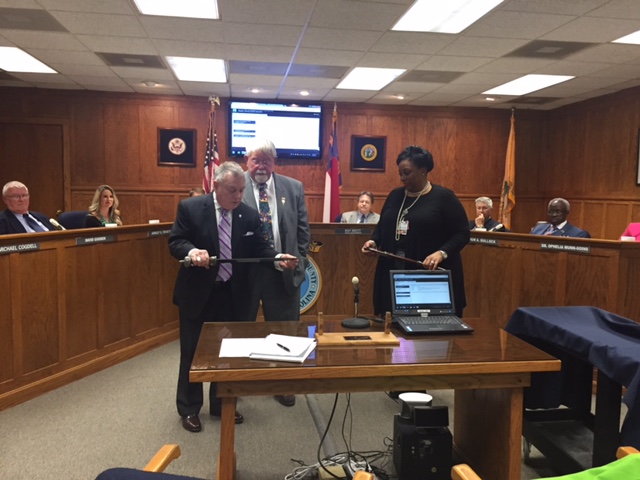 The On Point Award is the highest honor someone can receive from the hospital, said Blackwell. This is the third time the award has been presented.

Blackwell said the award is presented to those who have demonstrated efforts to improve health care. He explained that On Point is a term often used by the military to describe someone who often gets the desired result of their assigned mission.

Blackwell explained the award is an engraved Roman short sword called a Gladious. It was used by frontline Roman shoulders when they encountered hand-to-hand combat.

Blackwell told those in attendance at the meeting when Cape Fear Valley entered into negotiations to acquire Bladen County Hospital, there were many long hours spent in discussions regarding the contract.  Blackwell said negotiations took about three years to complete and one individual was a strong fighter for health care in Bladen County.

When Blackwell requested Peterson come forward, he was obviously surprised.

He added that when the county entered into negotiations with Cape Fear Valley, there were many needs facing Bladen County Hospital.

“I’m overwhelmed,” said Peterson of the honor as he accepted the engraved Gladious.