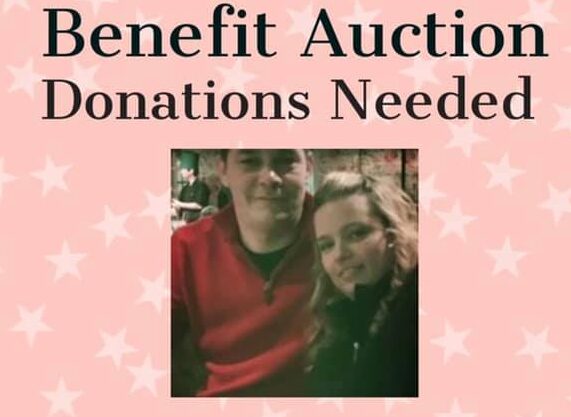 Most would say Timothy and Cornelia Hester of Bladen County are model citizens. The married couple has even been called heroes by some.

Mr. Hester is a Police Officer with White Lake Police Department, and Mrs. Hester is a Dental Assistant at Dr. C.M. Johnson’s office in Elizabethtown.

The duo has five children and helps raise foster children. This past Christmas, Mrs. Hester organized a campaign to provide gifts for children in need. In June of 2020, after Officer Hester helped save a life at White Lake, Lieutenant Mike Salmon with the White Lake Police Department explained Hester has been in law enforcement for 17 to 18 years. Lt. Salmon said, “He’ll do anything in the world to help you if he can.”

Recently, White Lake Police Chief Bruce Smith echoed what Salmon said back in June and added multiple counts of Hester’s heroic and caring acts of kindness while working on the police force.

According to Fire Marshal Clark, fire departments from Elizabethtown, White Lake, White Oak, and Hickory Grove responded to the scene. One White Lake Volunteer Firefighter broke her leg in three places responding to the fire.

Although the fire officials did not want to give the Firefighter’s name, they said, “She is dedicated, and she needs prayers,” they added, “she had surgery and is home recovering.”

Everyone in the home, including seven children, made it out safely with no injuries. Fire Marshal Clark also reported Red Cross stepped in to help the family, and the insurance company has not decided if the home will be considered a total loss at this time.

White Lake Police Chief Bruce Smith and White Lake Fire Department Chief Dale Brennan explained the community is coming together to raise money for the Hesters. According to Chief Smith, the police department, along with the town’s fire department, public works, Colly Chapel Church, and other friends and family, will hold a lunch drive-through plate sale the first Friday in February. The event will be held at the White Lake Fire Department. 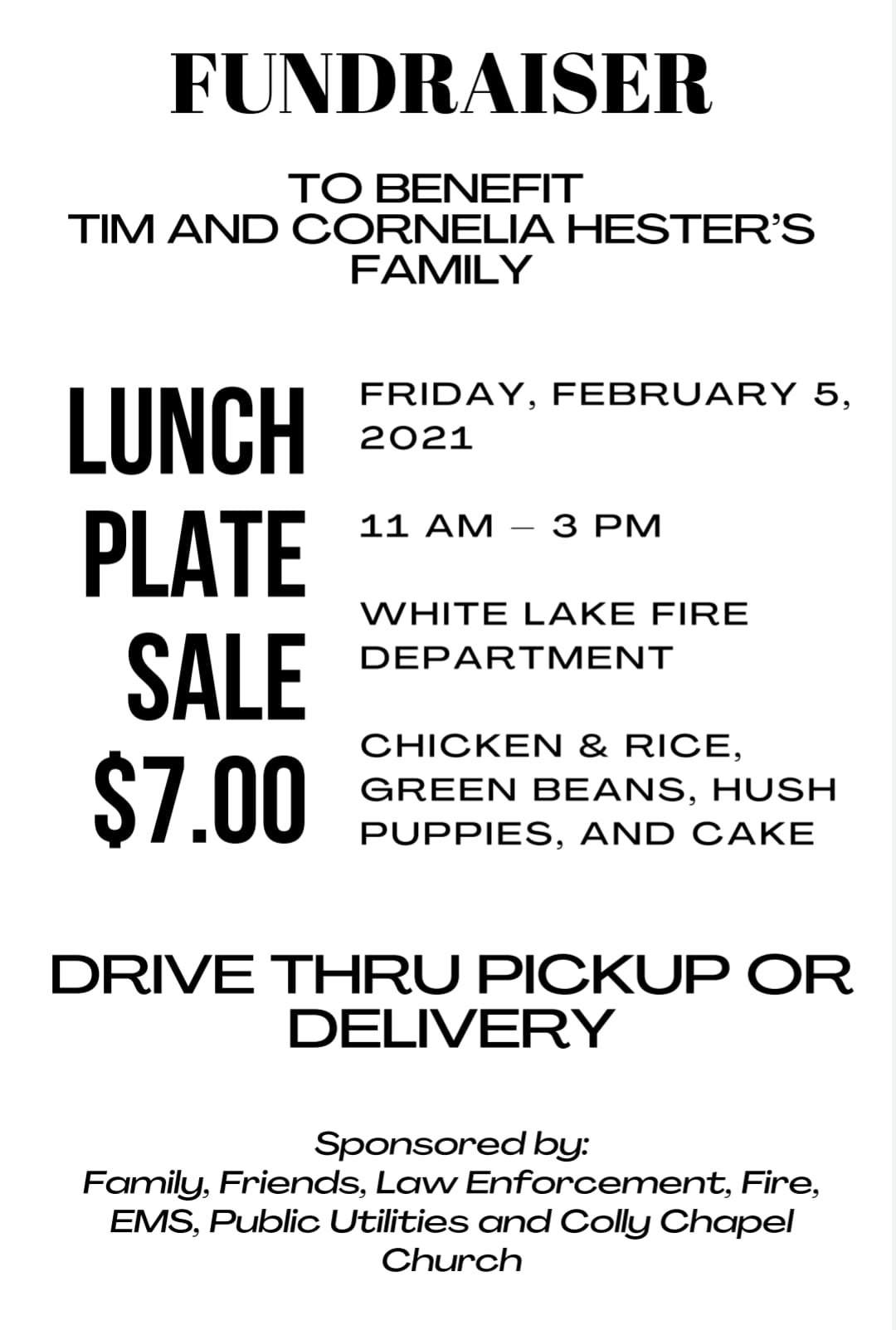 Marlene Baxley and other family friends also announced on social media they are planning a benefit auction. Anyone wishing to donate items is asked to contact Baxley at 910-588-4096.
Find out more about the auction here:
https://fb.me/e/gpdbY19Hz

This week, after the fire, the family’s dog, Jolene, got sick. Caitlin Davis, their dog’s trainer at Anything is Pawsable k9 Training, stated the veterinarian discovered that Jolene had ingested something toxic, and it was lodged in her stomach. The veterinarian was able to do surgery, and the dog is reported to have recovered; however, the medical bills are expensive.

Davis started a GoFund Me page to help the family with the veterinarian bills.

Some may say this is heroes helping heroes in a community that cares. 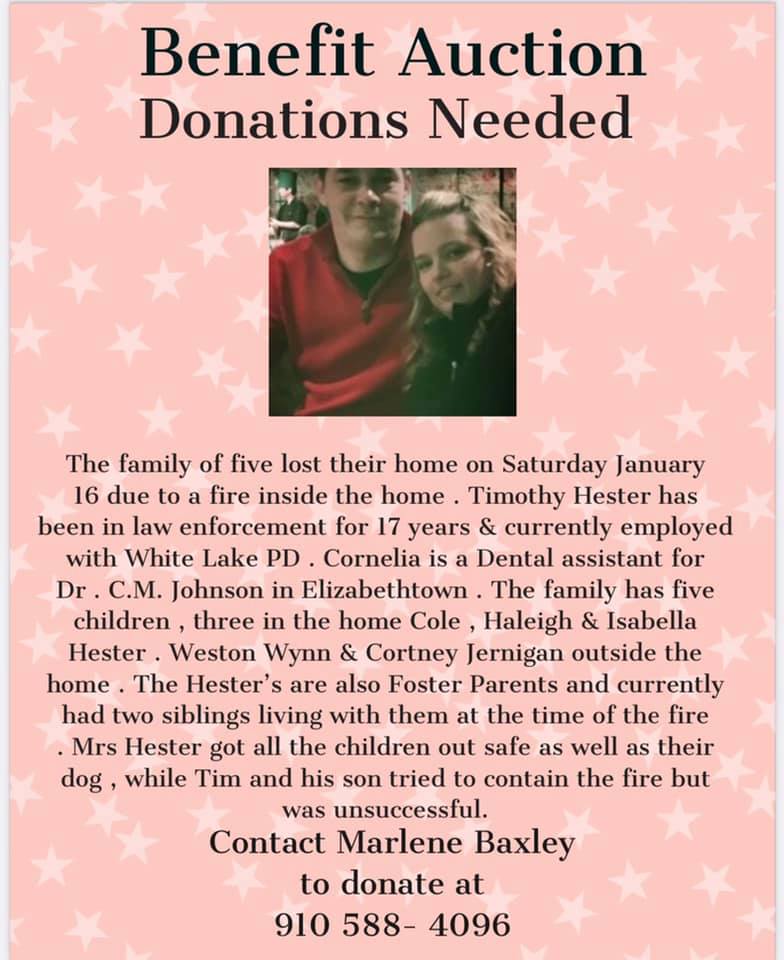