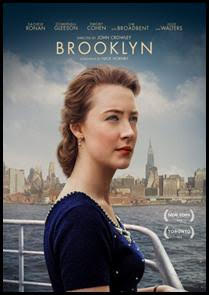 The Carolina Civic Center Historic Theater has announced its annual “Best of the Year” summer film series, which features many of the 2016 Academy Award nominees and winners.

Included in the series are best picture award winner, “Spotlight,” as well as this year’s winners in the documentary and foreign film categories. As a special treat, the theater has added “In The Good Old Summertime Singalong” featuring organist Mark Andersen playing nostalgic favorites while the audience sings to projected images and lyrics. All films are $5 and begin at 7 p.m., while the singalong concert is $10 and $5 for students. Concessions are available separately for purchase.

Best of the Year Summer Film Series showtimes are 7 p.m. All tickets are $5 each.

Tickets can be purchased in-person or by  telephone between the hours of 1and 5 p.m. weekdays through our administrative offices or by calling the Civic Center at (910) 738-4339. Tickets can also be purchased at the door. Theater lobby box office opens for ticket sales one hour prior to performance.