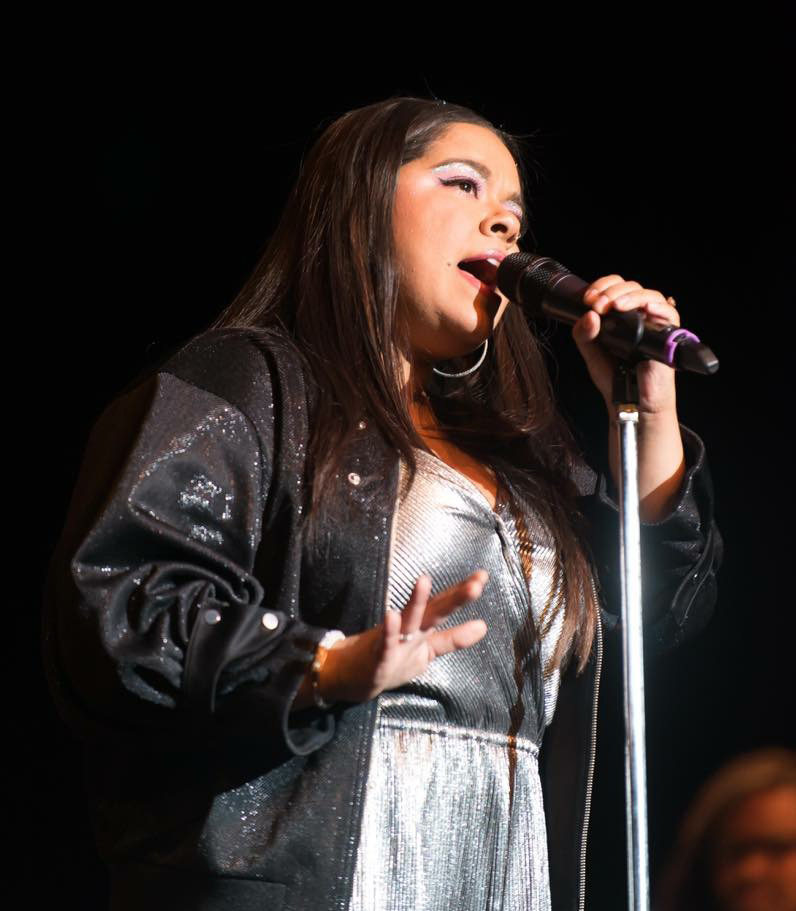 The Carolina Civic Center Historic Theater has announced their 2018-19 Schedule. Tickets for the new season will go on sale beginning at 12 noon on Tuesday, July 24th.

Ticketing Information
Tickets for the Mainstage Series can be purchased online by going to the theater’s web site at www.carolinaciviccenter.com.  Tickets also can be purchased in-person or with credit card or cash from noon to 5:30 p.m. Monday through Friday through the administrative offices in the theater’s second floor (enter on Fourth Street side), or by calling the Civic Center at (910) 738-4339. Tickets can also be purchased at the door (if available). Theater lobby box office opens for ticket sales one hour prior to performance.  Mainstage Series tickets range from $10 – $25 (not including “Special Performances”). A Season Subscription Discount of 10 percent is available with purchase of five or more events at the same time through the box office. Senior, Military, SRMC PrivilegesPlus, student discounts and Group Rates are also available for most events.  For Group Rates and Season Tickets, please call our box office at (910) 738-4339. All ticket prices now include 7 percent sales tax on nonprofit attraction ticket sales as required by the North Carolina General Assembly as of January 1, 2013.

The Carolina Civic Center Historic Theater is a beautifully-restored treasure listed on the National Register of Historic Places that offers visitors a unique and visually stunning experience. The theater is located at 315 North Chestnut Street in the heart of downtown Lumberton.  First opened in 1928 as a vaudeville and silent film house, the theater offers a wide array of programming including live touring performances, original productions, art exhibits, films, special events and rentals. For more information visit www.carolinaciviccenter.com.

Upcoming shows and events are as follows:

A regular sell-out show, Masters of Soul tribute show is a celebration of artists discovered in the Motor City in the 1960s. The show features costumed, fully choreographed tributes to male and female groups of the era, backed by a band of seasoned musicians who have been performing together for decades. Tickets: Individuals $25, Seniors (65+) and Military $22. Students $10, PrivilegesPlus members $20. Group discount rates of $20 each for groups of 10 or more when purchased in advance are available by contacting the box office.

From recording her first song at the age of 2 years old, to being a part of NBC’s The Voice, Brooke Simpson’s life story is one with her music. She is a powerhouse vocalist who is passionate about songwriting and people. This past winter she received a four-chair turn on The Voice, with Miley Cyrus as her coach, ultimately finishing in third place on the show’s 13th season.  Robeson County native Charly Lowry will open for Brooke, bringing her authentic, soulful music to the theater’s stage. For this special event, tickets are $35 with a limited VIP option of $50. VIP ticketing includes seating in first four rows of the center section and a 5-6pm meet and greet session with Brooke Simpson that includes a free signed poster and complimentary soda and popcorn.

Directed by Cash Michaels, “Al: My Brother” is an inspiring and instructive film for young and old, black and white, to come together, and demand a government that serves the needs, and the rights, of ALL Americans. Featured in the film are the Rev. Jesse Jackson; Rev. Dr. Benjamin Chavis; Congressman John Lewis; Bob Zellner, formerly of the Student Nonviolent Coordinating Committee; Prof. Tim Tyson, author of “The Blood of Emmett Till; Ruby Sales, veteran civil rights activist; and Charmiane McKissick-Melton, daughter of legendary civil rights attorney Floyd McKissick Sr.

Cash Michaels, the producer-writer-director of “Al: My Brother,”is an award-winning journalist and filmmaker, having produced the 2014 documentary, ‘Pardons of Innocence: The Wilmington Ten.” He is also currently serving as an associate producer on the upcoming documentary, “Origin of the Dream,” about the social justice partnership of Dr. Martin Luther King Jr. and American poet Langston Hughes.  Tickets $5.

Sweet Potato Pie
7 p.m. Thursday, November 1, 2018
In partnership with the Robeson County Arts Council this is part of the annual Bluegrass on the Blackwater series.  Sweet Potato Pie has been entertaining audiences for over a decade with their classy blend of Americana, Bluegrass, Country and Gospel music mixed together in a style they call “sweetgrass”. Radio and TV are well acquainted with their angelic vocals from appearances on PBS, the Food Network and worldwide radio broadcasts. Hailed as the “Lennon Sisters of Bluegrass”, their show revolves around their beautiful three-part harmonies, hard driving instrumentals and down home humor. Tickets are $15 each or $10 for Students with current ID.

Annual “A Robeson County Christmas” Show
7 p.m. Thursday – Saturday December 6-8, 2018
1 p.m. Saturday December 8 and 3 p.m. Sunday December 9, 2018
The Civic Center’s annual heart-warming holiday musical revue for the entire family, featuring the best regional performers singing and dancing in the holidays, with appearances by Rudolph the Red Nosed Reindeer, Frosty the Snowman, and Santa Claus. The theater’s is fully decorated for the season, and school shows are scheduled for the prior week.  Tickets: Individuals $25, Seniors (65+) and Military $22. Students $10, PrivilegesPlus members $20. Group discount rates of $20 each for groups of 10 or more when purchased in advance are available by contacting the box office.

Named after a haunting Bob Dylan song, Farewell Angelina is an all-female country group with four powerhouse vocalists, dynamic songwriters and TRULY BUTTKICKING multi-instrumentalists. A band of longtime friends Farewell Angelina are singer-songwriters touring and recording with top artists, and writing songs for some of Country Music’s biggest hitmakers. They’ve been named among Rolling Stone’s “New Artists You Need To Know,” and Roughstock’s “Ones to Watch” with a tour schedule to prove it. The group has opened for Kenny Chesney, Old Dominion, Frankie Ballard, Jake Owen, Billy Currington, and Trace Adkins, among other star acts. Tickets: Individuals $25, Seniors (65+) and Military $22. Students $10, PrivilegesPlus members $20. Group discount rates of $20 each for groups of 10 or more when purchased in advance are available by contacting the box office.

The theater’s popular, and very competitive, talent competition that includes all categories of talent from singing and dancing to instrumental and more.  Auditions are held each January to determine who gets to showcase on the theater’s stage, with cash and gift prizes going to the top contestants and a grand prize of $1,000. Tickets are $15.

La Patronal is a unique brass band from Lima, Peru. Rooted in the tradition of ‘fiestas populares’ or town fairs common in rural villages across Latin America, La Patronal honors these gatherings, which celebrate tradition through fireworks, dancing, and religious images. La Patronal members are direct descendants of rural musicians from Peru, and use this knowledge of folk culture in combination with their formal music studies to preserve their heritage while also bringing it to the present. Their lively performances encourage audience participation and dancing with contagious percussion and vibrant brass and winds.  This performance is partially underwritten by grants from the Mid-Atlantic Arts Federation and Robeson County Arts Council and includes a free community dance workshop at the theater on Saturday afternoon. Tickets are $15 each or $10 for Students with current ID.

Virtuoso trumpeter Dean Simms, as Satchmo, is the leader of this band which has performed throughout the world.  Along with his uncanny re-creation of Louis Armstrong, Dean has performed or recorded lead trumpet with many famous acts, such as the Ohio Players, Rick James Stone City Band, Peabo Bryson, Little Anthony, Roger Troutman, and many more.  Dean Simms plays trumpet like the master himself and matches his singing style exactly as well as his playing, showmanship and on-stage persona. Tickets: Individuals $25, Seniors (65+) and Military $22. Students $10, PrivilegesPlus members $20. Group discount rates of $20 each for groups of 10 or more when purchased in advance are available by contacting the box office.

Directed by the theater’s resident artist, Kendrix Singletary and based on the popular comic strip by Harold Gray, Annie has become a worldwide phenomenon and was the winner of seven Tony Awards. With equal measures of pluck and positivity, little orphan Annie charms everyone’s hearts despite a next-to-nothing start in 1930s New York City. Tickets: Individuals $25, Seniors (65+) and Military $22. Students $10, PrivilegesPlus members $20. Group discount rates of $20 each for groups of 10 or more when purchased in advance are available by contacting the box office.

Published in Entertainment and Lifestyles