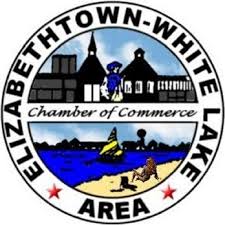 The Elizabethtown-White Lake Area Chamber of Commerce is launching an Ambassador Program on March 17 at 6 p.m. at San Jose Restaurant in Elizabethtown. Applications will be available for those that want to become Ambassadors. To learn more about the Chamber Ambassador’s Program click here.

Chamber Ambassador Program Chair Lisa Clark said that the program will provide an opportunity to have more involvement community-wide and from businesses.

“I was part of an ambassador program in the Chamber in Whiteville,” said Clark.

She said her experience as a Chamber Ambassador was positive and that many of the former Chamber Ambassadors still remain in contact with each other. Clark added that the program is also a great networking opportunity.

Clark said she has seen a lot of benefit s form the program in that it develops a tight knit group that is working toward a common goal. She added that it is just an additional tool the Chamber can use and it helps people to learn about the different businesses. She said it is another way that folks can get to know someone from another company and learn about that company.

Clark described her experience as positive.

“I was new at that time to the community and someone approached me to become an ambassador. I got to meet people I normally would not have met,” said Clark.

She said that the Ambassador program in which she took part held their own meetings and a fundraiser.

“There are opportunities to serve in different capacities at different events. There are a lot of talented people that have a lot of ideas. The more talent you bring to the table the better it is for the community,” said Clark.

She added, don’t forget to wear your green for St. Patrick’s Day.