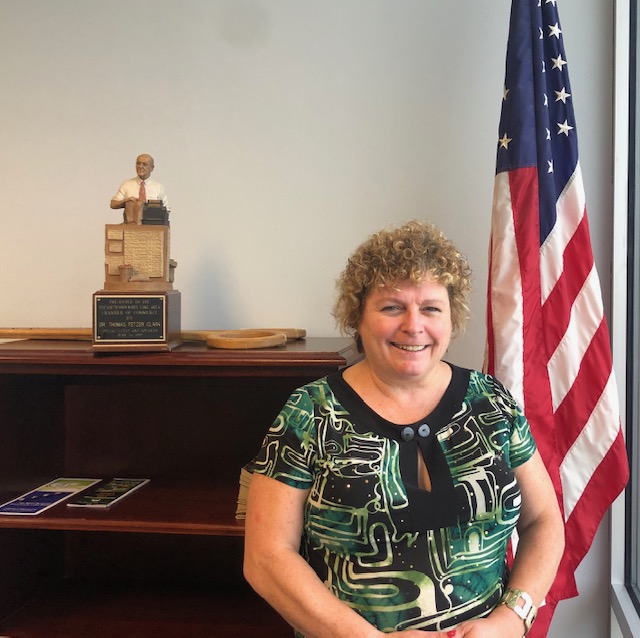 On Thursday, February 25, 2021, the Elizabethtown-White Lake Chamber of Commerce held their annual awards meeting virtually for the first time in its history. Executive Director Terri Dennison gave a recap of the previous year and new programs for 2021.

The brightest stars of the year were presented with awards before the meeting but were recognized once again for their achievements during the virtual session.

On February 18, Dennison and Chamber board members presented awards to recipients at their places of business. Chamber members elected the winners. The awards are traditionally presented at the Chamber’s Annual Banquet, but COVID-19 safety precautions limited the number of people who could attend the award ceremonies.

Barefoot Brew won the Outstanding Chamber Member of the Year.

This year the Chamber added a new award, the Legacy Award. The award was made to recognize a person who, through the course of their employment and their day-to-day job, has supported the efforts and initiatives of the Chamber. The 2020 Legacy Award was presented to Eddie Madden, Town Manager of the Town of Elizabethtown.

Mr. Alex Munroe and Mr. Eddie Madden were present during the Chamber’s virtual meeting after the awards were presented. Mr. Munroe thanked the chamber members for their support and the award during the virtual meeting. Read more about the awards and the recipients in the article Elizabethtown-White Lake Area Chamber of Commerce Announces 2020 Award Winners.

The Chamber passed the President’s gavel from Jennifer Leggett with Minuteman Food Mart to Anne Byer with Farm Bureau.

The Chamber members are also excited about the new changes to the elizabethtownwhitelake.com website. Dennison explained the changes would make the site interactive. Members will be allowed to make changes to their listing and to announce their upcoming news and events.

The next Chamber meeting will be held on March 16, 2021, at noon with Dawn Hughes, Plant Manager of Chemours.