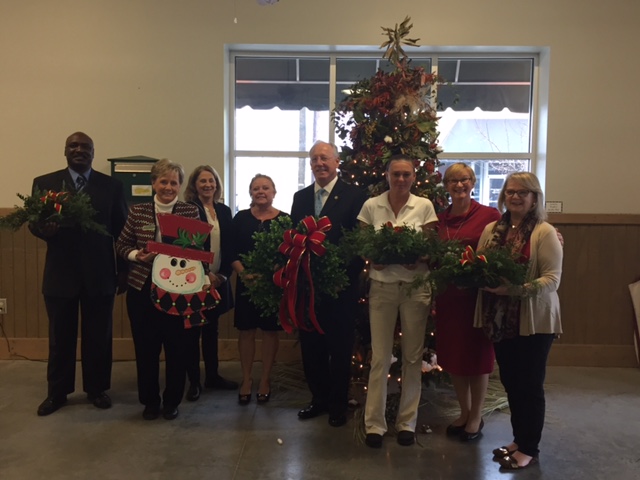 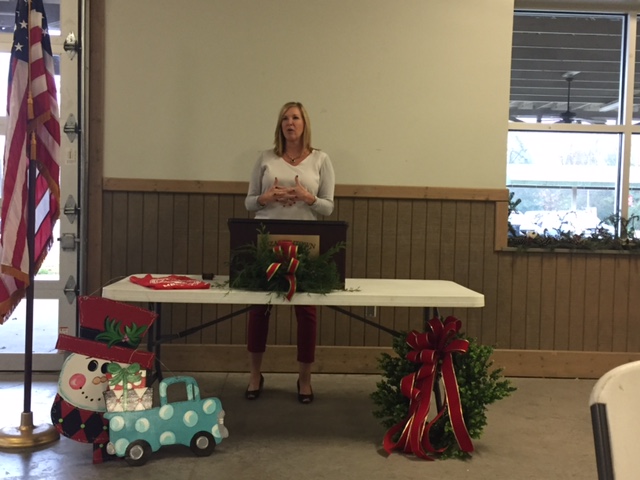 The Elizabethtown-White Lake Area Chamber of Commerce met for their December luncheon on Tuesday afternoon at the Cape Fear Farmer’s Market in Elizabethtown. NC Rep. William Brisson was to have been the guest speaker but Gov. Pat McCrory called the legislature back into session and Brisson was unable to attend.

Chamber Executive Director Dawn Maynard discussed the chamber’s programs and upcoming events for 2017. She told the board that an updated survey will be sent to Chamber members using the Survey Monkey website. The purpose of the survey is to gather feedback regarding programming and events that the members would like to see.

“This survey will be a great tool to help me do a better job,” said Maynard.

She thanked the radio station for their broadcasting with the live remote from the Elizabethtown Christmas Parade. Maynard deemed the parade a success saying it was the largest and best parade yet.

Maynard also discussed upcoming events including a Business Expo that is set to take place on February 17 at Cape Fear Vineyard and Winery. Maynard said that spaces for the Expo are limited and she has already begun to receive inquiries about vendor spaces.

The Summer Sounds Concert series will once again take place the second and fourth Thursday in July and August at the Cape Fear Farmer’s Market. The bands for the 2017 Summer Sounds Concert were announced. They will be the Coastline Band, Band of Oz, the Legacy Motown Revue and Blackwater Rhythm and Blues.

Other events for 2017 will include but are not limited to the Sunset Jams concert series at White Lake. The bands will be announced at a later date. Maynard reminded members of the annual Downtown Sidewalk sales and Shop Local events which will also take place again in 2017.

Maynard said the local merchants gave a lot of positive feedback with this year’s Shop Local events and are looking forward to next year’s event. The Elizabethtown Christmas parade is not limited to merchants and nonprofits, said Maynard. She noted that anyone can enter the parade and all they have to do is contact the Chamber office for more details.

Arthur Bullock introduced Mr Keith Baldwin who is the new Account Manager with WBLA radio station.  Bullock also reminded members that the radio station is hosting a Toys for Tots drop off box and members are encouraged to drop off a new unwrapped toy in the box.

Maynard told those gathered that Cape Fear Vineyard and Winery will have a ribbon cutting and open house Wednesday, December 21, from 4 p.m. until 6 p.m.

There was also a drawing for door prizes which consisted of the table decorations, a wreath, a snowman door hangar and a truck door hangar.