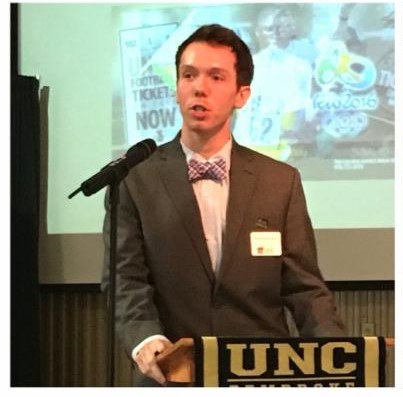 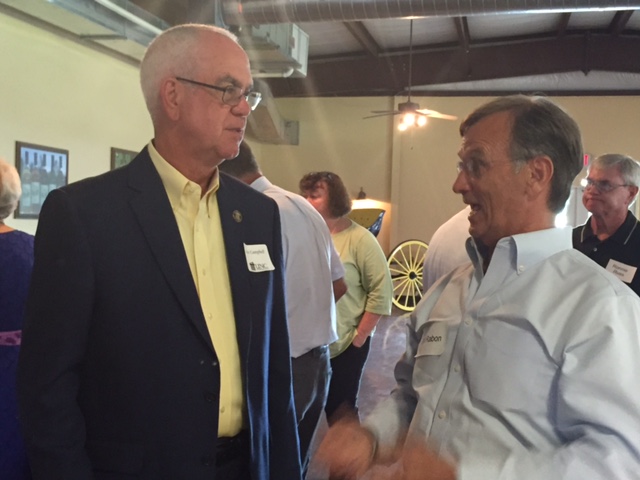 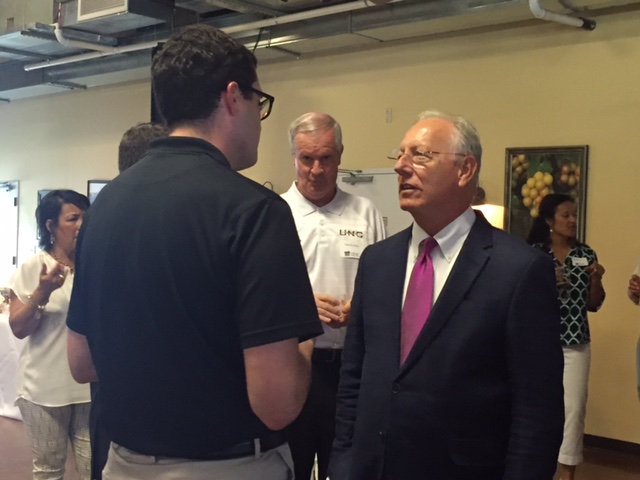 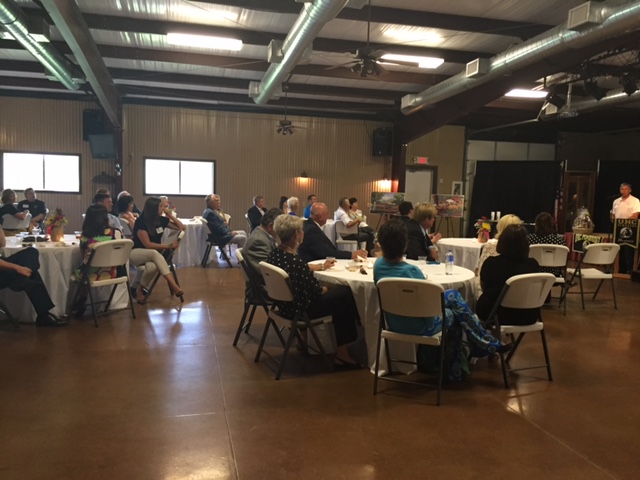 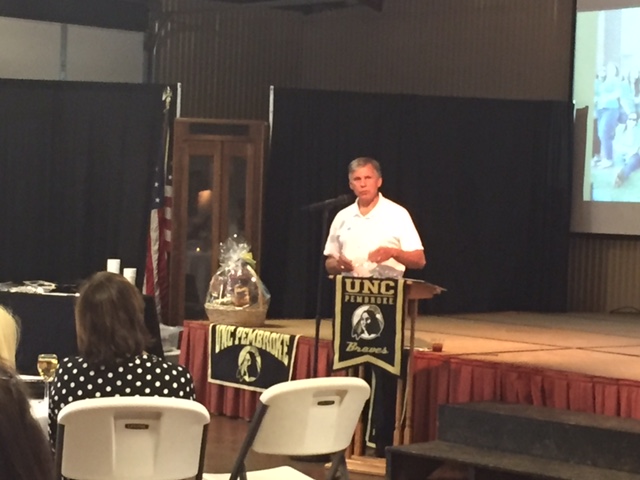 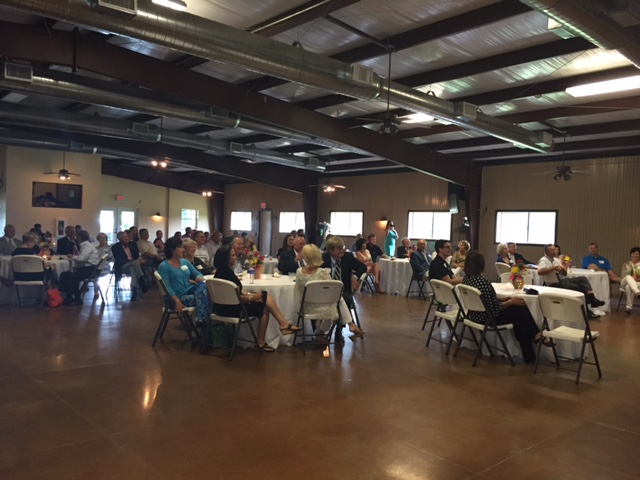 A reception was held in honor of incoming UNC-Pembroke Chancellor Robin G. Cummings and his wife, Rebecca, at Lu Mil Vineyard in Dublin. The event was hosted by the UNC-Pembroke alumni and friends. Chancellor Cummings discussed many items including the Student Health Center.

During the event, Chancellor Cummings discussed the  fitness and wellness center on the campus which is named the Mac and Sylvia Campbell Wellness Center. The center, which was completed in 2006, houses fitness equipment, said Chancellor Cummings.

Chancellor Cummings said that among other things, Mac Campbell is a graduate of UNC-Pembroke and has served on the Board of Trustees and works tirelessly in support of the school.

“These folks are truly dedicated to what they do,” said Campbell of the faculty and staff of the university.

“We want to change lives all across the region,” said Chancellor Cummings.

He said the school has a partnership with Bladen Community College that allows the students who transfer to UNC-Pembroke to receive credit for all of the courses they complete at BCC.

“Our students are better prepared than ever,” said Chancellor Cummings.

He also told those gathered that a UNC-Pembroke student will be competing in the upcoming Olympic games in Rio for his home country of Zimbabwe.

Chancellor Cummings said the school has also received a $3 million grant to make changes to the school’s entrance on Prospect Road. The project was begun in January and will include a four-laning the road and adding a traffic circle.

Also, UNC-Pembroke has received $23 million form the State of North Carolina and will begin to work on constructing a business school.

Other highlights included a new business incubator that serves a 10 county region, and the completion of a 12,000 square foot student health facility.

Chancellor Cummings said that the school has an agreement with ECU for students who wish to pursue a doctorate degree in Physical Therapy that allows UNC-Pembroke students access to four spots in the ECU program.

UNC-Pembroke student Christian Ryckley spoke to the group as well.  He said the choice to attend UNC-Pembroke was made easy by the attentiveness of the faculty and staff.

Ryckley said the faculty and staff treated him like family.

He described his visit to the campus as one that was inspiring. Reckless said he and his father and a fellow student from White Oak were touring the campus when they encountered a professor who turned out to be Dr. Mandjiny. Ryckley said Dr. Mandjiny learned of his visit and decided to meet him.

“He showed me each and every lab and explained the nuances of all of the equipment,” said Ryckley.

He said he came away from his visit at UNC-Pembroke knowing that was where he wanted to attend college. Ryckley said he visited other schools including UNC Chapel Hill and Duke University but he felt most at home on the campus of UNC-Pembroke.

Ryckley is planning to complete a medical degree and would like to teach in medical school.

He strongly encouraged those who are searching for a school to consider UNC-Pembroke.