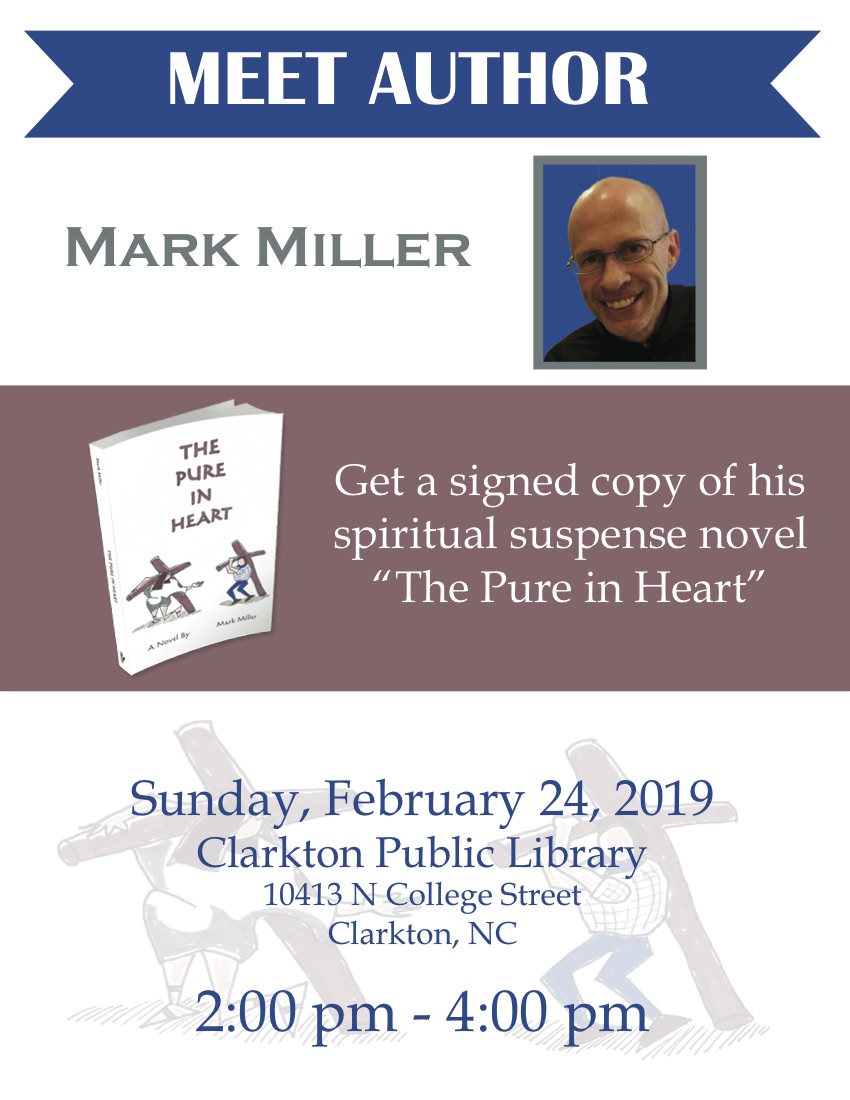 A Clarkton author will hold a book signing on Sunday, February 24th at the Clarkton Public Library from 2 until 4 p.m.

Clarkton First Baptist Church Pastor Mark Miller will be signing copies of his novel, “The Pure in Heart.” Copies can be purchased the day of the signing for $15 each plus tax.

“It’s my first book. On one hand it’s exciting and on the other, it’s scary because I want people to enjoy it,” said Miller.

The book is Christian fiction and tells the story of someone caught between two different life callings. According to Miller, the book is about a Pastor, Josh Mason, who receives a call from a vagrant named David who wants to be saved. What the Pastor does not know is that David is a “Preacher Hunter.” David tries to hurt the Pastor. Miller won’t divulge the ending.

“Ultimately, it’s about authentic Christian discipleship and being completely honest about what it means to be a Pastor,” said Miller.

Miller said he also has written short stories in the past and had them published while attending seminary at Southern Baptist Theological Seminary in Kentucky. He has served as Pastor at Clarkton First Baptist Church for eight years and prior to that he served in Aiken, South Carolina for 16 years.

Copies of the book may be purchased in hardback, paperback, and e-book formats from amazon.com, Barns and Noble, goodreads.com, netgalle ry.com, and kobo.com.