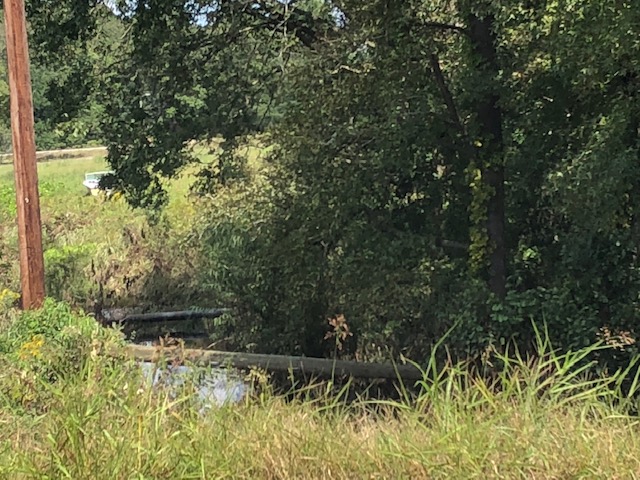 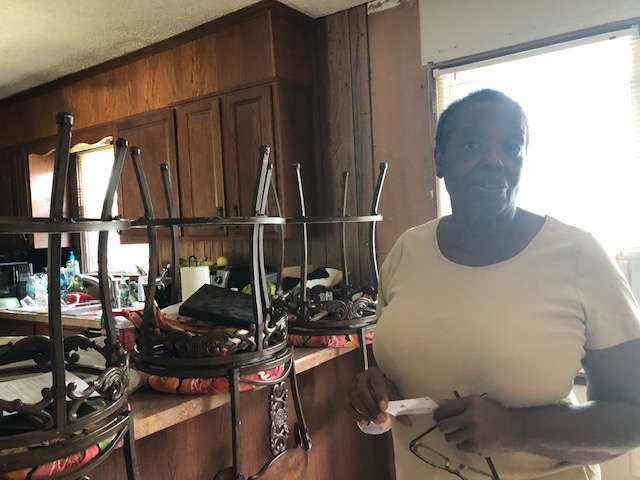 Following the wrath of Hurricane Florence, Clarkton residents are angry and seeking answers from their town board regarding flooding issues in the town.

As you drive through the town, there is debris from flooded homes piled along the roadside, waiting to be removed.  Public Works Director Chris Hall said the town hopes to have two 40-foot construction dumpsters delivered on Monday, October 8, so the Public Works Department can begin clearing the debris from the sides of the town’s street.

In front of the home of Bonnie McLaurin on North Elmhurst Street sat a pile of debris which included furniture, carpeting, flooring, duct work and insulation which had to be removed in order to allow the house to dry out.

On Wednesday, McLaurin was seated near her car porch, which was filled with her belongings which were able to be salvaged and covered with a tarp.

“I’ve lost everything. My car, my house, everything,” said McLaurin.

She said she has met with FEMA and her insurance company is replacing her car. McLaurin is planning to stay with her son in Lumberton while her home is being repaired.

Another Elmhurst Street resident, Sandra Guyton, said while she is angry over what happened, and felt the town was responsible for the flooding due to the ditches that needed cleaning, she also appreciates the volunteers who have helped her to clean her home, and tear out walls and duct work in preparation for repairs.

She explained the flooding of her neighborhood occurred because the ditches were not clean out prior to the storm. Guyton, who has lived in Clarkton for 40 years, said “We’ve never had water like this.”

She added, during the storm, the residents had to be taken out of the neighborhood by boats, and then her husband called their son to come and get them from the Clarkton Fire Department.

Guyton said the residents of Elmhurst Street have spoken to the town board about the matter and made their issues known. She explained, “We went to the town board. Bless them, it’s not their fault.”

Ella Baldwin said she has lived in the neighborhood for 10 years but this is the first time her home has flooded.

“We had no problems in Hurricane Matthew,” said Baldwin.

She said this time, the water was underneath the house and ruined the duct work and wet the insulation. The furniture in the bedrooms will have to be replaced as will the floors and walls.

Baldwin said she is waiting to hear from FEMA and they have filed with their insurance company.

The town board says the ditches are cleaned once per year in November. Town Commissioner, Stephen Hester, said Hurricane Florence struck before the ditches were cleaned out.

One resident even posted a sign in his yard against the Clarkton Town Board.

“We’ve learned from the experience and will make some adjustments,” said Hester.

When asked about the sign, he said, “They’re going to have to be patient with us and let us figure things out.”

Town Commissioner, Lawrence McDougald, said the ditches are not the town’s responsibility.

“People need to learn to take care of themselves,” said McDougald.

He insisted the ditches have nothing to do with the flooding that ocurred.

“They forget the man on TV. They asked him about it, he said the water part of it is way understated,” said McDougald.

McDougald explained he experienced flooding himself. McDougald said he had a pack house that got three feet of water in it, and had water in his garage as well before evacuating.

McDougald added cleaning the ditches are the responsibility of the landowners, and not the town. He added the town does clean the ditches once per year in November.

McDougald also said residents were upset about the debris removal process. The town’s Public Works Department has recently gotten approval for reimbursement from FEMA for the clean up.

He also stated Waste Management has been “running behind schedule due to the storm.” Hall assured that as soon as the dumpsters are delivered to the town, Public Works will begin removal of the storm debris.

Hall said the town has rented an excavator and will begin picking up and removing the construction debris first then they will return and pick up the appliances and metal.

“We were waiting to try and do it all at one time,” said Hall.

Hall said if everyone will try to have their debris on the side of the road and sort it by construction debris, appliances and metal, and leaf and limbs, the town will try to remove it in a timely manner.