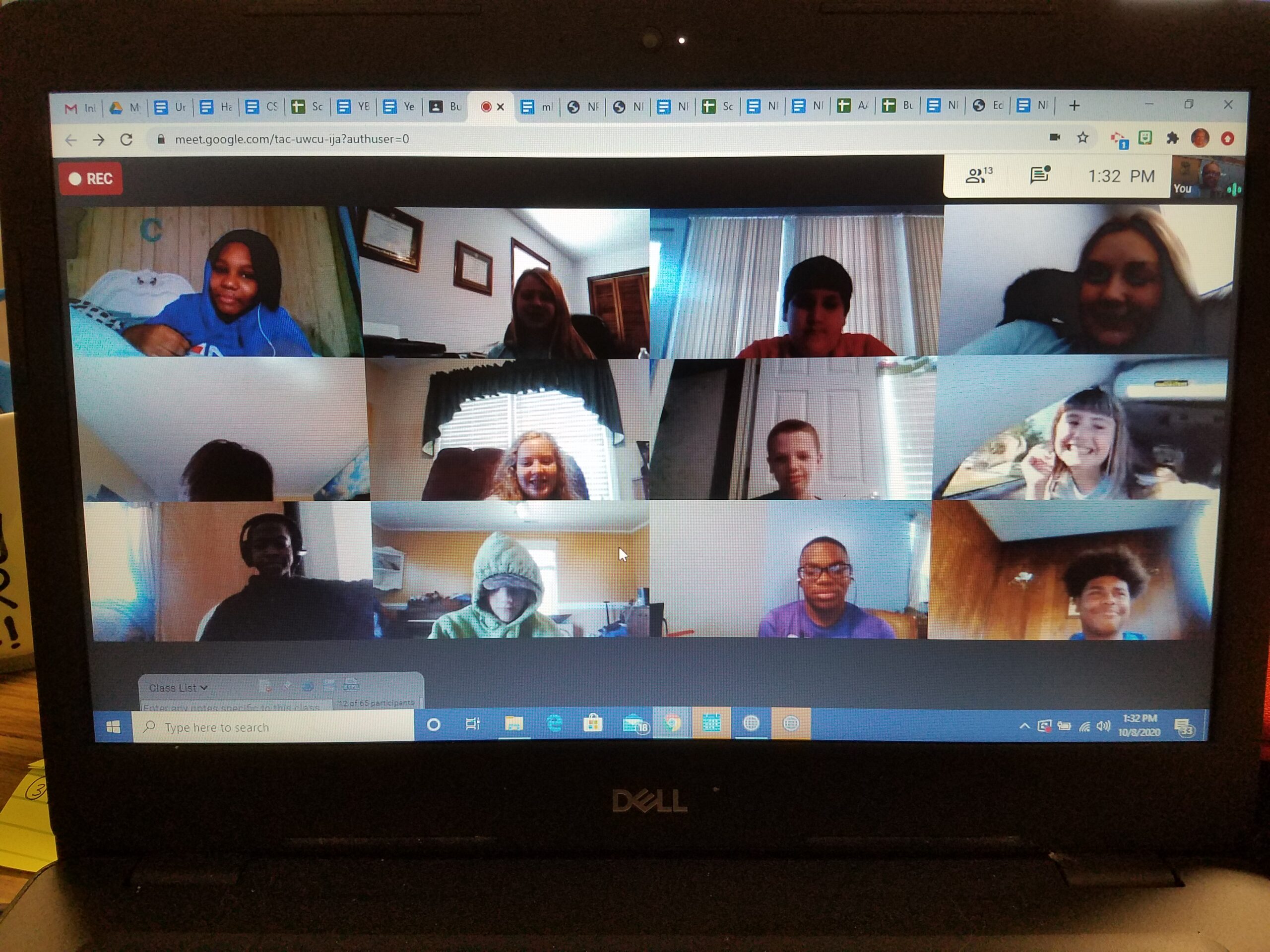 There’s a group of students at Clarkton School of Discovery doing some pretty magical things, even during this pandemic.  They have been rolling out school newspapers at an impressive rate — three 15-page newspapers packed full of school news in the first six weeks of school.  They have plans to publish four more newspapers between now and the Christmas break.  And, they haven’t even met in-person yet!

The 7th Graders in Mrs. Brenda Storms’ homeroom were all assigned to an afternoon elective class called, “What’s the Scoop?”  It was created to help the students hone their writing skills, learn the aspects of journalism, and show them how to publish a school newspaper.

CSD Principal Stephanie Norris spent part of her summer planning and organizing the school’s elective classes.  As an A+ School, CSD offers its students electives that are content-based but incorporate a heavy focus on the arts.  The school is known far and wide for its innovative, high-interest afternoon elective classes.

Norris thought it would be a good idea to offer her students a “newspaper class,” and she talked to Marsha Burney, a retired English teacher who now teaches half-days at CSD.  Burney worked as a professional journalist before she began her teaching career, and she also taught high school Journalism for almost all of her 30 years of teaching.

“When Mrs. Norris first talked to me about this class, I thought she was really dreaming big,” Burney said.  “After all, she was talking about 7th Graders … just kids who are 12 and 13 years old … not a single one of them had any experience with writing newspaper articles or publishing a newspaper.”

But, for some reason, Mrs. Norris thought these students had the potential to produce professional-quality newspapers. “ I seriously doubted her vision,” Burney admitted.

Despite her doubts, Burney forged ahead with her principal’s vision.  She met with the students virtually every day through Google Meets, teaching them to polish their writing skills, to pick up on proofreading tips, to devise a list of questions for story ideas, and to conduct interviews.

Two weeks of virtual meetings — and many extra hours of work on the students’ part — and the class produced their first school newspaper.  It had been over 20 years since CSD last had a school newspaper.

“I was floored!” Burney stated. “It was 15 pages of school news and articles that the staff thought would be interesting to the entire student body.  It was quality work done in record time under the very strange circumstances of a pandemic and completed by a bunch of kids who had never done anything like this before.  Mrs. Norris was right!”

That’s when the newspaper’s editor, 7th Grader Brenna Hester, stepped up.  For the first two editions, the students had done all of the work except the graphic design skills needed to turn articles, pictures, and headlines into the finished product; the teacher did that advanced chore.

Brenna asked Burney if she would teach some classes in graphic design so she could “lay out” the third newspaper and be totally responsible for it.

“I think my jaw dropped to the floor,” Burney added with a laugh.  “I thought that Brenna had been around Mrs. Norris too long — they both set these lofty goals that seem impossible!”

Burney’s “impossible” became a reality two weeks later when the class published yet another newspaper (their third for the year); the students did all of the work just as they had for the previous ones, but Brenna designed all the pages on the computer and completed all the lay out for this one.

Burney added that all of the students in the class have contributed to the success of the newspaper.  She called them “the most unique, talented, fun bunch of kids” she’s ever taught.

The students on the newspaper staff are still not satisfied that they have reached their pinnacle.  Their next newspaper is due to be published the week before Halloween, and this one will have something extra — an entire additional section devoted to Halloween ideas, stories, themes, costumes, and recipes.  It promises to be their biggest paper yet.  The group is on course to produce another two newspapers in November and yet another one in December.

The students say they enjoy the class, despite the hard work.  They appreciate that they get to come up with ideas, have input, and make the decisions.  They decided on the paper’s name (“News of the Blues”) and have planned all of the content for each newspaper.  They take great pride in their names being on the paper.

Brenna Hester, the editor, commented, “In the class, I would say the main things I’m learning are how to be clearer with my writing and how to correct my grammar.”  She said she loved working on the staff and being the editor.

“I think it is very important for our school to have a newspaper so other students and people are aware of what’s going on at CSD,” Brenna added.  She called the class “super fun.”

Another one of the student journalists, Cabria Baldwin, said, “Being on the newspaper team has brightened my perspective on writing.  It will be an experience that I will never forget.”

Staff member Carlee Atkinson chimed in.  “Not only am I learning to write articles, but I’m learning how to converse with people to get information for my stories.  I’m learning research skills, too,” Carlee said.

Rebecca Johnson, a new CSD student this year, said working on the newspaper staff is “fun.”  She said she’s learning a lot and she thinks the newspaper is vital to keep other students informed.

Staff member Isaiah Robinson added, “I really like this class because I get to come in touch with people I don’t know — and they can be more like me than I realized.  I think having a newspaper is good for our students because it lets other people see who is working hard.”

All of the newspaper staff members said they hoped this class would be offered again next year.

Burney concluded with these thoughts. “When I completed my student teaching experience back in 1988, Mr. Bill Horchler at East Bladen was my supervising teacher,” she recalled.  “Mr. Horchler told me something that first day of my student teaching that has stayed with me all these years.  He said, ‘In a classroom, magic will occur where magic is allowed.’  What I’m seeing with this group of kids is pure magic.  There’s no other way to describe it!”