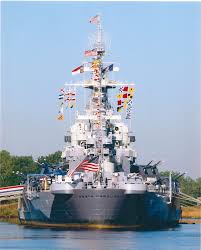 Col. Clark has commanded the Wilmington District since June 2017. During his tenure, he led the District through 4 Federally Declared Disasters in 3 years (Hurricanes Irma/Maria, Hurricane Florence, Dorian, and COVID-19 Response) becoming one of the most experienced Commanders with Disaster Management within the U.S. Army Corps of Engineers (USACE).

Under his command, the Wilmington District has excelled at executing a robust $350M annual mission that includes all business lines in Civil Works; Military Construction and  Sustainment, Restoration and Modernization support to the Special Operations Command at Ft Bragg; full program execution for the Military Ocean Terminal Sunny Point (MOTSU).

In addition, he led the District’s Regulatory Program which developed innovative methods to streamline regulatory processes without compromising its mission to protect critical water resources throughout North Carolina.  During his time, the District developed a unique proficiency in managing USACE’s Shallow draft dredge fleet that provides vital service throughout the Atlantic seaboard and the gulf coast.

Through the Office of Personnel Management Federal Employee Viewpoint Survey (OPM FEVS), the District earned the distinction of being one of the best federal places to work each of the three years under Clark’s command.  The OPM FEVS measures employees’ perceptions of whether, and to what extent, conditions characteristic of successful organizations are present in their agencies.

Col. Clark plans to retire with his family in Wilmington.

Col. Bennett comes to the Wilmington District from attending the U.S. Army War College in Carlisle Barracks, Pennsylvania, where he earned a master’s degree in Strategic Studies.