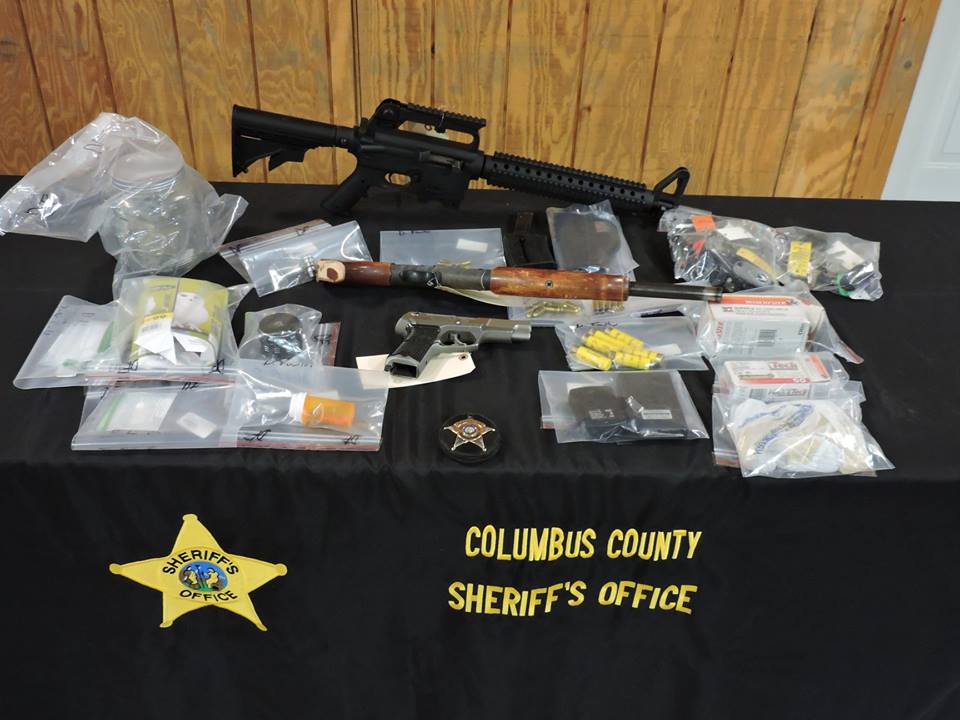 Chadbourn, NC – On March 27, 2018, Columbus County Sheriff’s Office Deputies were dispatched to WR Cribb Drive in Chadbourn in reference to a suspicious vehicle parked in someone’s yard. When deputies arrived, they located a male inside of the reported vehicle. The male provided deputies with a fictitious name. Columbus Central ran the male’s name. Deputies were advised that the male suspect had outstanding warrants. When the male discovered that he was being arrested for the outstanding warrants, he attempted to flee from the arresting deputy. He also struck a deputy during the incident. On-scene deputies located narcotics in the suspect vehicle. Columbus County Sheriff’s Office Vice-Narcotics Unit was contacted for further investigation. 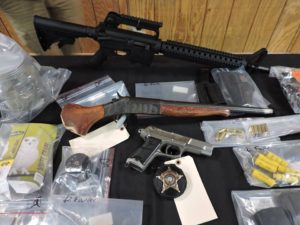 Vice-Narcotics Detectives arrived on scene and thoroughly searched the suspect vehicle. Inside the vehicle, they located a large amount of marijuana, cocaine, unknown tablets, a handgun, a .22 caliber rifle, a 20 gauge sawed off shotgun, live ammunition, digital scales, a grinder, and a large amount of packaging materials. Detectives also located evidence linked to a multi-state investigation.