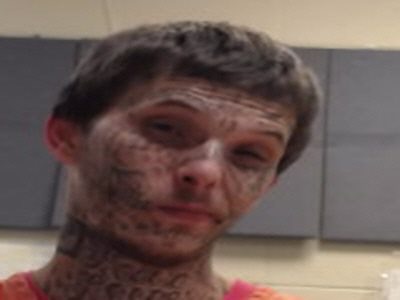 A CCSO Deputy pursued the vehicle with active lights and siren.  The Honda failed to stop.  A pursuit ensued.  The Honda stopped when it wrecked in close proximity of the Hasty Mart located at 505 Joe Brown Highway North in Chadbourn.

Timothy Paul Owens, 30, of Asheboro was driving the vehicle while his girlfriend, Kayla McNabb, 30, of Hampton, TN was in the passenger seat.  An eleven (11) year old juvenile was located in the back seat of the vehicle.

A search of the vehicle was conducted.  Columbus County Sheriff’s Office Vice-Narcotics Officers located a crystal like substance, same being methamphetamine, and drug paraphernalia in the glove compartment of the vehicle.  Owens and McNabb were arrested and charged for the above crimes.  The Department of Social Services was contacted concerning the juvenile.  The juvenile was turned over to the care and custody of Social Services.  McNabb posted her $5,000.00 secured bond and was released on May 23rd.  Owens posted his $30,500.00 secured bond and was released on May 25th.

On the night of May 25th, following the conclusion of an unrelated search warrant, several Columbus County Sheriff’s Office Deputies and Investigators drove to the Time Saver gas station located on Washington Street in Whiteville.  The officers sat in an unmarked vehicle waiting for the gas station to reopen.  While they were waiting, they witnessed a male outside of the gas station using exaggerated hand gestures while on a cellphone.  The officers recognized the male as Timothy Paul Owens.  While Owens was on his cellphone, the officers overheard him telling the other party that the Sheriff’s Office did not get all of his meth when he was arrested because he threw the rest of it out the window.  Owens told the other party where he tossed the narcotics out of the window.  While keeping Owens under surveillance, Columbus County Sheriff’s Office Vice-Narcotics Unit responded to the location to search for the narcotics.

During the time the investigators and deputies were searching for the narcotics, Owens and McNabb drove by very slowly.  Columbus County Sheriff’s Office Vice-Narcotics Investigators located a large quantity of methamphetamine in the bottom of a ditch where Owens’ vehicle came to rest after he wrecked on May 18th.

The Columbus County Sheriff Jody Greene said on social media, “I am proud of the deputies and investigators involved in this investigation.  Their vigilance and their determination to locate this hidden methamphetamine prevented it from being sold on the streets or located and ingested by a curious child.  This is another job well done!”