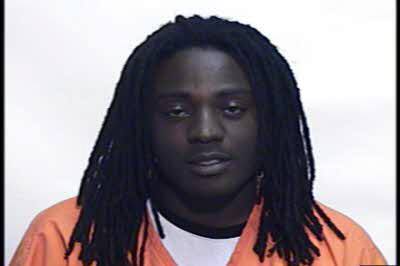 Sheriff Jody Greene would like to ask the citizens of Columbus County for their assistance in locating a wanted individual. The following individual is currently wanted for questioning in the Brittany Lane triple homicide by the Columbus County Sheriff’s Office and is considered to be armed and dangerous. This individual also has outstanding warrants for his arrest from an unrelated case.

This past Saturday morning Columbus County first responders were called to Brittany Lane in reference to a shooting. According to Sheriff Greene upon arrival four people were found with gunshot wounds. A five year old boy, his mother, father and grandmother all had gunshots.

The victims, Leonel Ciprian Noyola, his wife, Nancy Trujillo Espinoza, and his 5-year-old son, Alexis Trujillo, died. The grandmother, was shot, but survived the wound.

If you were to encounter this individual, please don’t approach him, instead call 911 immediately. Additionally, Sheriff Greene wants to remind the public that it is important to pay attention to what is going on around you and to call 911 if you see anything suspicious. Any information given will remain anonymous.

Updated: Another victim dies from gunshot in Columbus County